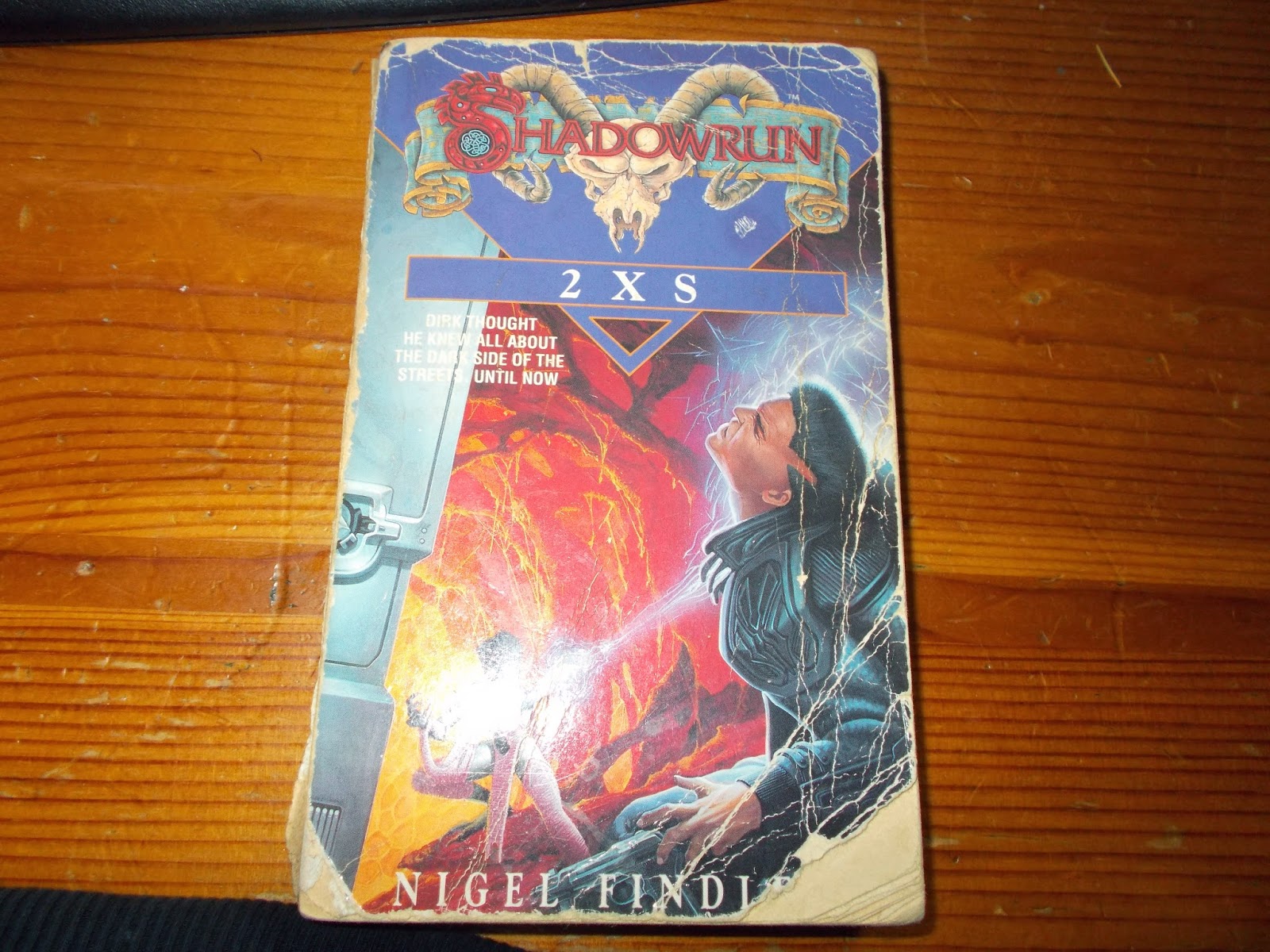 I tend to run my games like films, plenty of plot, colourful villains, small skirmishes that develop into possible world ending catastrophes, the usual sort of thing, so when it comes to the sort of fiction that I like to read on game worlds, it tends to follow the same sort of lines.  Thus in the early nineties, without knowing anything of the sourcebooks that he’d written, I came across the writings of Nigel Findley.

The first book he wrote was called 2XS, regarding a new type of electronic drug on the streets that caused people to burn out and die from the effects.  The main protagonist was a Derek Montgomery, himself burned out from life various perils and doing his best to make a difference in a world he no longer believed in.  He had personality, he was weary in ways that men should not be, a thing that I am only just beginning to understand myself.  The supporting characters weren’t cardboard cut outs, but independent with strong motives of their own, there were reasonable plots that didn’t stretch the imagination, and then he built on the premises that were given and walked them up into the massive plots where the world was at risk and a man hopelessly out of his depth had to rise to the challenge to make the difference, culminating in a top level shadowrun against a corporation backed up by an otherworldly power stronger than all of them.

There was some name dropping going on for those who were familiar with the Canon of the world, but I wasn’t that familiar with it, only finding out years later that many of those listed had entries in various shadowrun sourcebooks.

The second book was called Shadowplay, again taking a young ganger called Falcon and involving him with an older, wiser runner who puts him on the road to greatness, this time with a small gang related incident that rapidly escalated into a full blown shadow war with everyone trying to kill everyone else to get their hands on Data that could change the flow of the awakened world.

The third book was called Lone Wolf, this time taking the part of Rick “Wolf” Larson, a deep cover operative working the

The last book was called House of the Sun, where we returned to Derek Montgomery and his life since the end of the previous book, doing better than he was, but still living down on the street level till he’s called back to serve the corporation that he got involved in in the first book. Soon he found himself embroiled in a plot that went from the small plans of the local Yakuza to the corporate use of Ortillery on a civilian populace in an attempt to keep the rebels down, with a final showdown on the side of a volcano while gods and monsters fought in the background.

I’ve got a number of the other shadowrun books, and for the most part I found them enjoyable, but not so much as Nigel Findleys, he had the particular gift of making characters seem not only believable, but likeable. He concentrated on the human element of the story, letting you ride alongside them, revealing the story as they would have encountered it and thereby giving you the same shocks and thrills that they encountered.

Nigel Findley was a prolific writer for various games systems, but died suddenly aged 35 of a heart attack with no warning. I remember thinking at the time that he must have been an older man who had lived the life most gamers do and it had finally caught up with him, when I found out that he wasn’t that much older than me, I couldn’t help but feel that the roleplaying world lost one of its brightest stars at a time when he was only just getting into his stride.

To this day I have not found another writer who managed to do fiction based on games worlds that were as evocative as his, and by this man if no one else, his absence is certainly felt…
Posted by John Dodd at 09:46