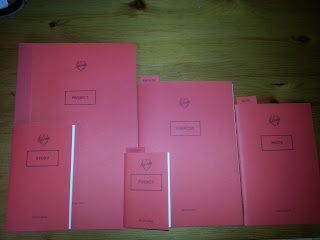 A short while ago, one of the notebooks I was given to review struck a chord on a number of levels, this was the Silvine Pocket notebook, impressing me with the combination of superb paper, excellent binding, and reasonable price point.

It turns out that the Pocket is not the only Silvine notebook out there, there’s a whole family, and they come in a range to suit anyone.

As always, in advance, I did not pay for these notebooks, they were given as a sample in return for an honest review.

The thing about Silvine notebooks, whichever size they come in, is that the paper is excellent, it’s just absorbent enough to bite, but it doesn’t drink the pen, and as those who know me will attest, paper than can hold the ink without having the whole cartridge is very important to me.  To demonstrate this, I had friends over the weekend, and as the lady in question needed a new fountain pen, I decided to carry out the consultation on one of the notebooks given.

This is the Project Notebook

Light blue five millimetre squares on one side and blank on the other to allow a combination of illustrations, diagrams, and writing (in whichever orientation you prefer), I let the lady loose, and as she is an enthusiastic bunny (Sorry H, but you are), she proceeded to try all the pens and many of the colours.

With the following results 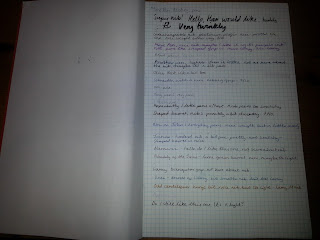 And the page after 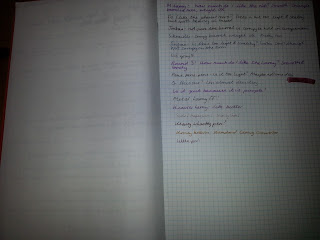 Bleedthrough, even when using the Kanji brushes, is minimal, and if you’re looking at the page rather than photographing it under high light, it’s almost non-existent.

This for me is at the core of the Silvine appeal, the paper is almost without equal, thicker and more resilient than Tomoe whilst retaining the tactile quality that allows writing using any width nib with equal efficiency.

That said, the notebooks I use tend to come in two different sizes, huge, and tiny, and Silvine do a number of others. 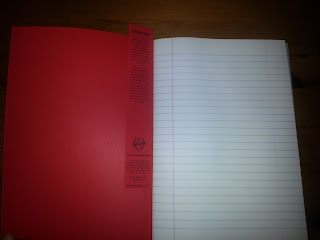 This is the Exercise book, harking back to the days of school (At least when I was a kid) when most books came with a margin built in, or had one drawn in biro to split the page up. A5 in size, same quality paper, perforated down the edge and coming with a backing board to let you write on any surface just in case you don’t have an old style desk handy.  Not to be confused with the lower quality books that we got to use at school, just in case anyone remembers the cheap and cheerful silvines we had to use back then. 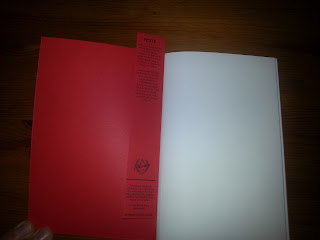 This is the Notebook, 190x125 mm, it’s just a little smaller than a moleskine notebook, same perforations in the side and while blank (not a bonus for me), it’s a good size to carry around. 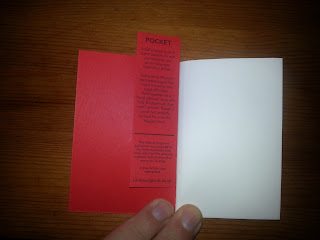 The Pocket I’ve already gone into on another review, but it remains part of my every day carry, just for jotting things down and storing them in the Fauxdori for use later.

All of these are available from www.silvineoriginals.co.uk, they are more expensive than most notebooks, the Pocket is £6.50 for 3, the Memo is £4.50, the Note is £6, the Exercise £7, and the Project £14.  However, other notebooks don’t have the level of quality that these books do, and getting fountain pen quality paper in a regular notebook is a rare enough occurrence, getting it in the larger sizes is all but impossible.  The only one of the notebooks that I’d hesitate in buying again would be the Project, and that’s because for the same price, I could get a new Leuchtturm, and I have a thing for hardbound notebooks. 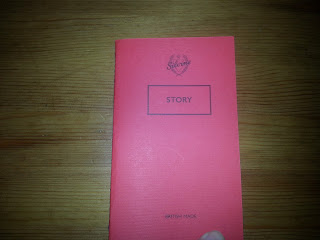 The last thing is the Story book, which isn't actually a notebook to write in, but a written history of the notebooks, where they came from and where they're going. 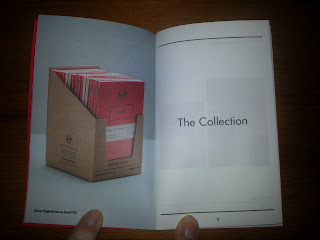 Fascinating to read through, but ultimately not a notebook, however, I am cheered by the notion that even with so long out of circulation, they're back and going strong.
Posted by John Dodd at 12:42

Because Poetry should adapt, with apologies to Kipling...

If you can run good games when all about you
Are dropping out and abandoning theirs
If you can trust your vision when all else doubt you
But understand why they don’t share it
If you can watch the door and not be tired by watching
Or have promises broken, while keeping your own
Or deal with jealousy, from those who did nothing
And yet still invite them back time and again

If you can dream, but not forget that dreams are just that without work
If you can think, and know that more than thought is needed
If you can see both Triumph and Disaster
And know that only your volunteers make the difference
If you can bear to hear the advice of others
Who’ve never stood where you are, but think to comment anyway
Or watch the things you give your life to, broken,
And stoop and build 'em again with worn-out feet:

If you can make one heap of programmes
And hope that everyone takes one, so you don’t have to take them home,
And finish each day, and start again the next
And never breathe a word about the sleep you never got;
If you can force your heart and nerve and sinew
To serve your attendees before and after they are gone,
And hold on when there is nothing in you
Except the drive that says to you: 'Next Year…'

If you can talk with Traders and keep your patience,
Or walk with Directors - one step back and to the right,
if neither Umpires nor Cosplayers can faze you,
If all Volunteers count with you, but none too much;
If you can fill the unforgiving minute
With sixty seconds' worth of crowd control,
Yours is the Convention and everything that's in it,
And - which is more - you'll be an organiser, of gamers…