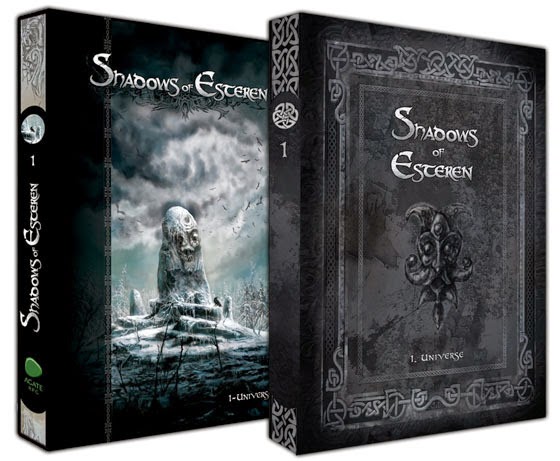 The problem with this one is that for the most part, if I want a game, I’m old enough to go out and buy it.  It’s not that I’ve got all the money in the world, it’s just that the new shiny doesn’t interest me in the way that it used to.  Back in the infancy of games, everything was new, everything was different, you could look at ten different games and really get ten different games, not ten copies of the same thing, or ten new worldbooks for a system that everyone knows such as FATE or Savage worlds.

Not that I’m saying there’s anything wrong with worldbooks and other things, but when you’re talking about RPG’s in general, there’s a difference between the concept of a worldbook and the concept of an RPG that stands by itself, own system, own rules, and all such other things.  The other problem of course is that wit
h PDF’s being as cheap as they are, even if I’m not sure about the game, the PDF is usually so cheap that I can get a copy of that, see if the game is any good, and then buy it if I feel the need to.

On the one hand, it’s like saying that PDF copies don’t count as the game, which they absolutely do, but I’m old school, and for me, you haven’t really got the game till it’s in your hand and you’re reading it by flipping through the pages, not clicking the scroll bar.

With that in mind, the game that I haven’t got in print that I’d really want to get is Shadows of Esteren, I got the PDF some time ago and I got the print copy of book 0 (which is the images that are on the review), which convinced me of the quality of the product in hand, but the problem for me is that while it looks fascinating, atmosphere, artwork, reasonable system, plenty of backup from the games creators, there aren’t enough people in the area to get a gaming group together (Barnsley isn’t one of those cosmopolitan cities where you can explain roleplaying and have people not judge...), and without a group to play the game, I can’t justify the outlay of more than a hundred quid for all the books.

And that’s a shame, because from the PDF’s that I’ve read, Shadows is an excellent setting, part dark ages, part cthulhu, part dark fantasy, and it’s strength is in it’s setting.  The system is reasonable but lethal, unwary people are going to go through a lot of characters in not a lot of time, and it makes no apologies for that, which I like a lot.  There’s a lot more material coming out for it (too slowly for some of the fans) and there’s a whole plot arc going on that’s being fed out in steady chunks, so it’s not likely to run out any time soon.

It’s won awards for presentation against companies that have been around for years more and it shows no signs of slowing down, with soundtracks and adventures being released for it as well.  When I get chance to properly play the game and see what it’s like, I may be tempted sufficiently to buy the other books and see what I can do with them, but at the moment...