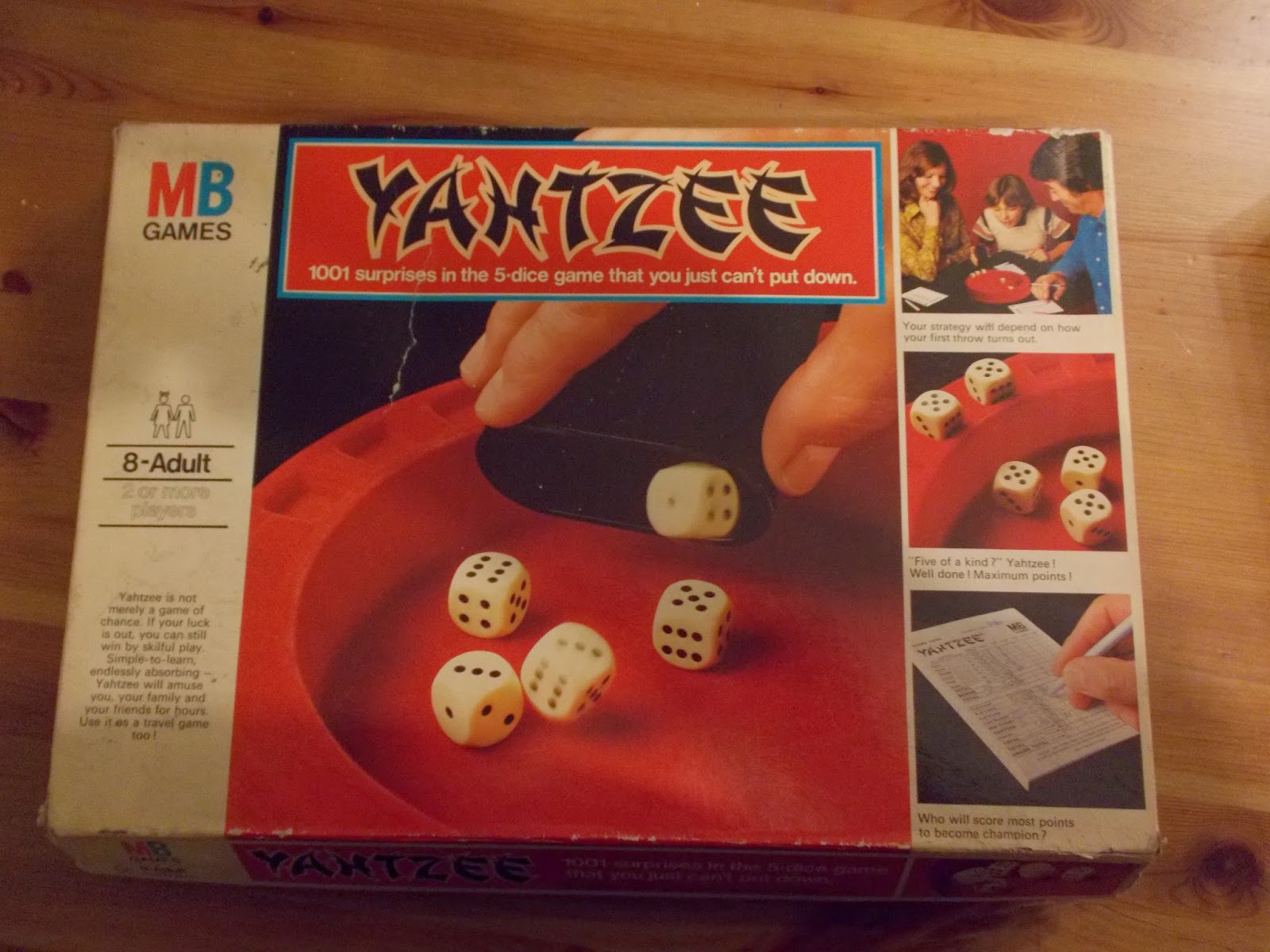 I started playing games young, there wasn’t much on TV (and to be fair, you had to have a TV in the first place to watch it, which we didn’t), and when you lived in Yorkshire, you didn’t have to be told life was Grim Up North (tm), you knew it.  But I had a few things I was grateful for, a few people that brightened my life immensely.

My Nan was one of those fierce ladies, she was one of those ladies who wouldn’t put up with things that were wrong, she liked a beer in the evening (and sometimes one at dinnertime), she cooked meals that consisted of meat and potatoes, with occasionally non essential (that’d be everything that’s not a potato) vegetables and gravy that you could stick a knife in, and she believed in doing what she wanted to do, rather than waiting for someone to tell her she could do things.

One of these things was playing games.

Nan liked a game or two, and it was her that introduced me and my brother to the game of Yahtzee.  For those who’ve (somehow) never seen it, it’s a game that involves the rolling of five dice to try and get certain combinations to score the most points.

It’s not rocket science by any stretch of the imagination... 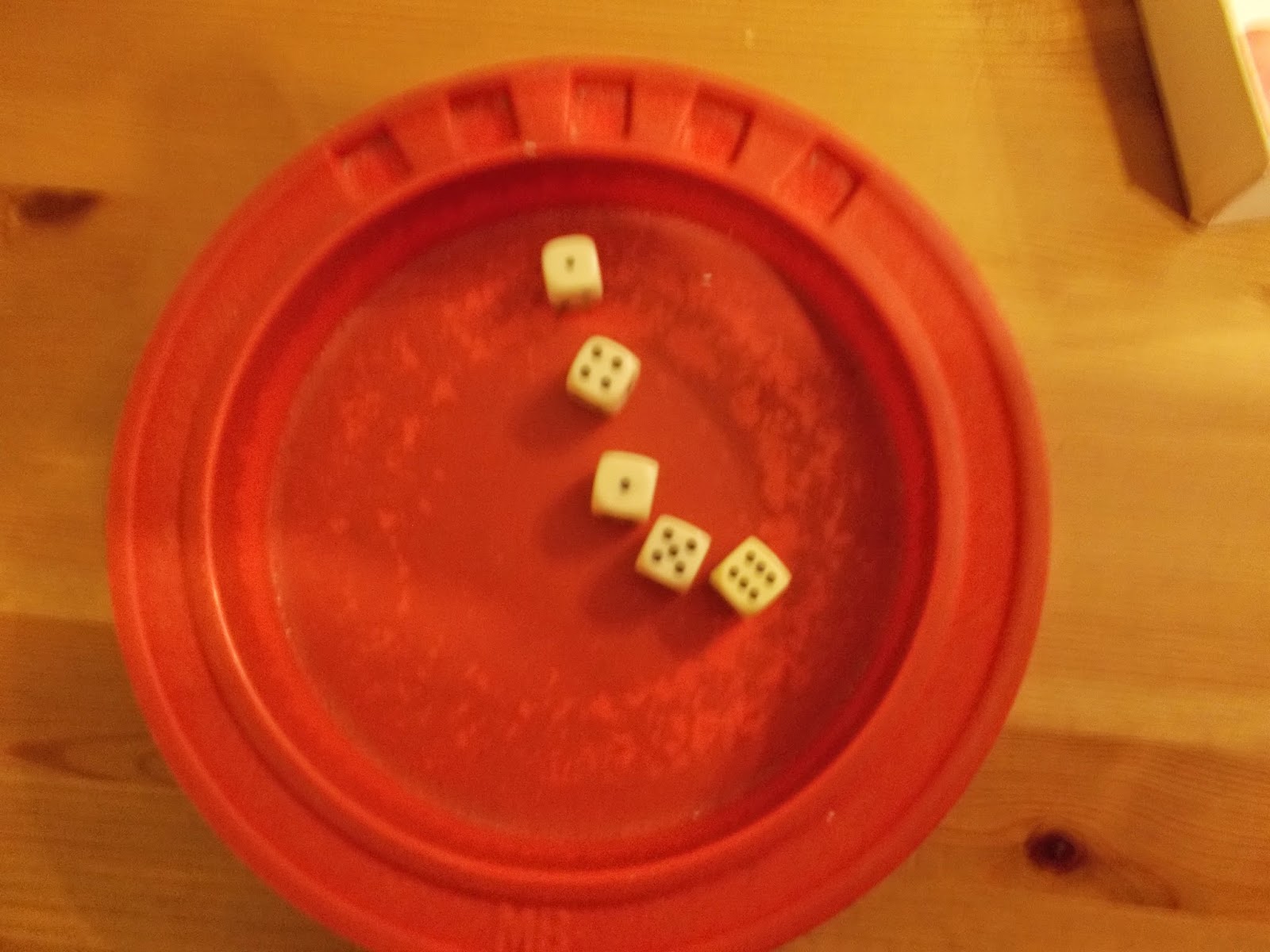 What it is, is a game that takes no time at all to learn and can be played by almost people of any age, and the best thing of it is that every game is completely different, you get good games and you get bad, and it’s what you do with the dice that makes the game interesting.   The set that we learned on was the basic 1978 version, that came with one set of dice, one bowl in which to throw them, and bits on the bowl to rest the dice when you wanted to keep them. 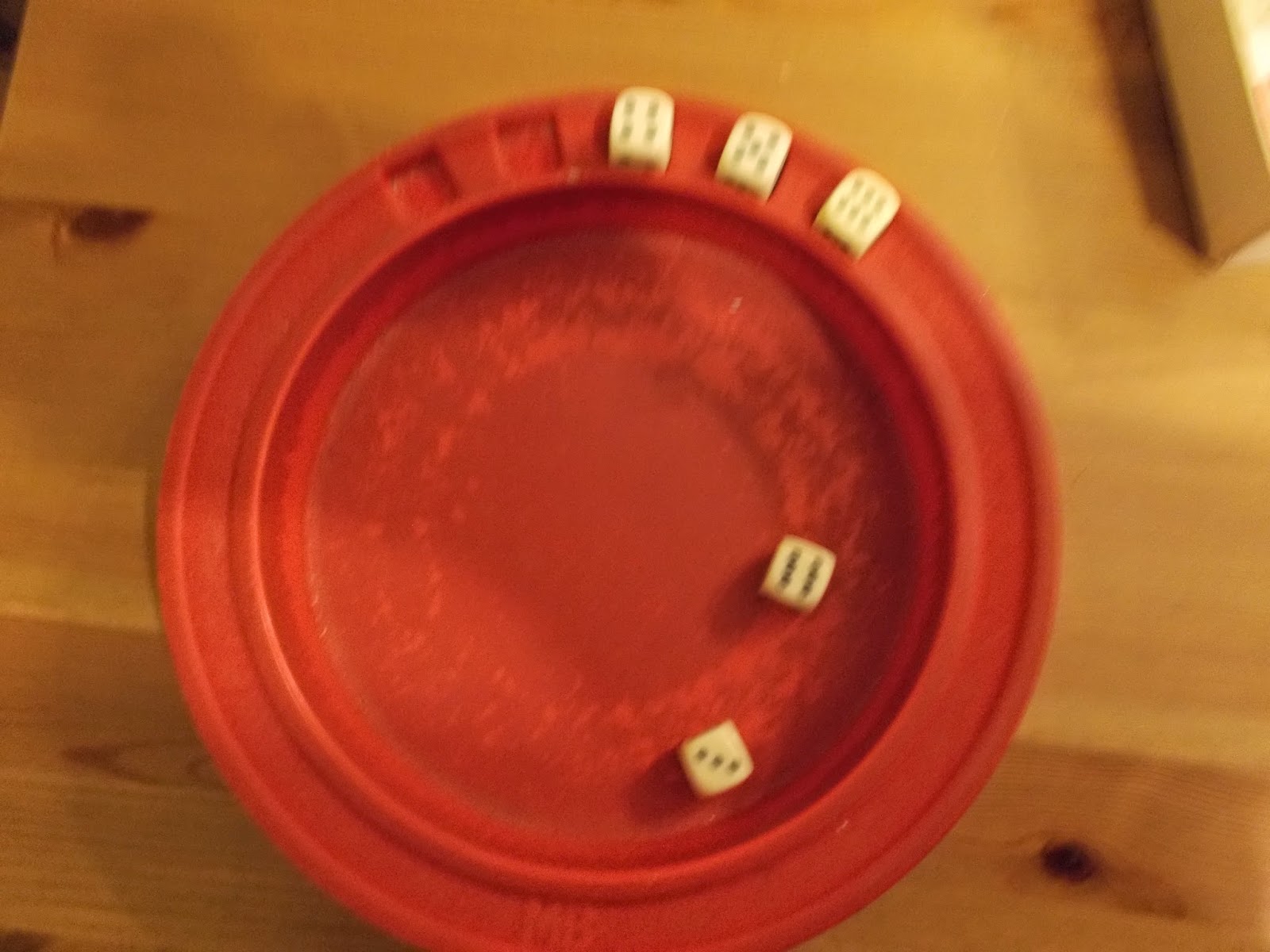 After your second, this 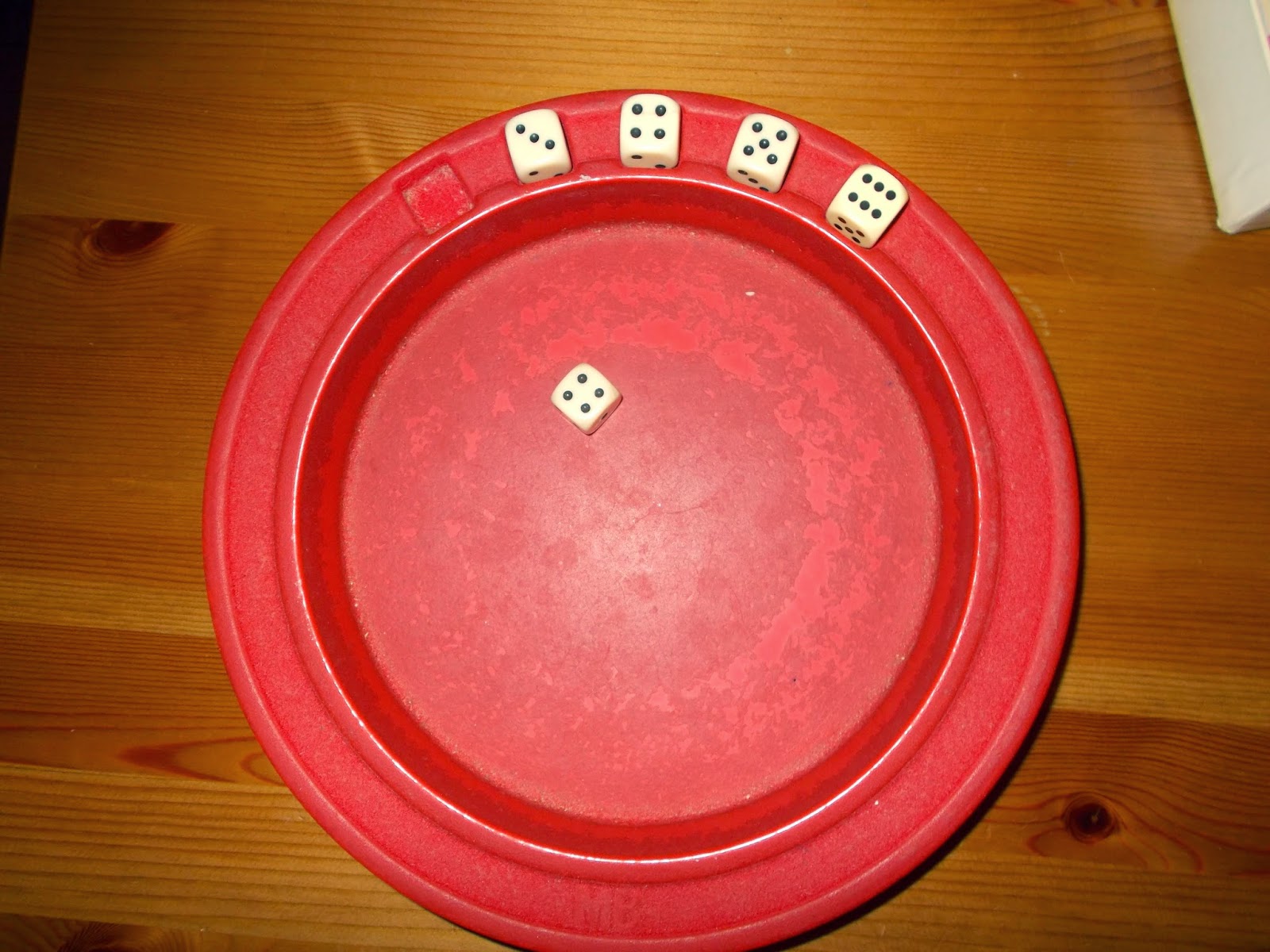 The game had an element of chance in it, but if you played smart and didn’t scrub out the possibilities that you could make when you had to rub something off the score sheet, then you stood a good chance of making the right scores to win the game.  There wasn’t a problem with this game as it stood, the problem was that the people making it kept on seeing silly things to do with it to try and sell more copies of a game that didn’t need to be changed or improved. 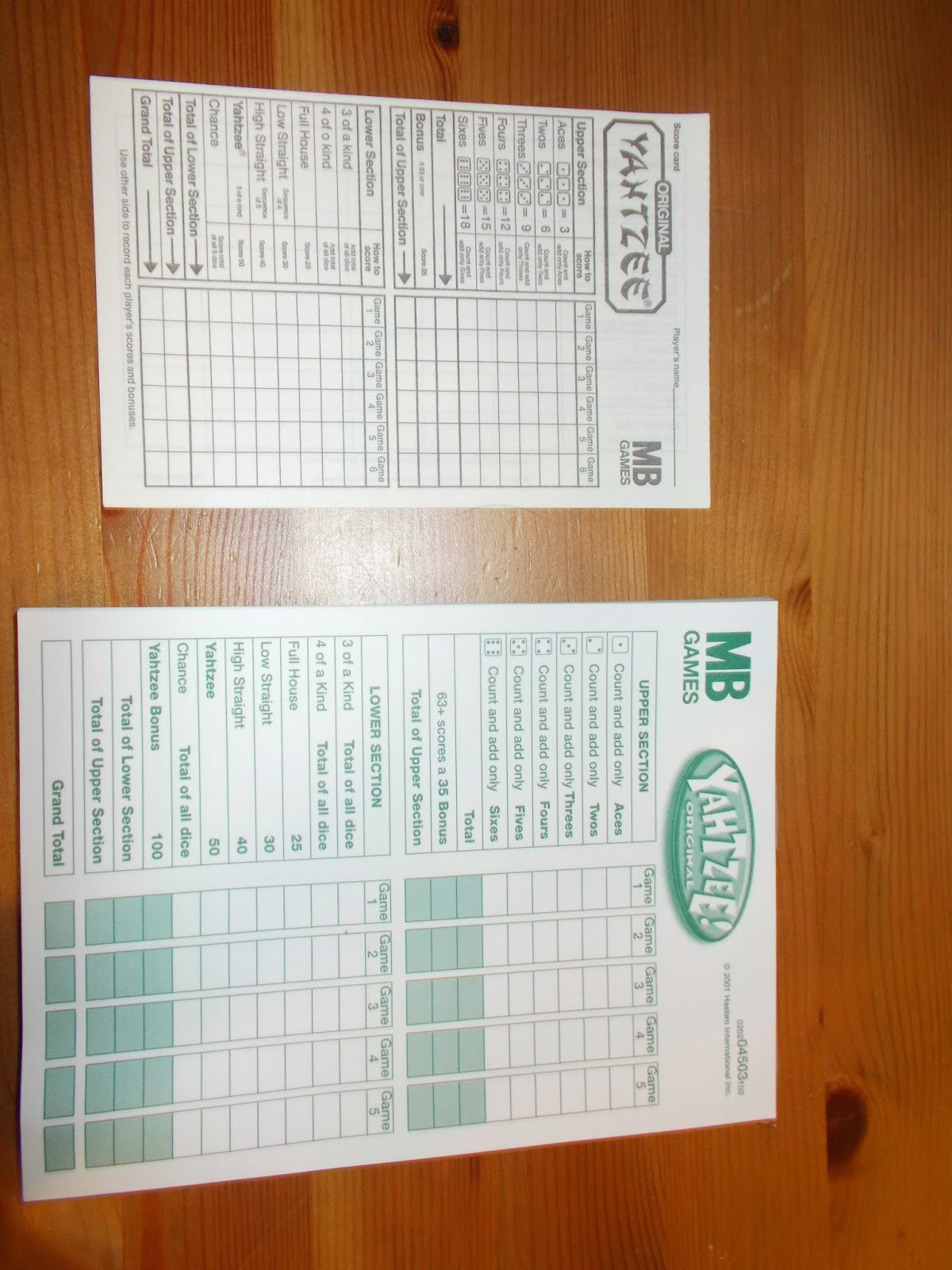 And then take Yahtzee Hold Em Poker (please) for example... 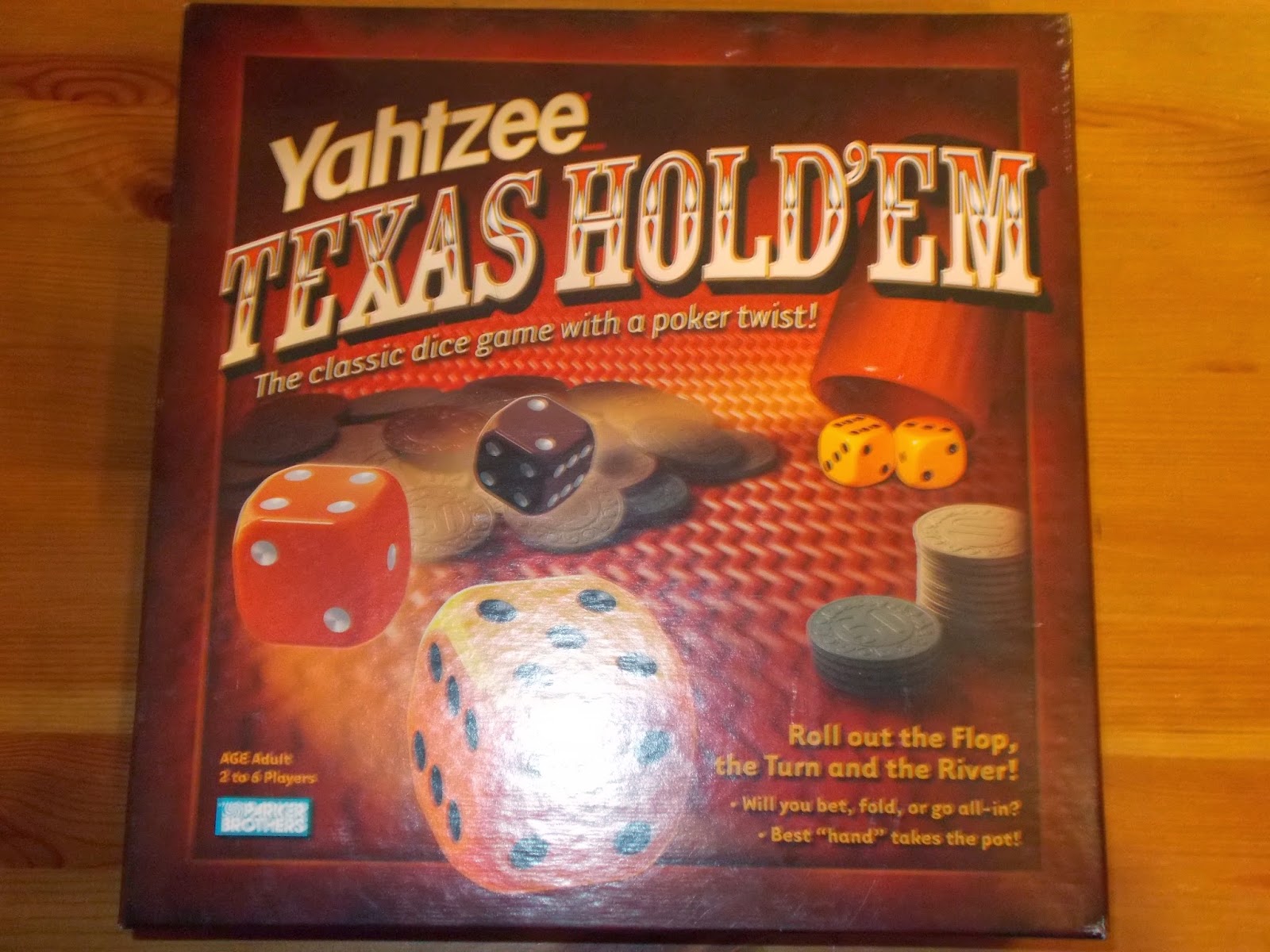 But I can hear my Nan talking back across the years, clear as if she were standing next to me, she’d take one look at this and say “But it’s Poker, why don’t we just use cards...?”

I have to agree, so I’ll be back here with the basic set having fun rolling dice.
Posted by John Dodd at 14:28