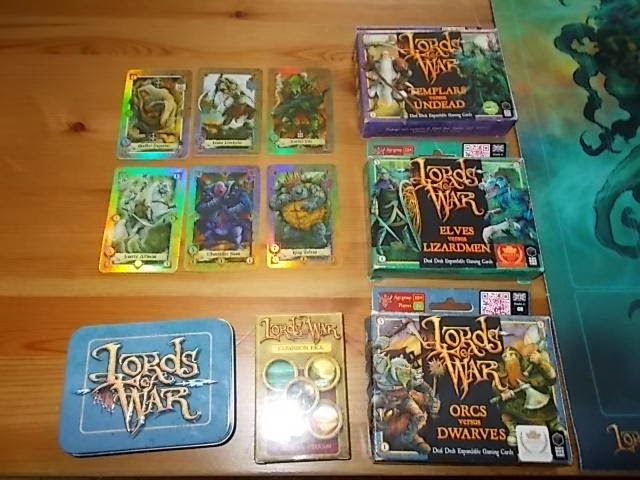 It was Dragonmeet 2013 when I first encountered Lords of War, which is something of an irony when you consider that it had won the strategic card game award at Expo the same year.  However, as board and card games aren’t my thing, and I’m too busy running the show on the day, I often find out the results afterwards rather than being there to join in the fun.  So when I was walking around Dragonmeet last year, I found this game and sat down for a swift demonstration of Orcs Vs Dwarves.

Five minutes later I bought it...

For me, the problem with most convention purchases is that I only get to play it the once and I hope that the experience I had at the convention was indicative of the actual game rather than the experience of playing a game with someone who was letting me win in order to get me to buy the game. 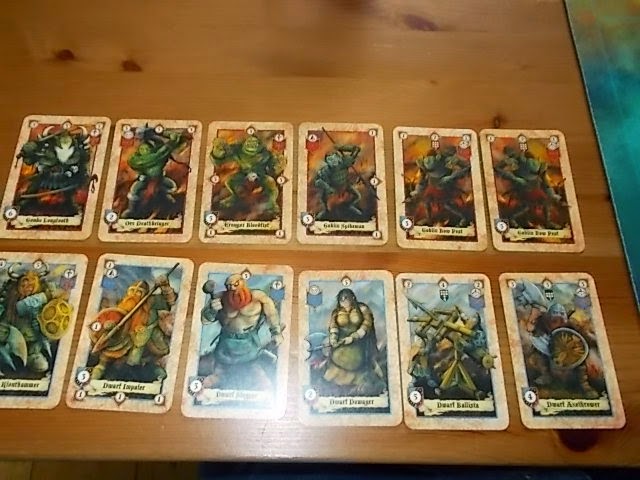 On this occasion, it turned out that the experience I had at the convention was actually the game itself, and in the time that followed, I’ve played the game a number of times and enjoyed it more every time. It’s a simple game involving card placement on a board, but the tactical element of it is very strong and promotes a more involved style of play than most casual games require.  While the decks are packaged in two’s, any deck can play against any other, and it’s good to test all the different armies against each other. 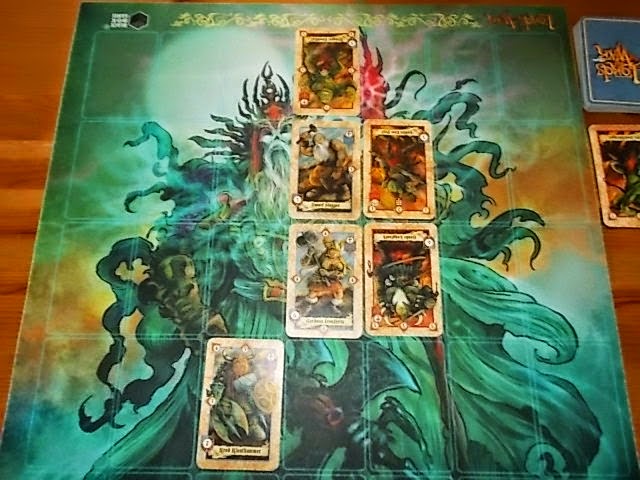 It’s not expensive to start (with a twin pack costing about the same as a single magic deck these days), and while there’s a bunch of extra’s that can be bought to vary the game including reinforced play mats and weather/terrain options for far more involved games, the game can be played straight out of the box and it’s now one of my go to options when I’m talking to non gamers about the sort of games that I play.

The third set of armies caused a reasonable division of the fans, with many considering the Templars to be far stronger than the Undead they were placed against, but it’s not that, it’s just that the undead do a lot of small damage in all directions, which is of no use when you’re trying to beat things that have massive armour and hit hard in single directions.  Those who play with all the different decks have the understanding that while those two decks (ironically) aren’t well matched, both of them can be used well against the other four decks that are already out there.

That said, I do prefer the Orcs and Dwarves that I first played with, the other decks are interesting, but they don’t hold my interest the way Green Vs Short does...

Either way, still the best thing I ever bought on the spur of the moment.