And I’ve already spoken about X wing on this collection of days, so rather than go on about it again, I would speak about the nature of licensed games and what usually goes wrong with them.  The problem for me is not that a game has been made of something that usually wasn’t intended as a game, but that typically, it’s created without any regard for the subject matter and doesn’t address what goes on in the film or show that it’s been based upon. 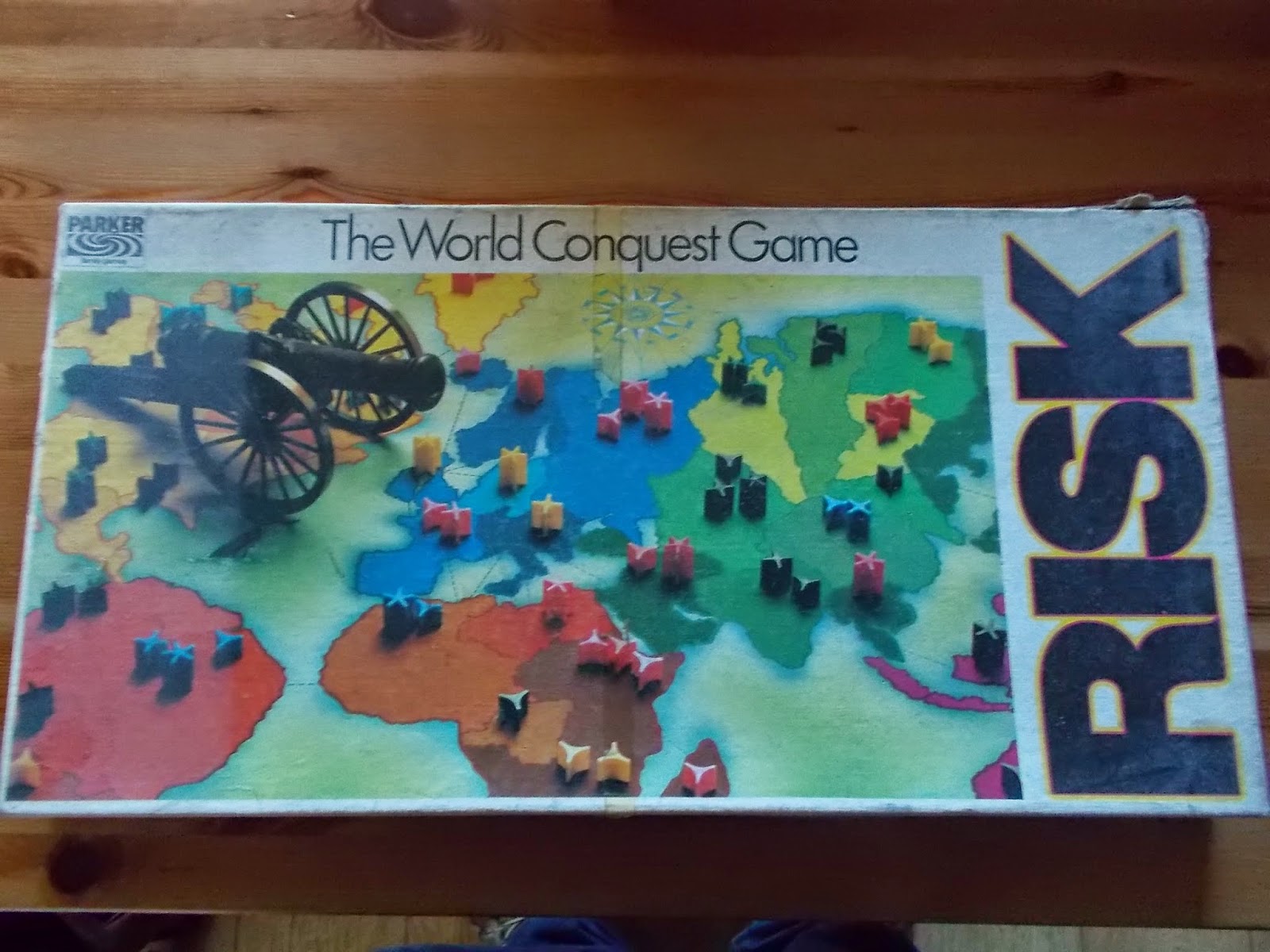 One must only look at the number of versions of Risk that have been brought out on the basis that there was some type of conflict involved in the licence, everything from star wars, to lord of the rings, to the walking dead, and all because the people in charge of the games didn’t want to think any further than using a set of rules that they were personally aware of. 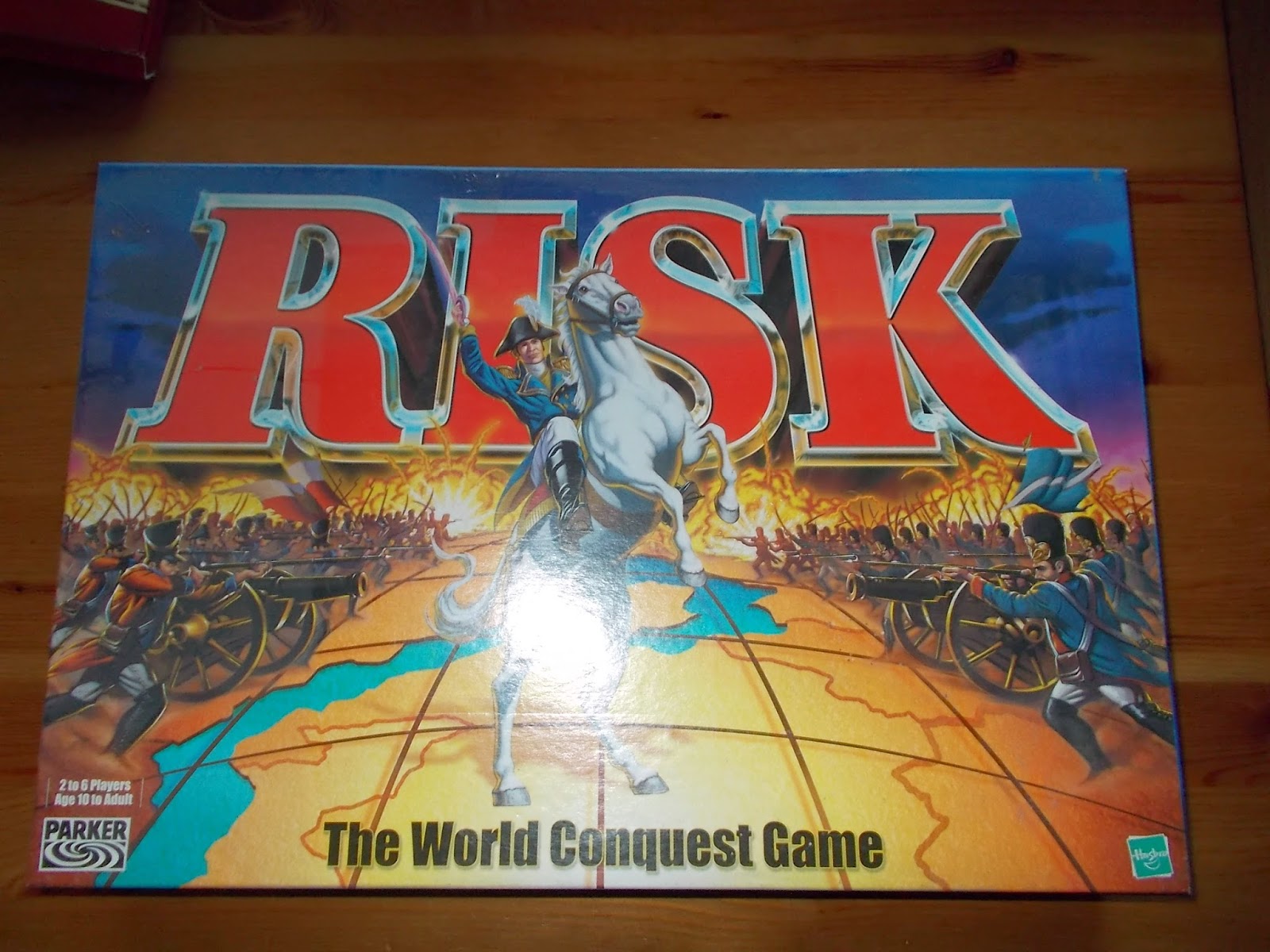 And that’s where the problem is, for the most part, the only companies that can afford the really big licences are the ones who are trying to make things work on a commercial level, and that means putting it out to the general public, rather than those who know about games and would rather have something that played well, even if it took a little longer to work through and figure out, than have a game that was designed by committee and packaged with the easiest set of rules so that everyone can figure it out. The reasoning is obvious of course, those games that are produced on a mass (and I mean truly mass, not just a thousand copies, but a hundred thousand copies) scale are those made by companies that no longer look at what makes a game interesting, only at how many units of it they can sell and while this works on a commercial level, it really doesn’t work on a games level. 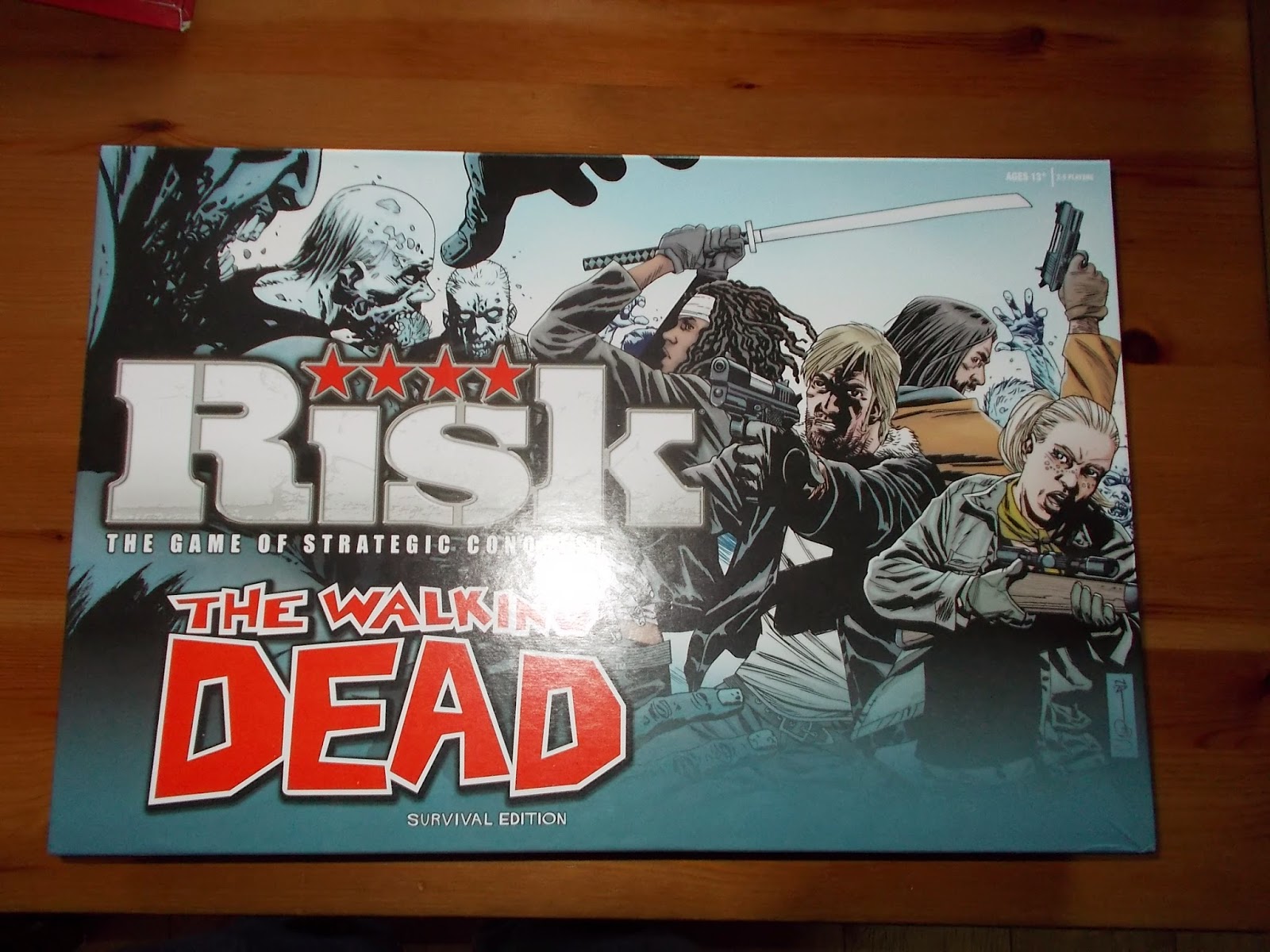 Take the risk versions that are available, Risk as a game is a simple concept take over the board, occupy a number of territories and that’s how you win.  The tactics of the game favour aggressive players over everything else, to win at Risk, you have to be willing to go forwards all the time, push with the armies till there’s nothing else to do, because the person who tries to form a defensive line will eventually be crushed under the weight of the advancing armies.

Unless they’re Russia, but no game has ever accounted for that as yet.

But the problem here is that while you get a new board, new counters, and ostensibly new tactics, all it consists of is a different board and as such learning your way around it.

Then consider the other things that such companies (And I’m aware I’m mostly aiming at Parker Games here) produce, such as the Transformers Chess set, wherein the only difference is that we establish that Optimus Prime and Megatron are very important but don’t move very quickly and command no real power, and that Ironhide and Starscream are Queens... 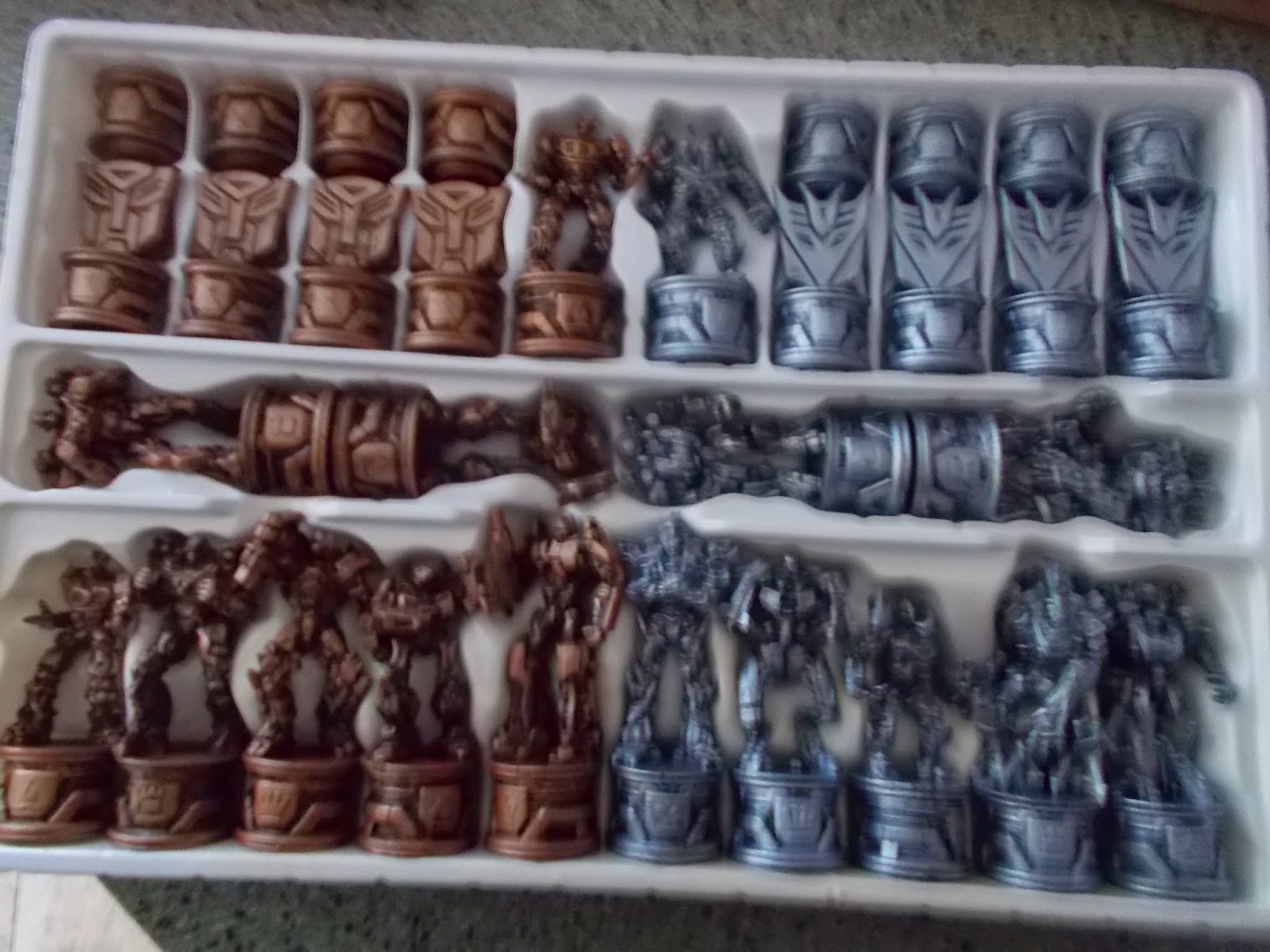 Starscream I could make the case for , but Ironhide?

All so that more merchandise can be put out there that might entice some of the older generations to pick up something because “Well, they like Transformers, so I got them this chess set that’s got them in it.”

So I’ll end this here with my initial thought that the best of the licensed games out there is X wing, and I’ll continue the rant elsewhere...
Posted by John Dodd at 14:55