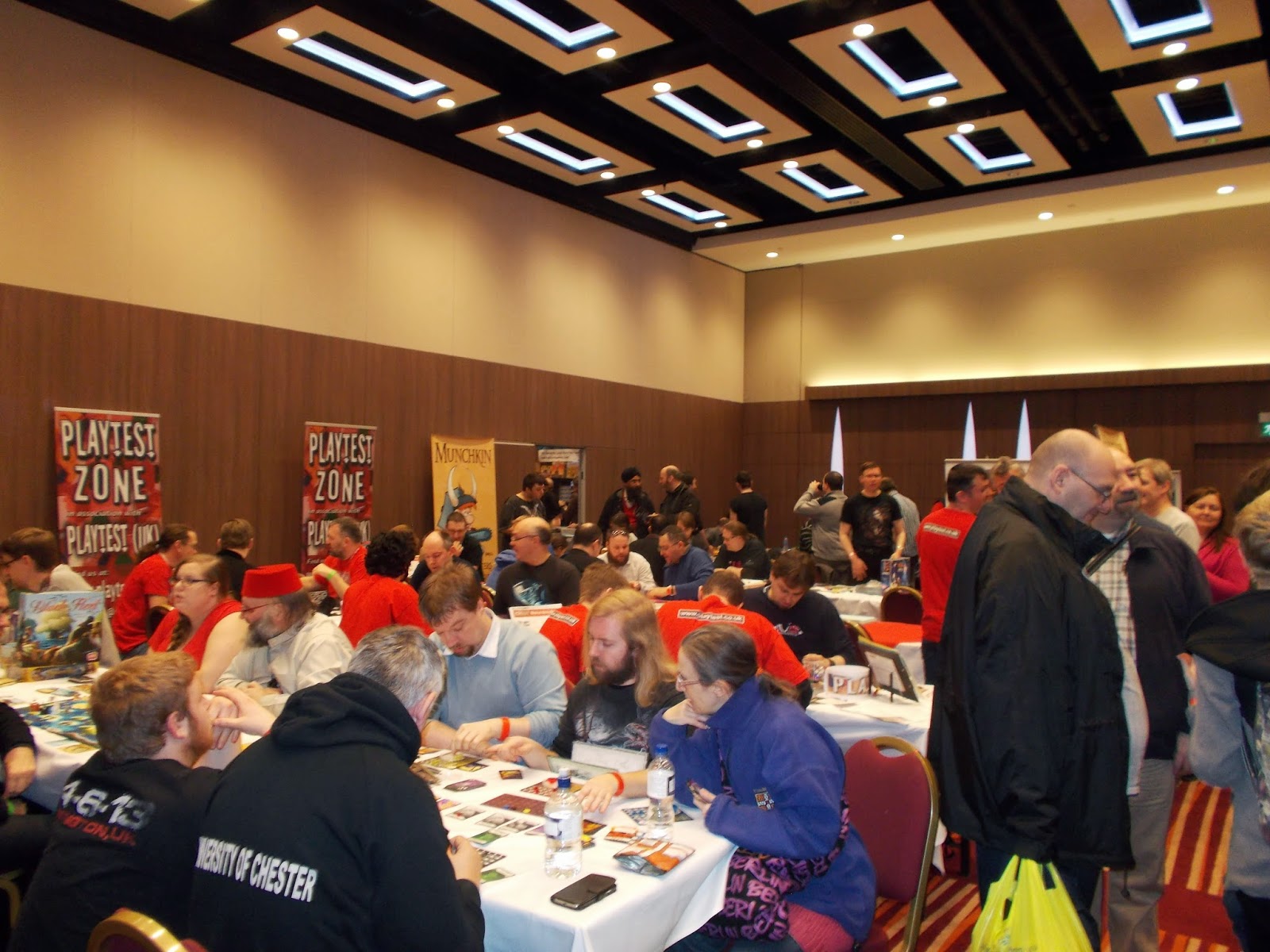 So, at the end of every convention, I like to take a look at what worked well, what didn’t, and what can be done to improve it for the next year.  When we’re in a Year One scenario, we haven’t had any chance to do any of that, and therein lies part of the problem, you don’t know what’s going to be a problem and what’s going to run fine, and there’s nothing you can do about it till the day.

Didn’t post anything yesterday because in truth, we were up past midnight making sure everything went alright and following a five hour run back from London, I’ve finally got time to sit down and reflect on what was right, what was wrong, and what we’re going to do to improve it.

Interest in the new convention was beyond all expectations, total number of people over the course of the day was over 1600, full details will be emerging when we crunch all the numbers, but as you can see from the images, even in the quiet spots 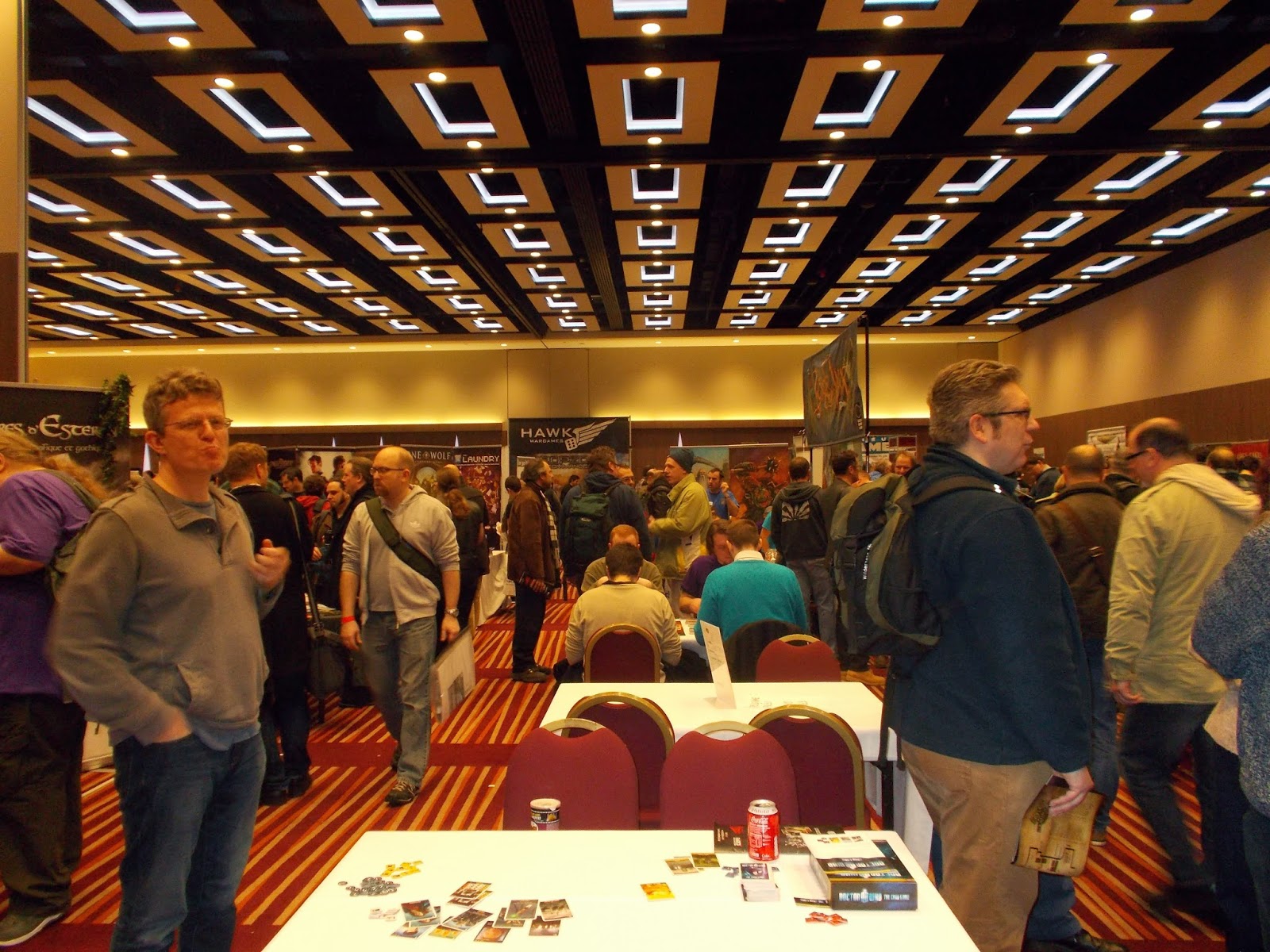 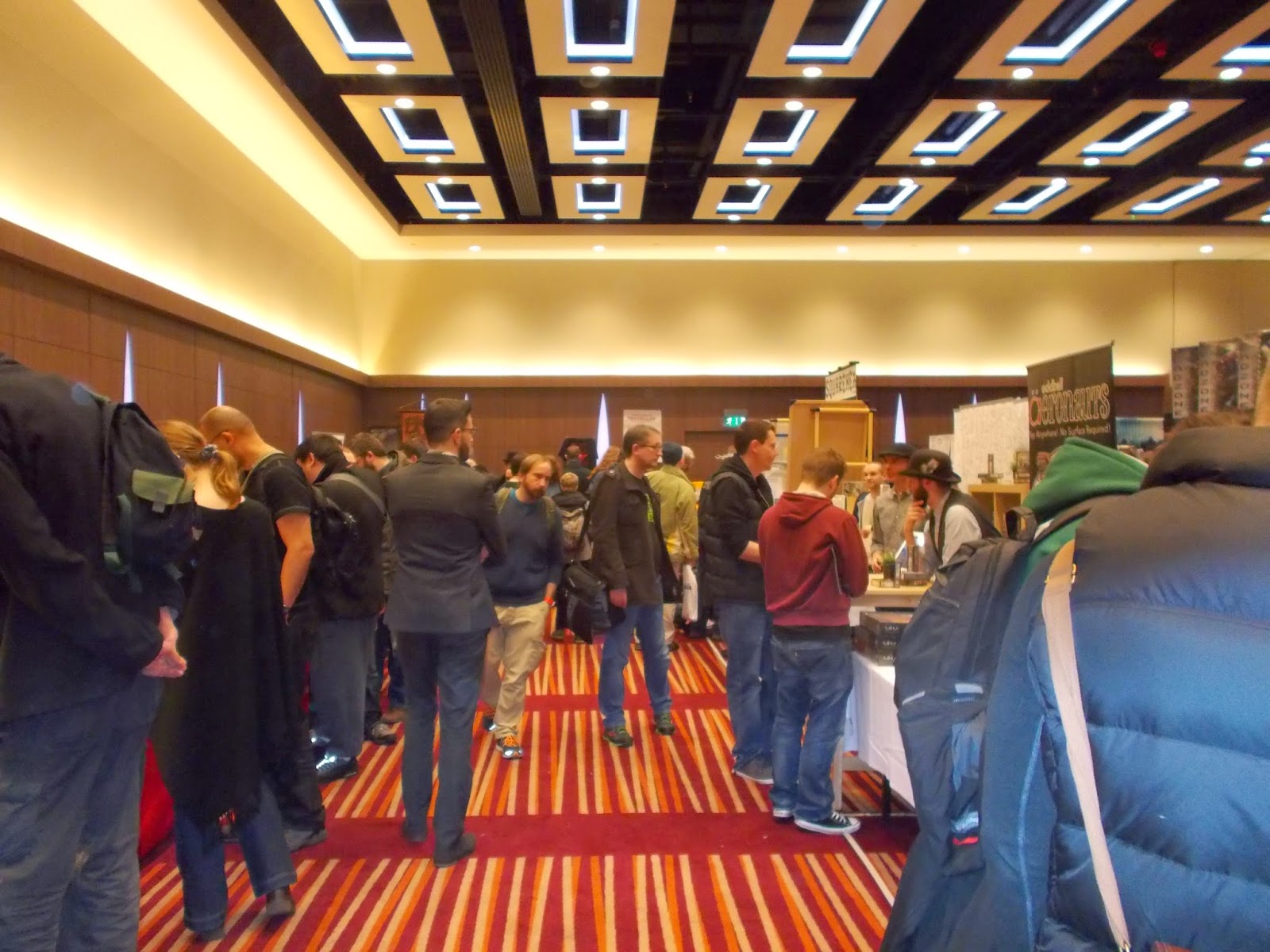 The trade hall had been booked out for a while and the combination of veterans like Lords of War, All Rolled Up, and Cubicle 7 were bolstered by new faces like Graham Walmsley, Iron Crown enterprises, and Ogliarchy to make an excellent combination for all those coming in to the show. 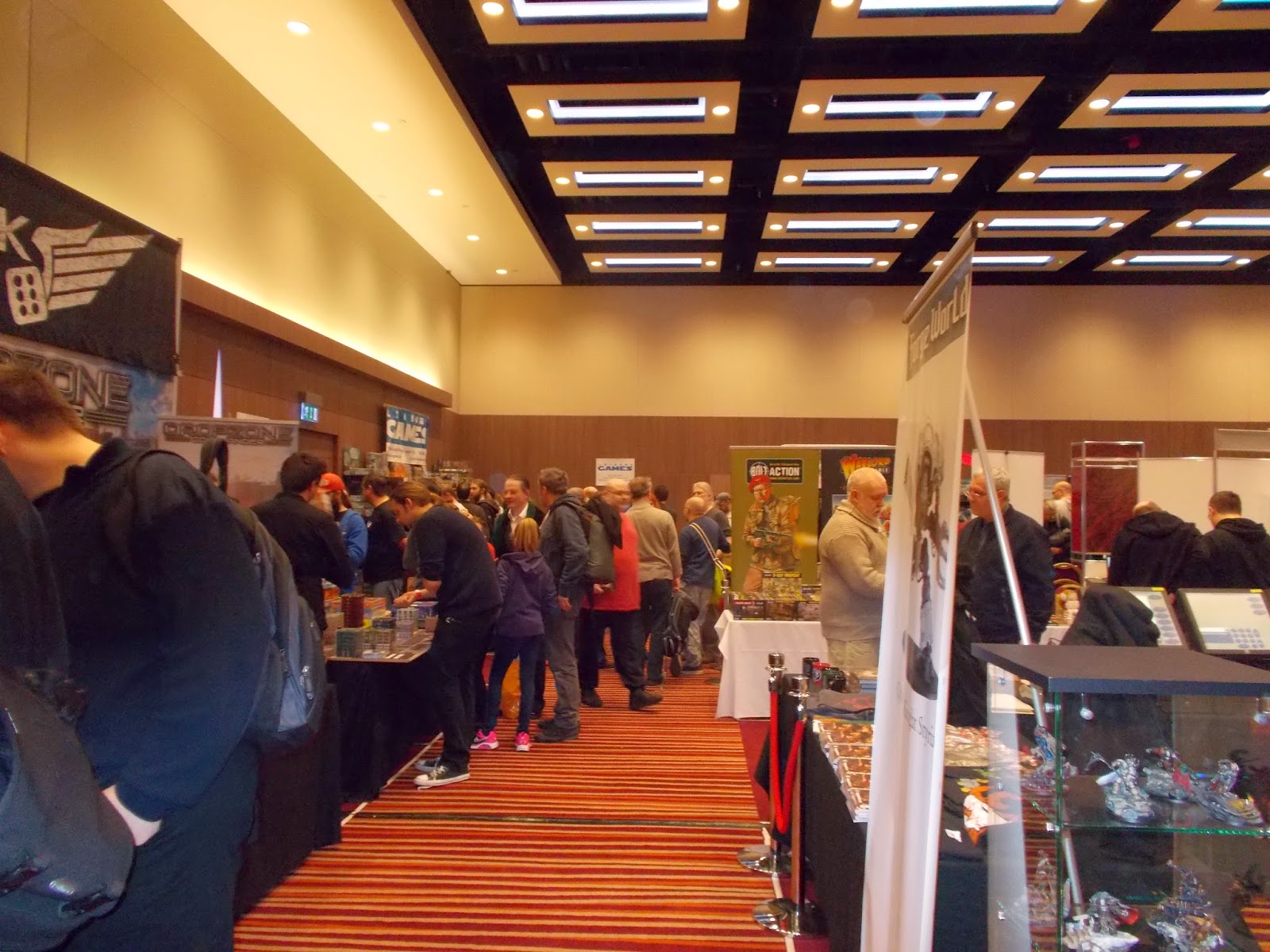 Demonstration games were extremely popular, with the gaming room having a massive variety of things available for people to look at, the room didn’t get quiet till well past 9 at night, and it’ll be something we’re looking to build on in the years to come.  Many remarked that there were a lot more people looking for miniatures and miniature play than had been seen in the previous years, which again, is something that we’re going to be building on in the coming years.

I know it’s impossible to predict which people are going to turn up on the day and which aren’t, but when you start with a reasonable number of volunteers including a number of veterans, and before you’ve even got to the start of the event, the number is less than half of what it had been due to drop outs and cancellations, you know things are going to get bad.  Those of us who were left did what we could, but when you’re dealing with double the numbers with half the staff, I would have thought that those watching us running from point to point would have been wondering what had gone wrong, and rightly so.  We got through most of the major crises, but when you need three people just for the bring and buy and two more for front desk, those individuals who are left are going to be running everywhere. 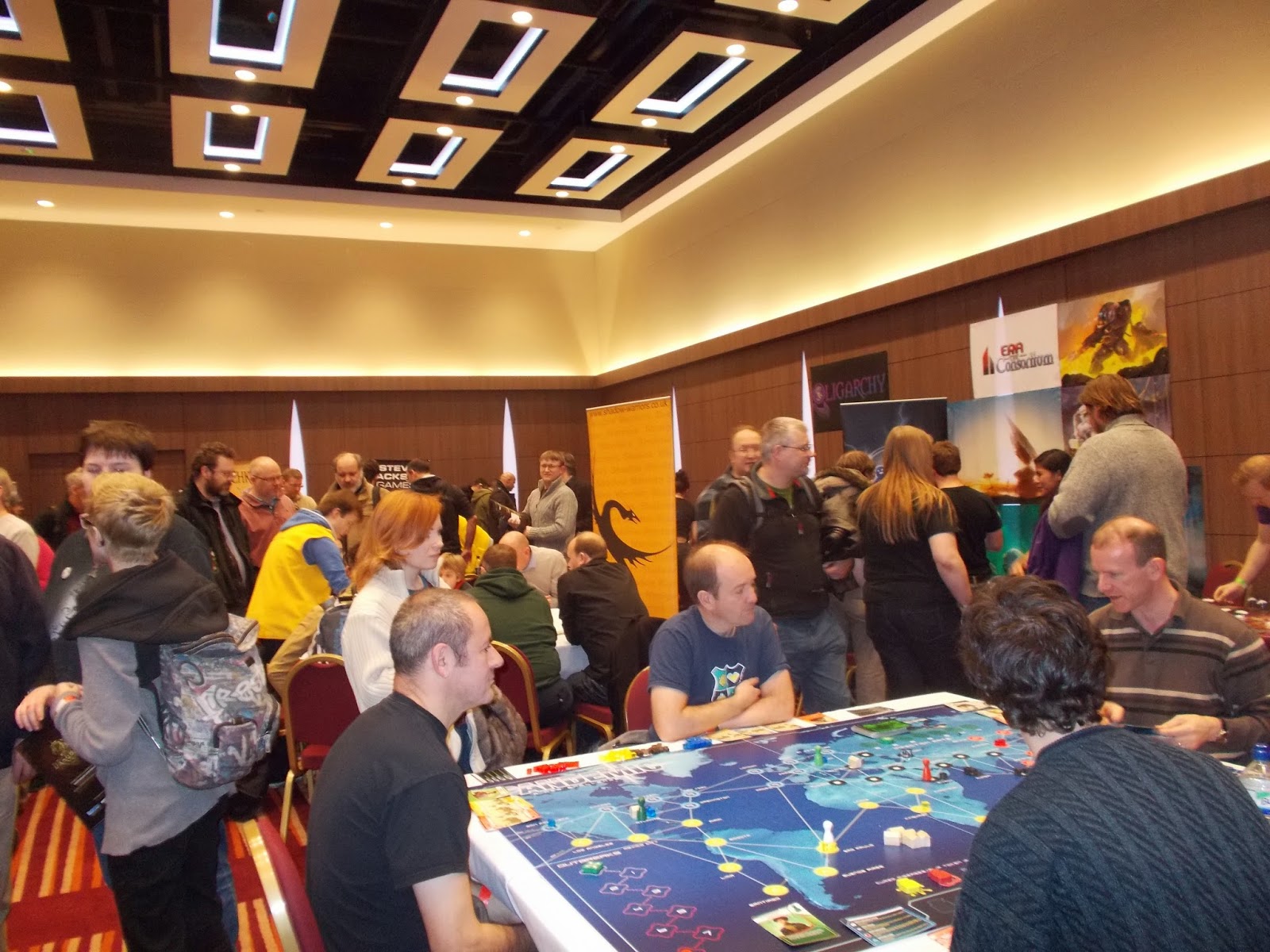 If the venue had not changed, then a lot of the problems may well have been significantly lessened, because at the previous venue, everyone already knew where everything was, where to find a particular trader, where the games were, where the toilets were, where the signups were, and so on.  At  a new venue, everything’s got to be told to everyone again, and that brings me to my second point.

Next year, far more signs, and a number of volunteers to be present in the upstairs areas to direct people to where they want to be going, rather than us not having the manpower which required that we give people directions and then hope they got there.

And on the subject of rooms, my biggest bugbear...

I’m a perfectionist, I like things to run smoothly and I like it when everyone knows where they are and everyone knows what they’re doing, this is how I run it at Expo, and at Expo, I’ve had several years to get it to run in such a way.  But then at Expo, we’ve also got the volunteer core to have people shown the right way and maps in place to let them see where they need to be going. 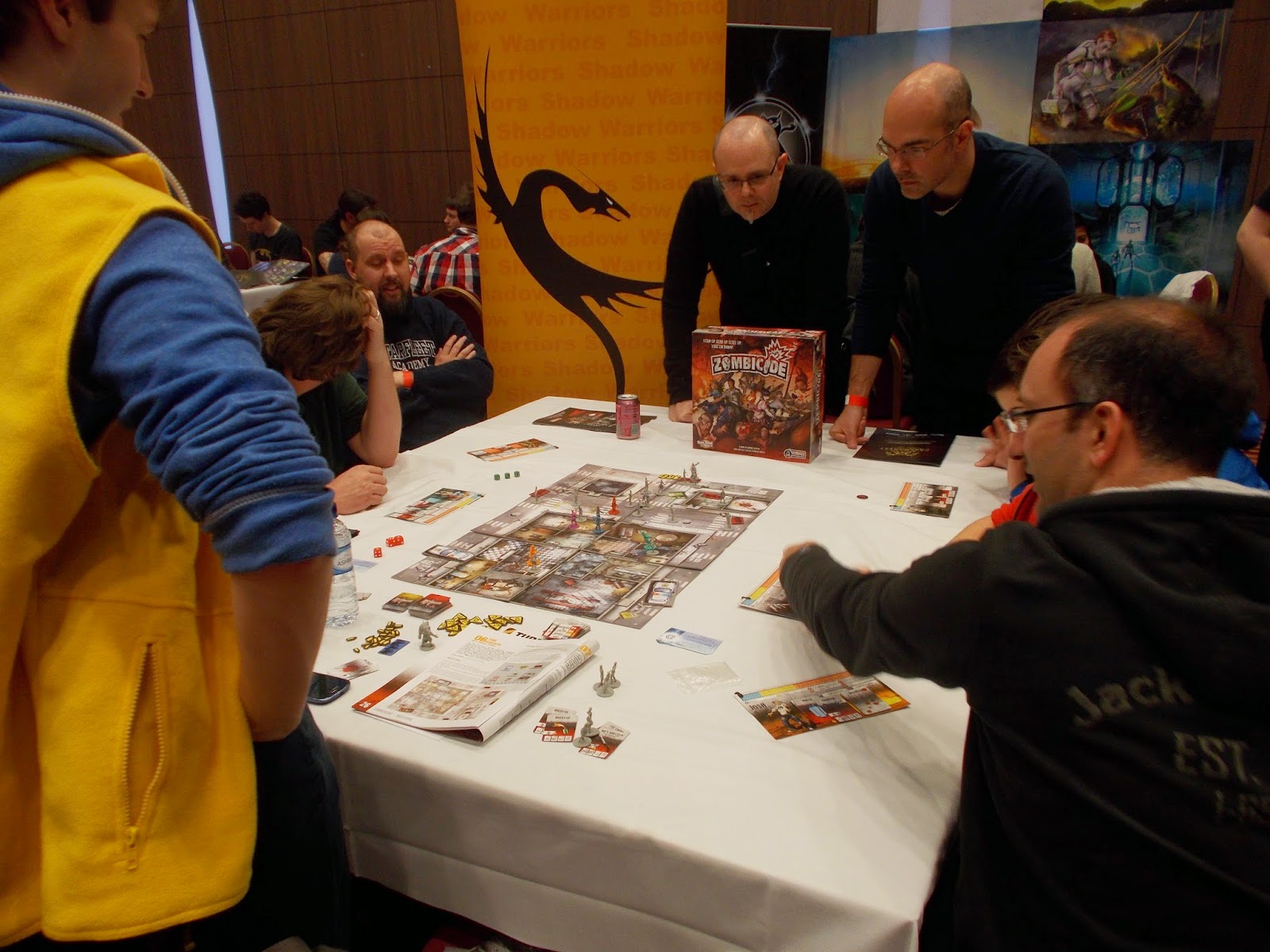 The Main games rooms, those containing the Organised play (D&D and Pathfinder) and the clubs (Indies, Phoenix, RP Haven) worked well, because we didn’t have to move people in and out of them, those rooms worked because we could direct people there and have the clubs deal with the people we were sending them (With thanks to Rachael Hodson, Gary Harper, Martin Tideswell, Colin Foster, Pete Griffiths, Rob Silk, and Jens Loesel for all their immense efforts through the day).  The problem occurred with the open gaming area and the upstairs gaming area.  A lot of people say that there was a general state of disorganisation in these area, not helped by the lack of any staff presence there to resolve it. 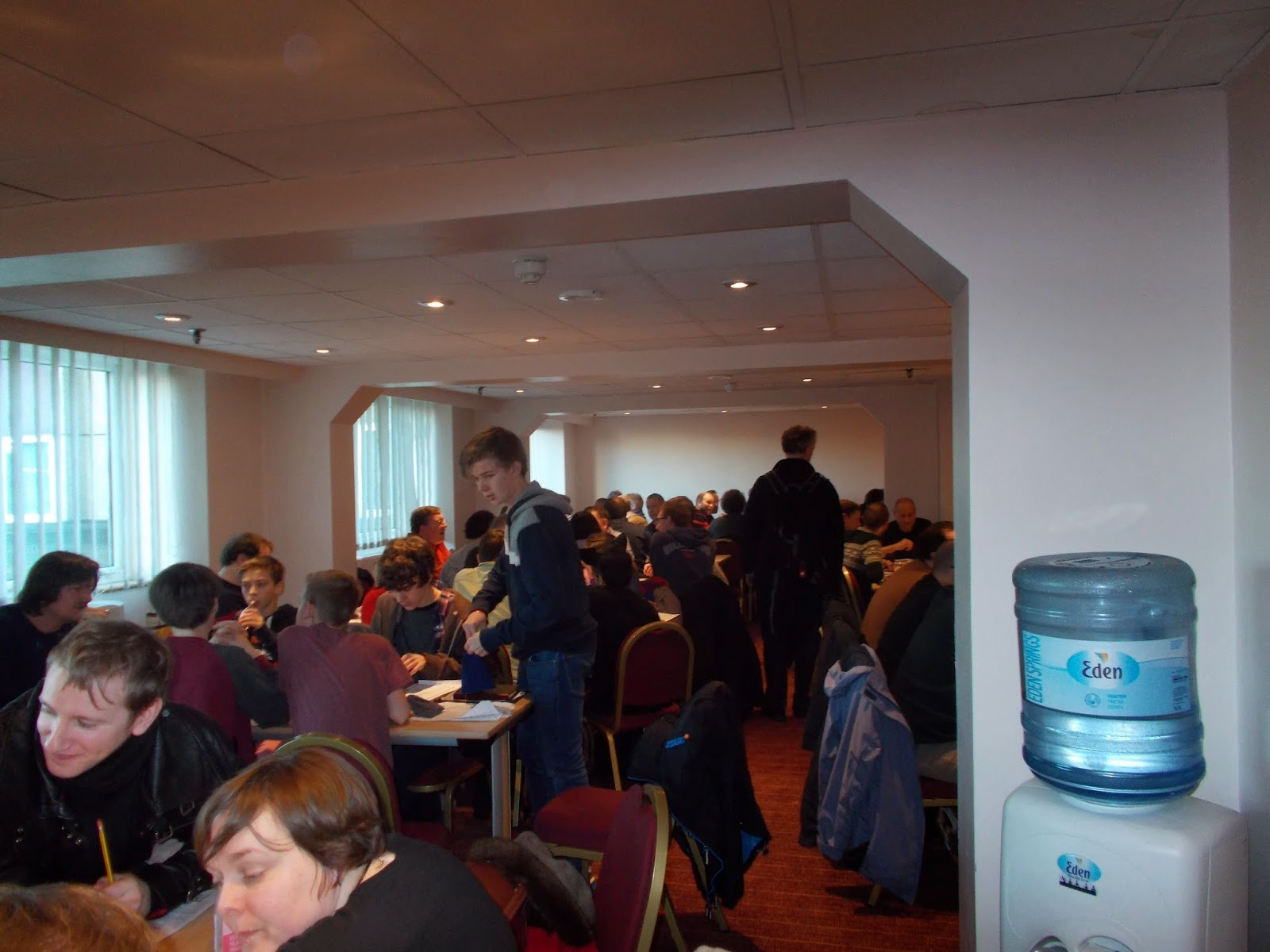 I have to agree, a lot of the problems in those areas would have been solved by having a member of staff present to deal with the problem as it arose, rather than me finding out about it twenty minutes after it had gone off, but we didn’t have the volunteers available to leave there and Chris and I were too busy dealing with matters on the ground floor to be able to get up and check things.  When some GMs and players decided they wanted to move their tables around or push tables together to make a bigger table for them to play on, we found out about it too late (After the games had started), leading to further issues, all of which could have been resolved by one volunteer present to stop it before it started, but it’s a lesson learned, and that brings me to...

What we’re going to do to improve it...?

I’m big enough to get my hand in the air and say when we got something wrong, and while there wasn’t much that we did get wrong, we were massively hamstrung by those who offered help who didn’t turn up, a lesson that has been hard learned by this man after years of having people I could count on. 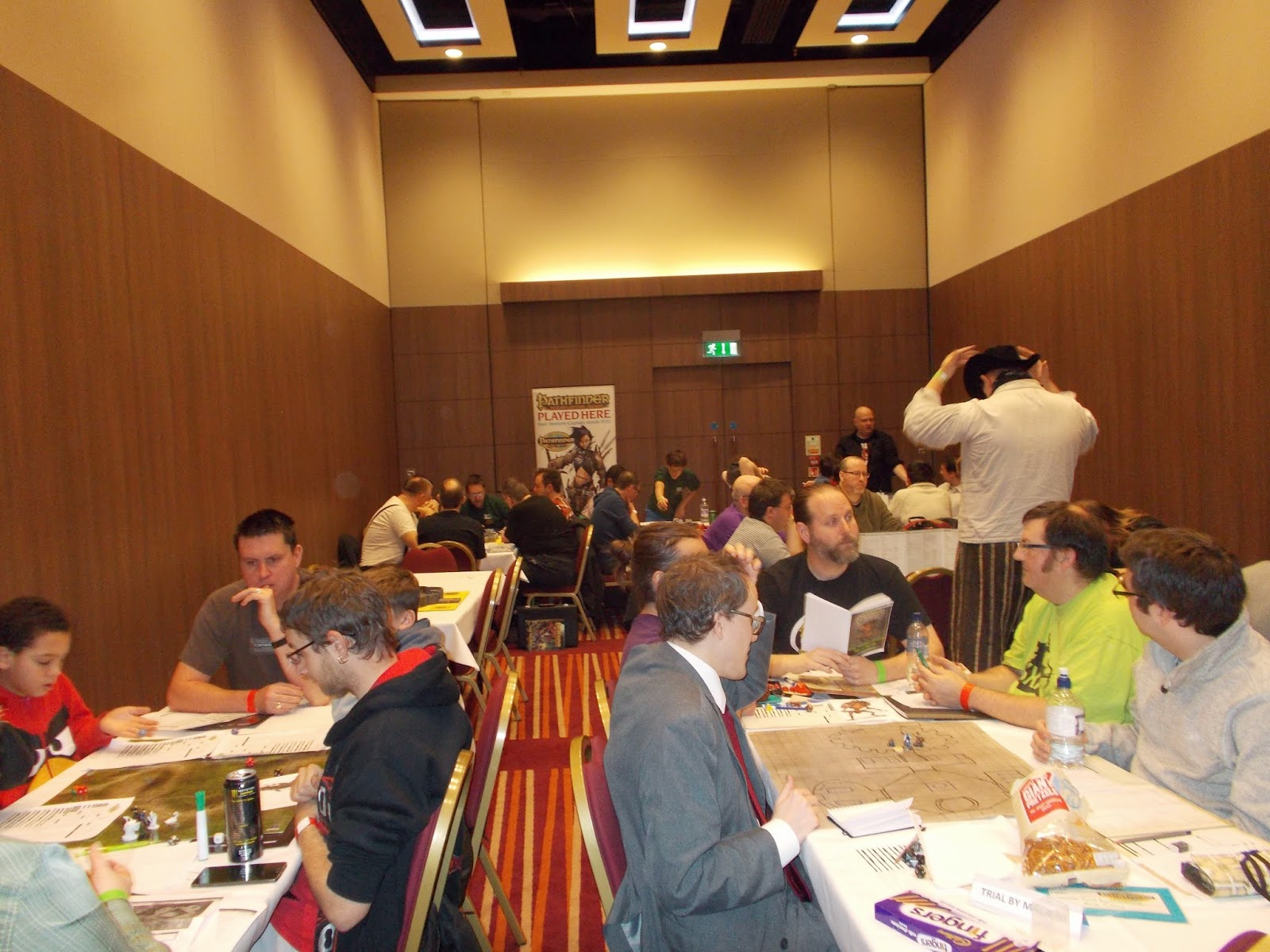 Those who did turn up worked like heroes, not stopping for a break and not asking to be let off duty, they just kept on working, and their efforts will not be forgotten in the years to come as we go from strength to strength.

Next year, I’m bringing with me a team dedicated to the purpose of keeping the rooms off the ground floor running, that team will have been briefed on the situation and circumstance of what happened last year and will be able to communicate problems immediately. Most importantly, I’ll know that I can count on them and we won’t be left firefighting as we were this year.

Signage will be placed at every point we can put it, the same team that’s keeping it going through the day will be coming down the night before to make sure we’ve been able to put everything together. 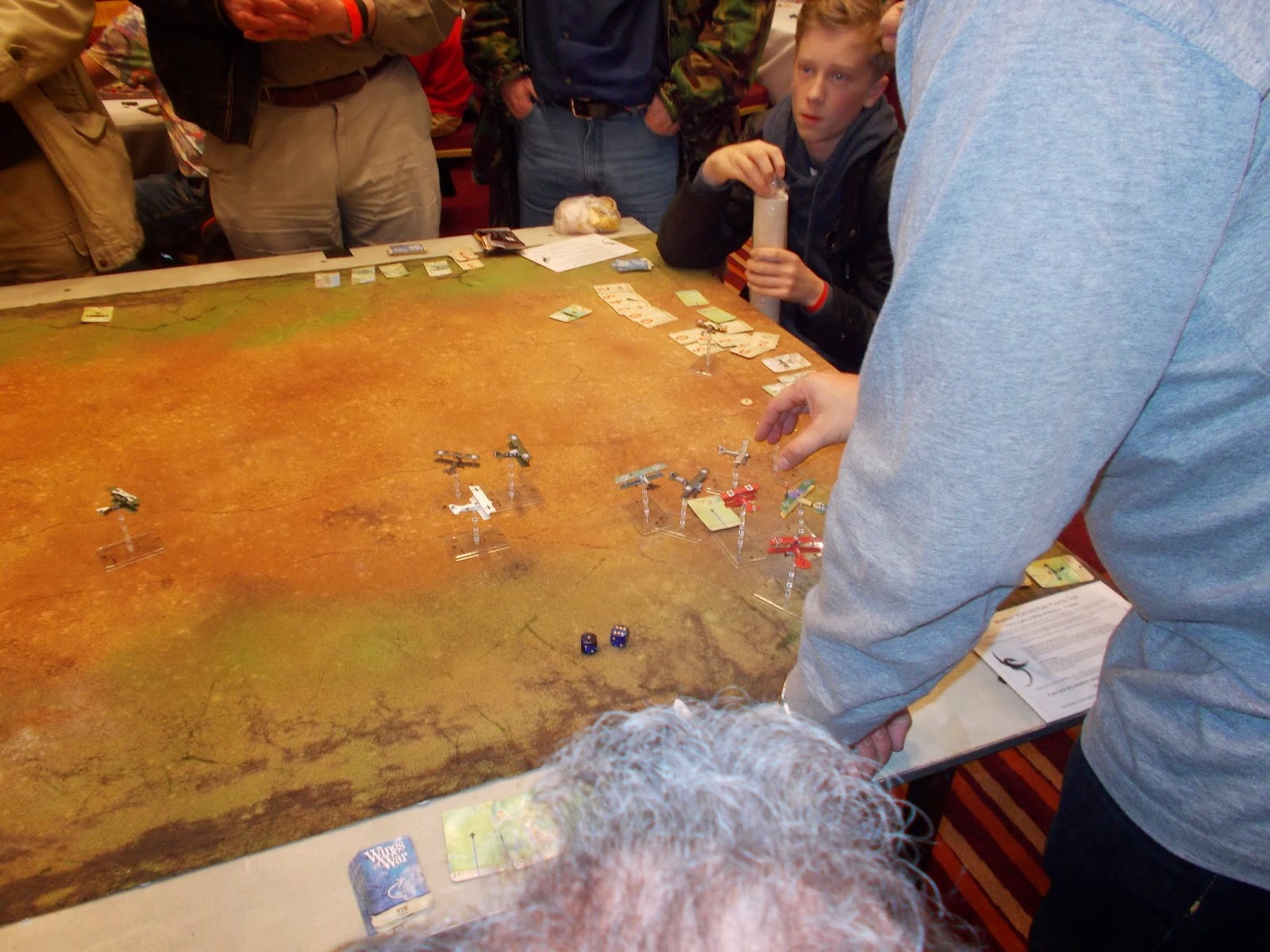 GM’s will be assigned tables and spaces, those who didn’t show up this year without a good reason won’t be coming back next year, and most importantly, the entire system will be run by me.  We didn’t have the automation in place this year to get the website working with all the other things that were done, those of you who’ve been to Expo know how tight that ship runs, and that’s how this will be next year.

But for all that went wrong, almost all the people that we spoke to had a good time, and those that had niggles or gripes were often things that were out of our control (Yes, I know, the bar ran out of bitter half way through the day...) or things that we’ve now got a resolve on for the year to come.

Overall, I’m quietly cheerful about how things went, the Bring and Buy was an unqualified success with more than 500 things going through it in the course of the day, and the Auction, ran by the ever superb Brian Nisbet made more than £1500 for charity.  Lots of people came by the desk and thanked us for our efforts and what we did to make the day good, and I think there’s a lot of goodwill in what did built this year that will entice people back next year.