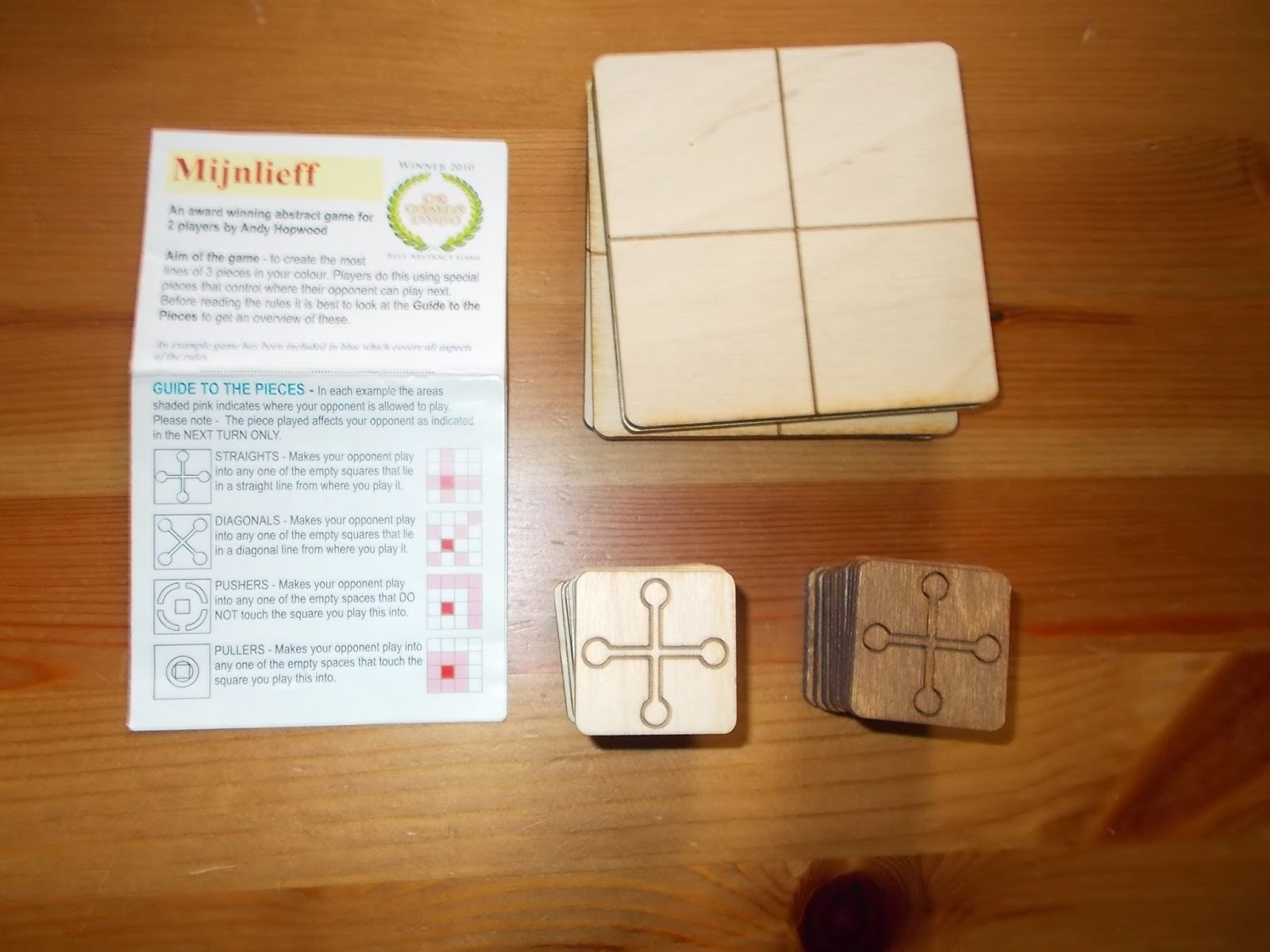 A take on the classic game of Tic-Tac-Toe (Or Noughts and Crosses if you prefer), Mijnelieff takes a four by four grid and gives each player eight tokens.  These tokens are placed anywhere in the squares but the kicker to the game is that the piece you play determines where the opponent can play their next piece.  The four different tokens (everyone gets two of each) are: 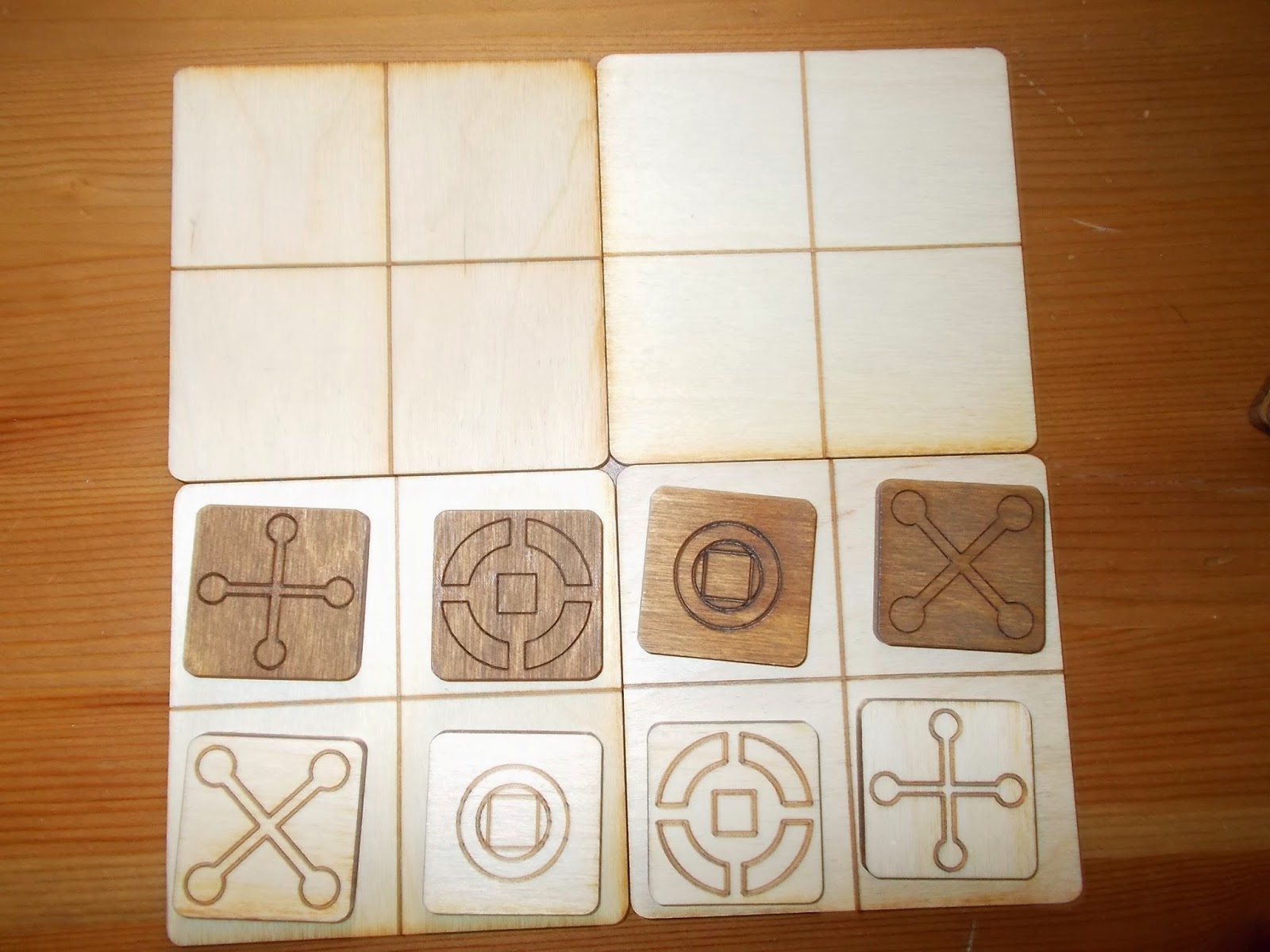 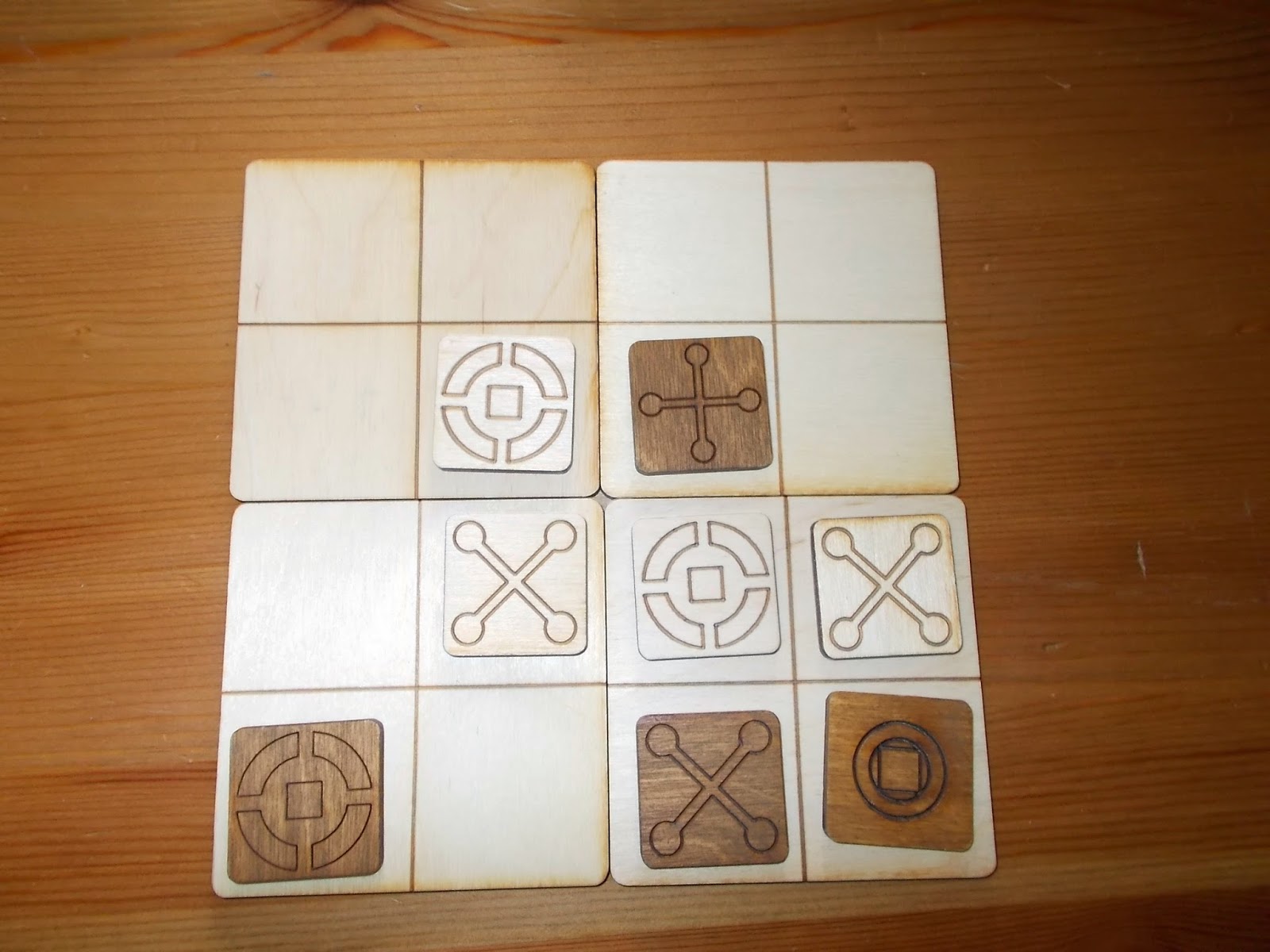 Sounds simple, and it is, but the interesting part of it comes when actually playing it.  Being aware that your opponent has to go where you dictate requires that you think several moves in advance and also be aware of the pieces they have left, because when you play something that would let them paint you into a corner, they’ll get the advantage.  If you cannot play a piece yourself, they get to place their next move anywhere on the board.  When one player runs out of pieces to play, the opponent gets one last move and then the scores are counted up, lines of three get a point, lines of four get two points. 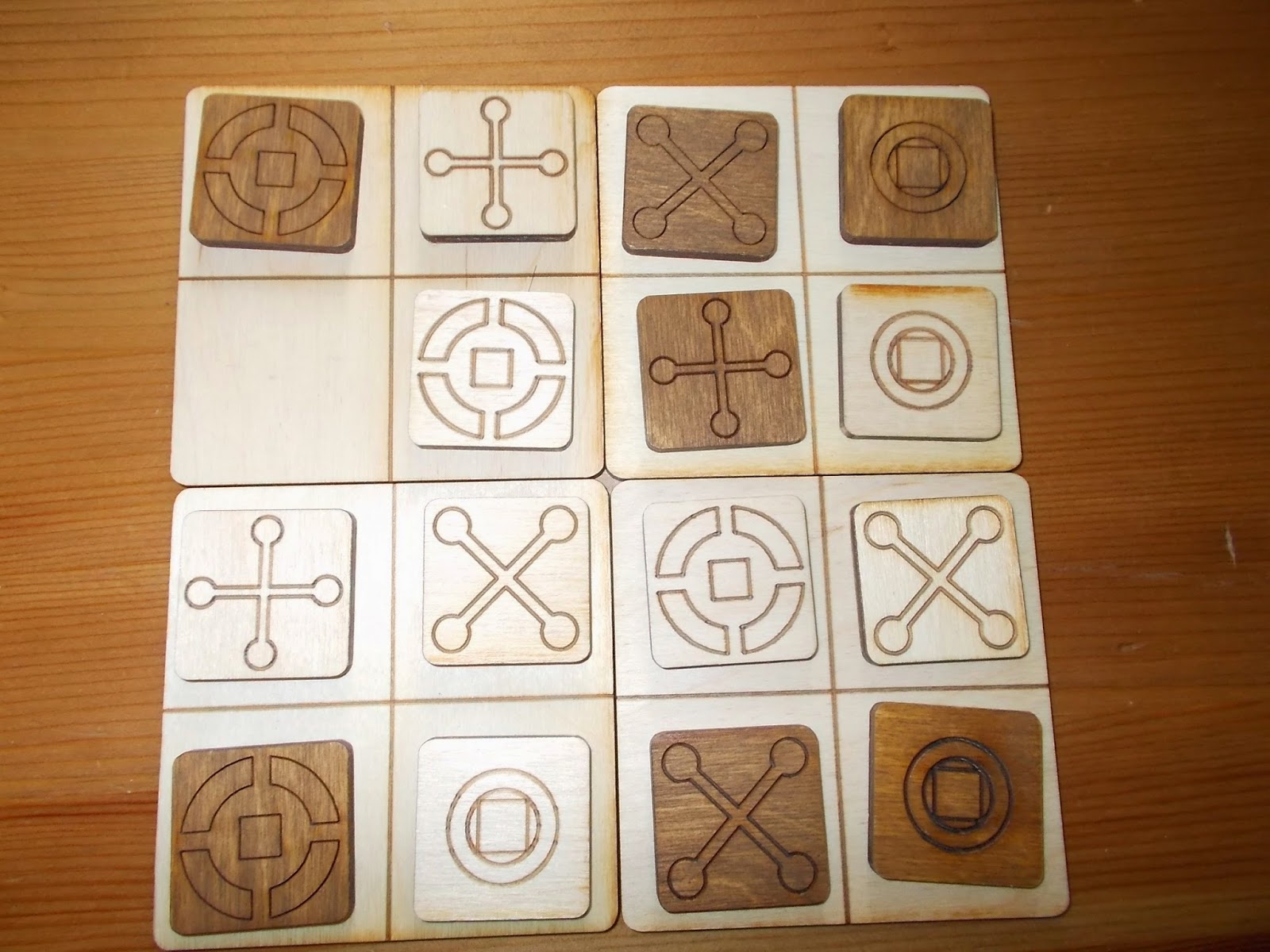 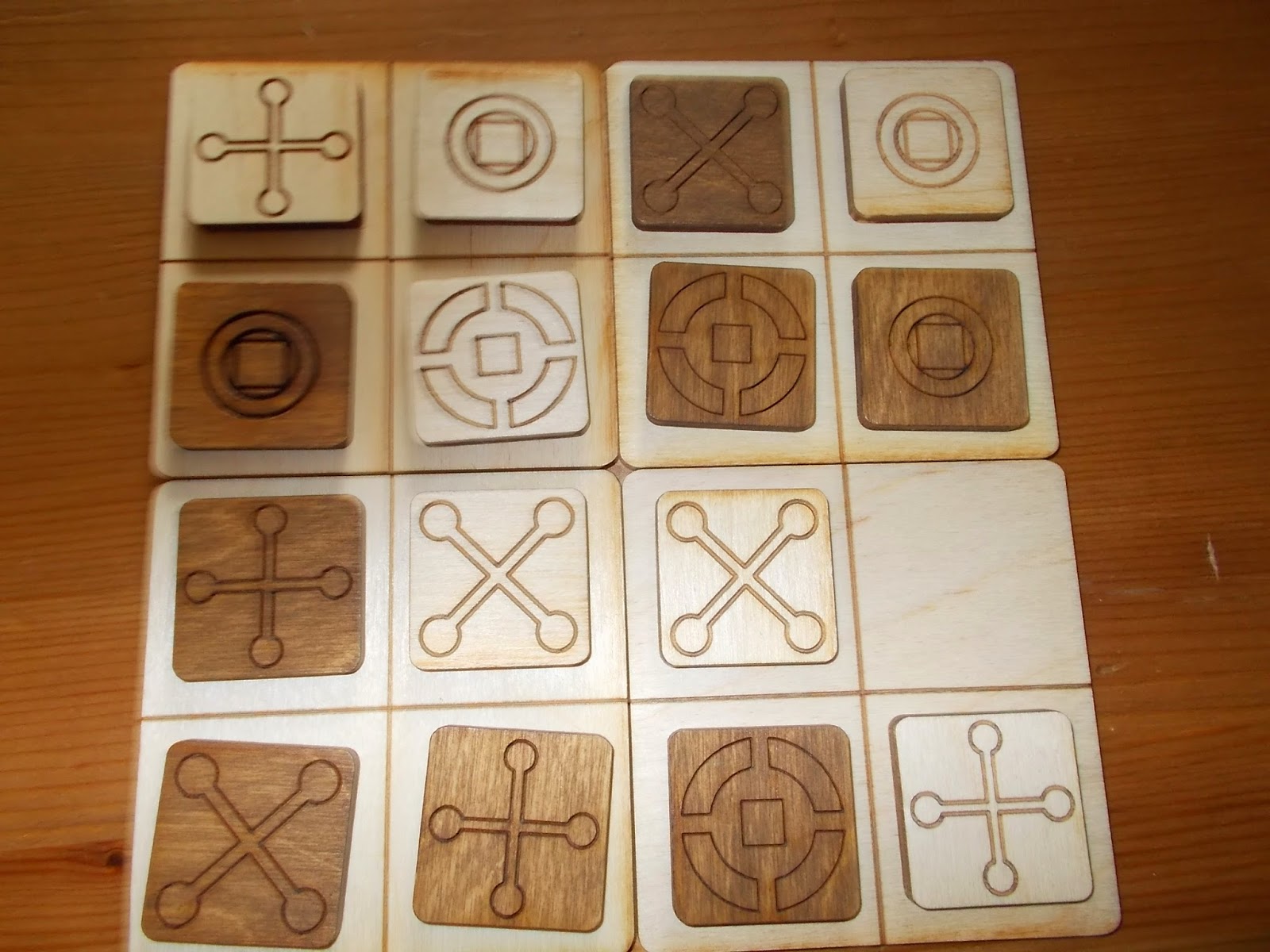 The delight of this game is that it can be set up in less than a minute, taught in less than two and played in less than three, making it the perfect game for those breaks between larger games or when you have ten minutes to kill.  The point of the game is that it doesn’t matter who starts the game and there are no additions or bonuses that you can buy to give you an advantage in the game, the only thing that counts is your skill at the game and your ability to outthink your opponent. 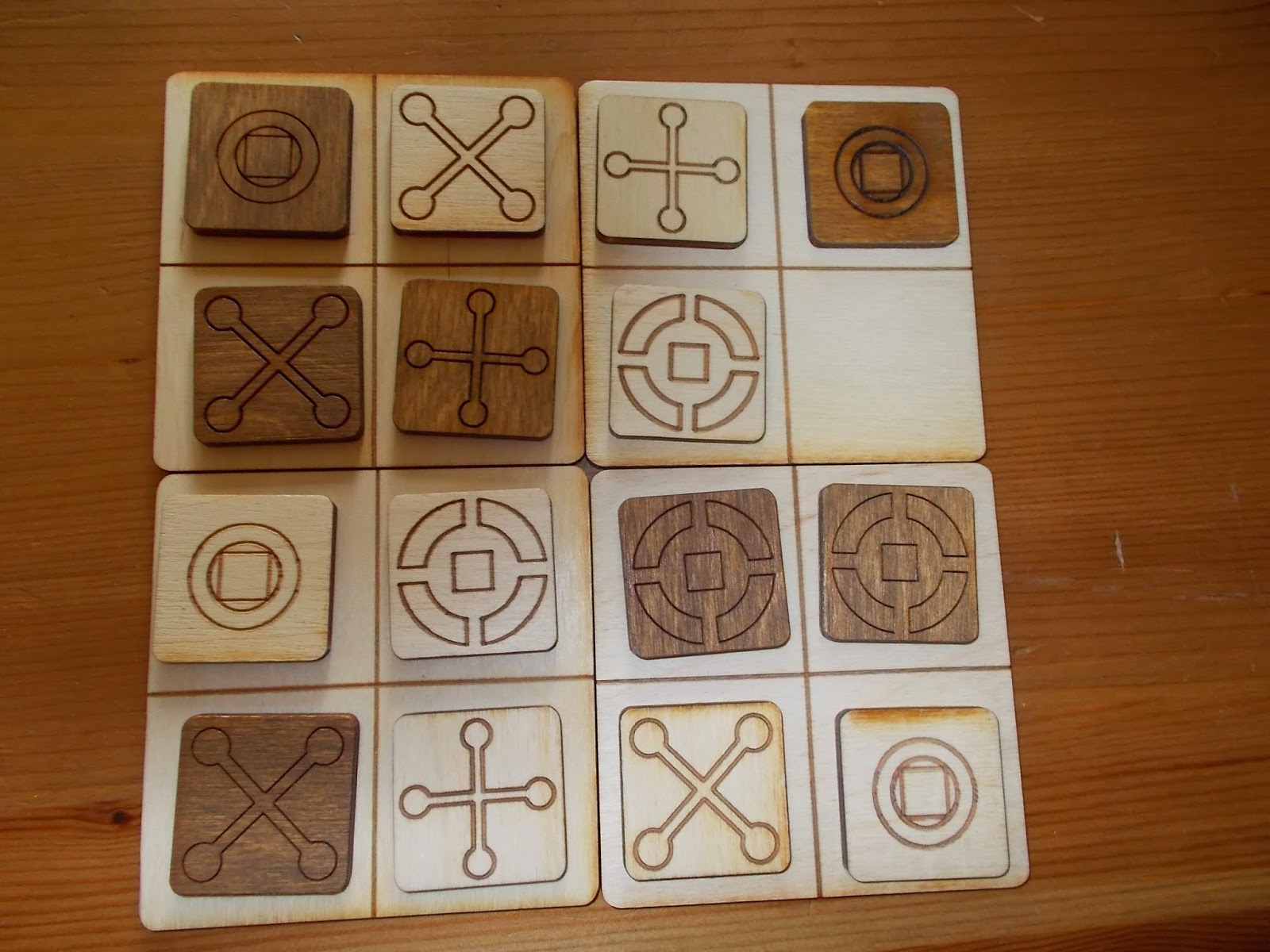 And I miss those sorts of games, so this was a welcome find when I first encountered it last year.

Mijnelieff can be found at http://www.hopwoodgames.co.uk/mijnlieff.html along with other games by the same designer.
Posted by John Dodd at 14:14