For all those thinking that Joe Dever only did Lone Wolf 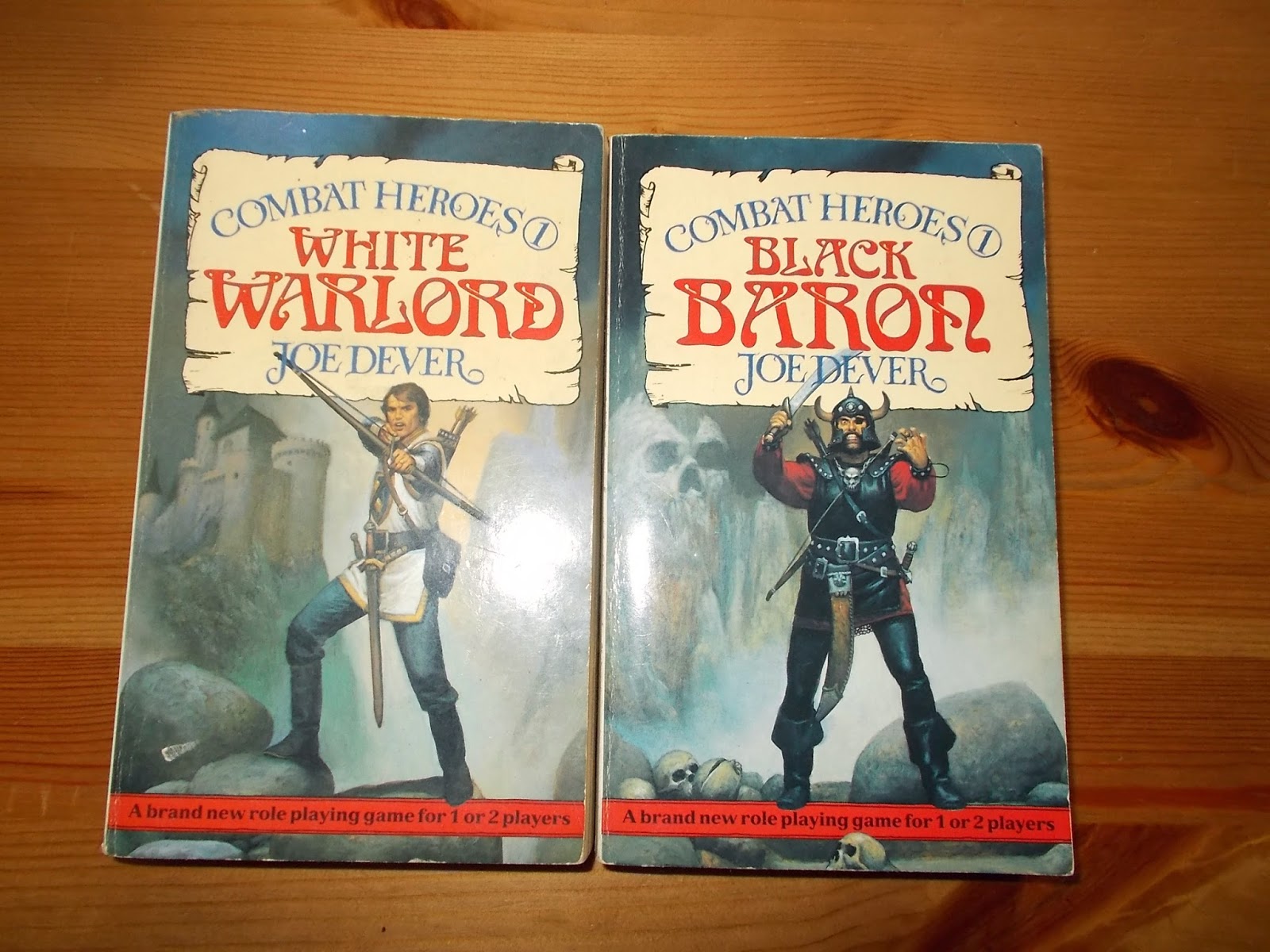 In the spirit of looking at the various PVP games that turned up for tabletop in the early to mid eighties, we now turn to take a look at one of the more involved PVP games that involved two people wandering around a dungeon at the same time trying to hunt each other down. 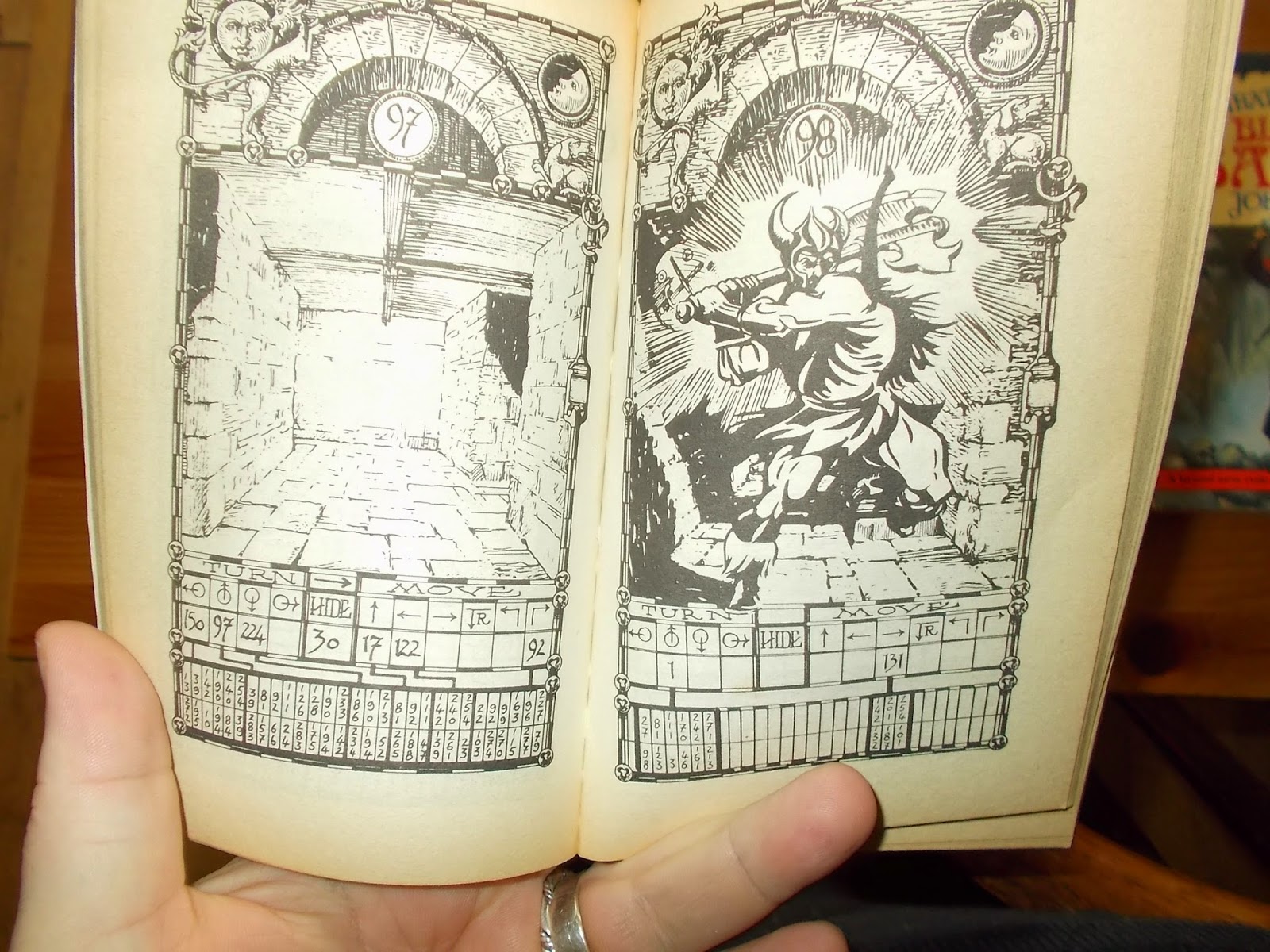 One of these was the White Warlord, the other the Black Baron. 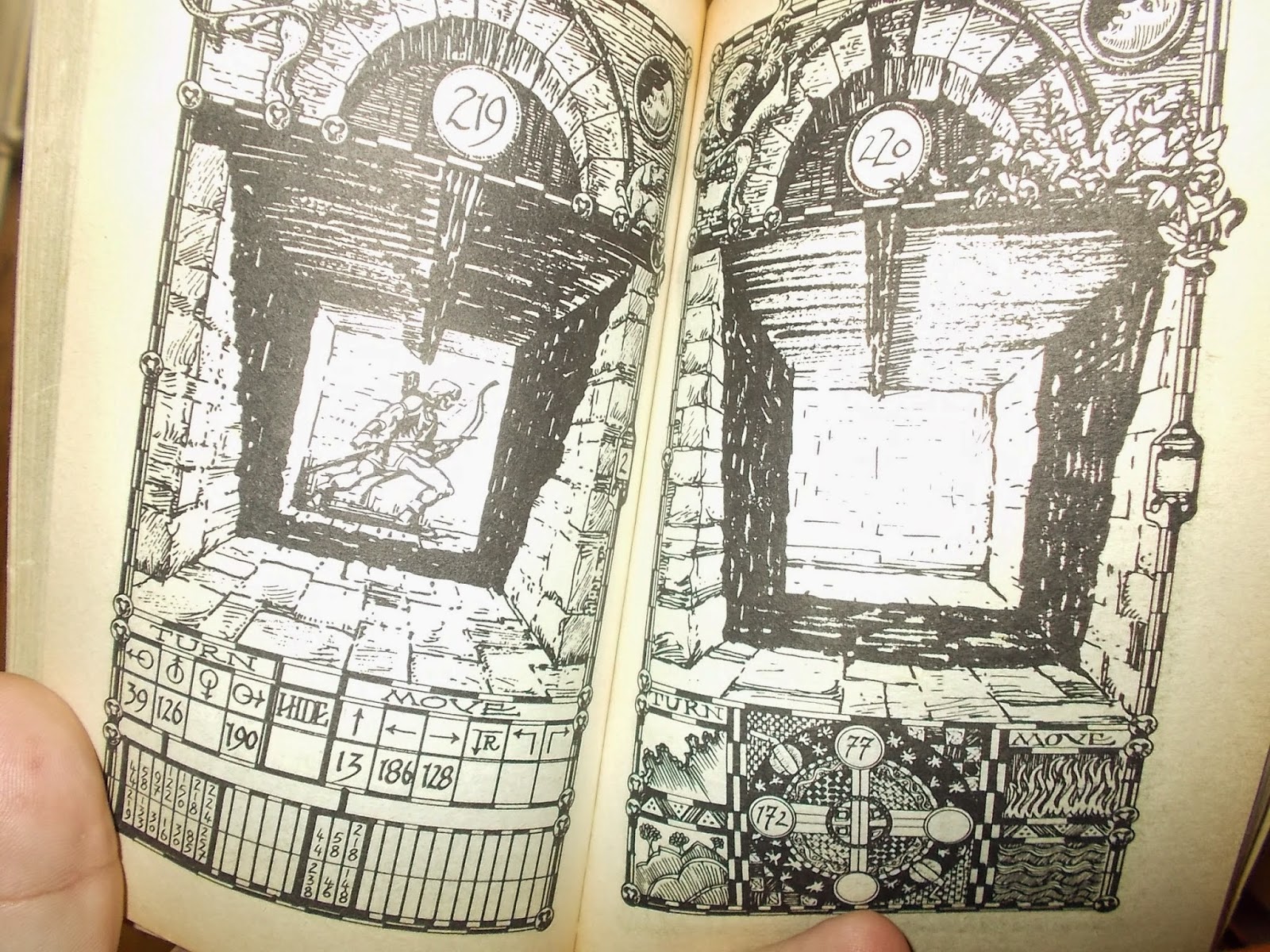 The game could be played with one book as a solo game if you wanted, but it excelled when you had both books and could go hunting each other down.  In the same way that Lost Worlds was the closest thing you got to having a beat em up on the table, so this was the forerunner to chasing people around a maze and shooting at them. 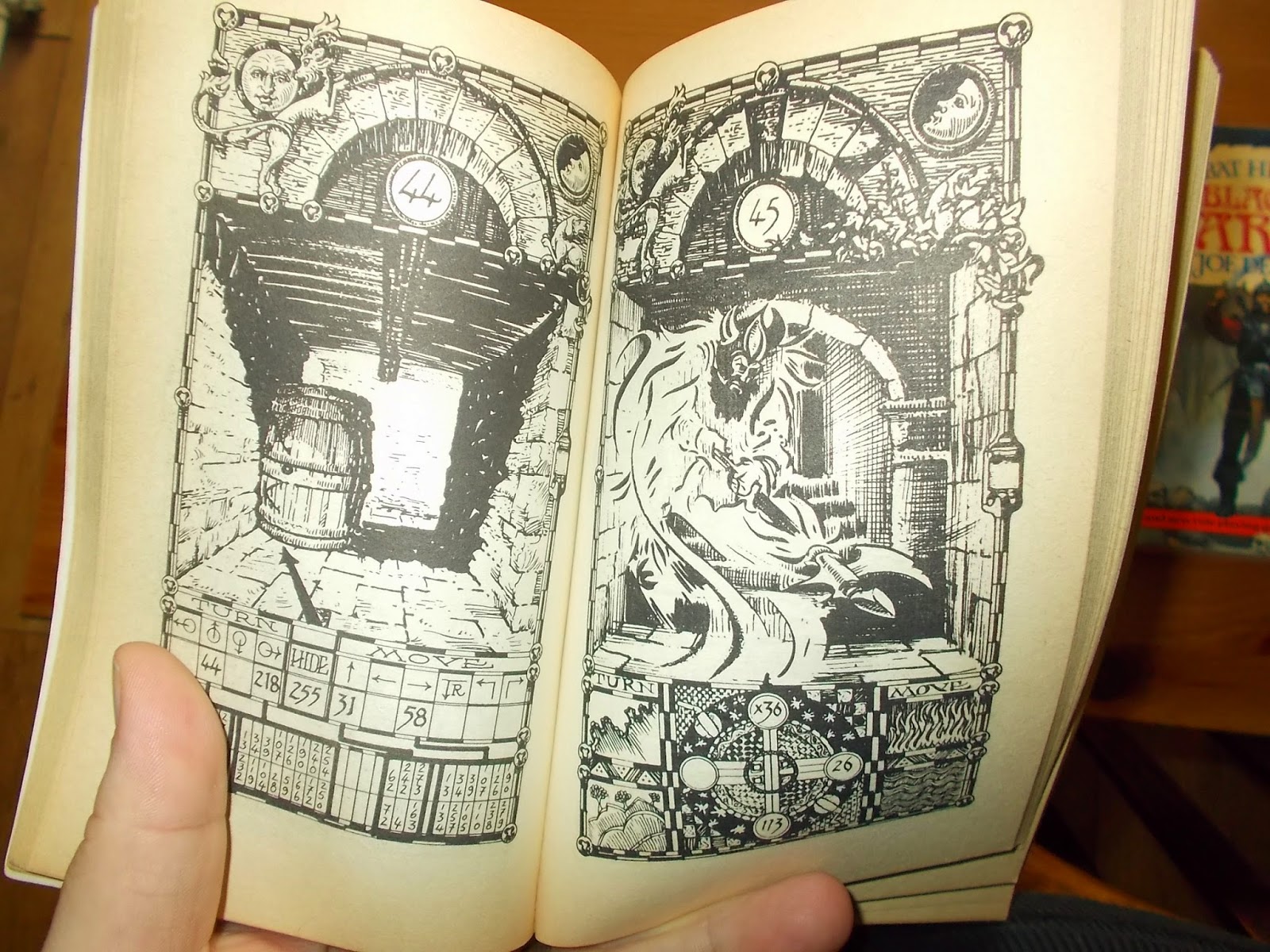 It wasn’t as easy as lost worlds, and there was a lot to bear in mind when it came to wandering around the maze, but it provided a well thought out tactical exercise in chasing people around.  It didn’t get the same level of interest as the Lone Wolf series as it was literally a means to chase someone down and smack them, so the level of story that was presented was far inferior to that found in the LW books. 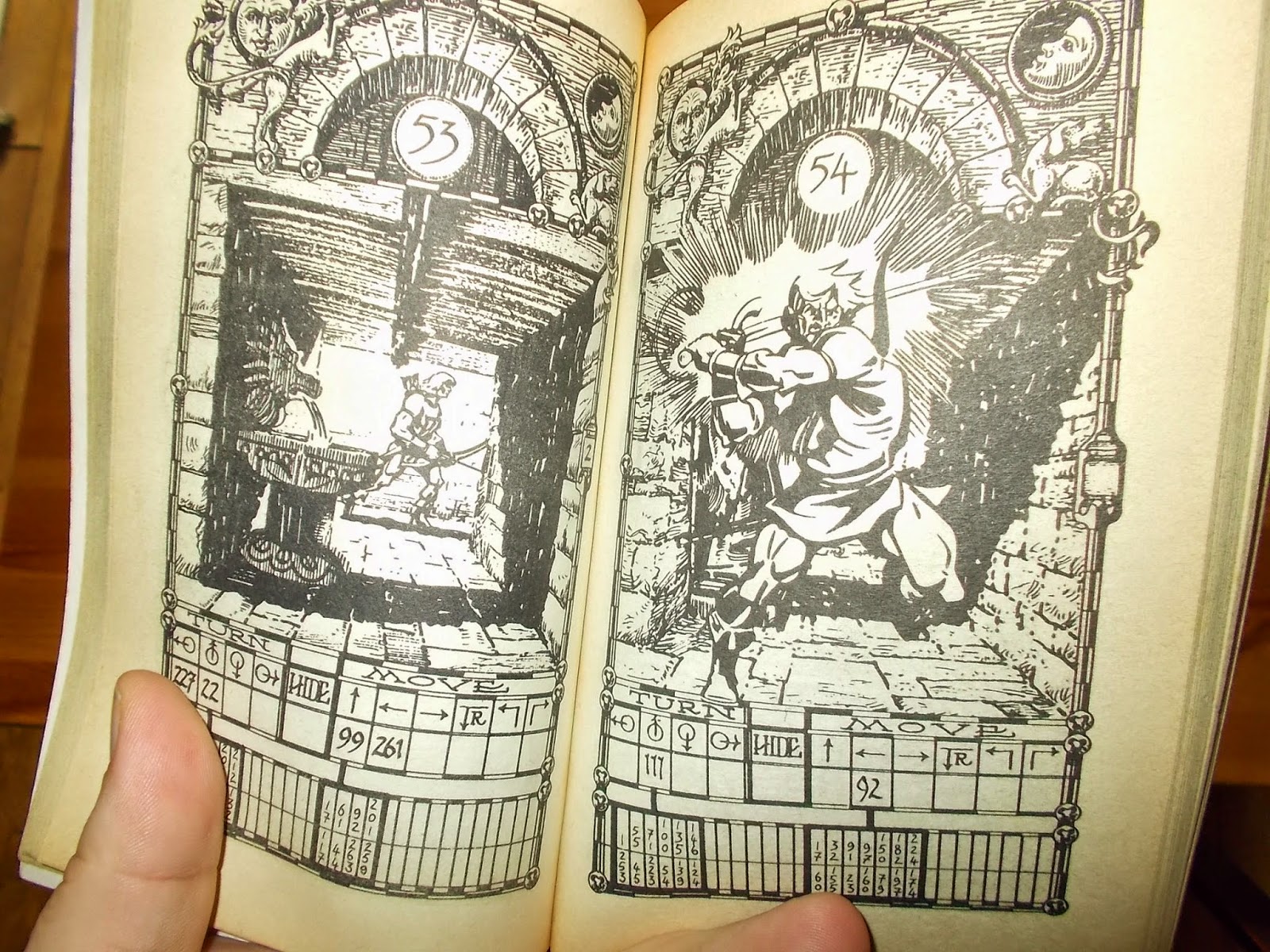 Not that this wasn’t something interesting to play, just that it had limited appeal as a result of the lack of story presented, and it begs the question of whether or not something like that would work these days with the various console games that are out there now.
Posted by John Dodd at 07:21