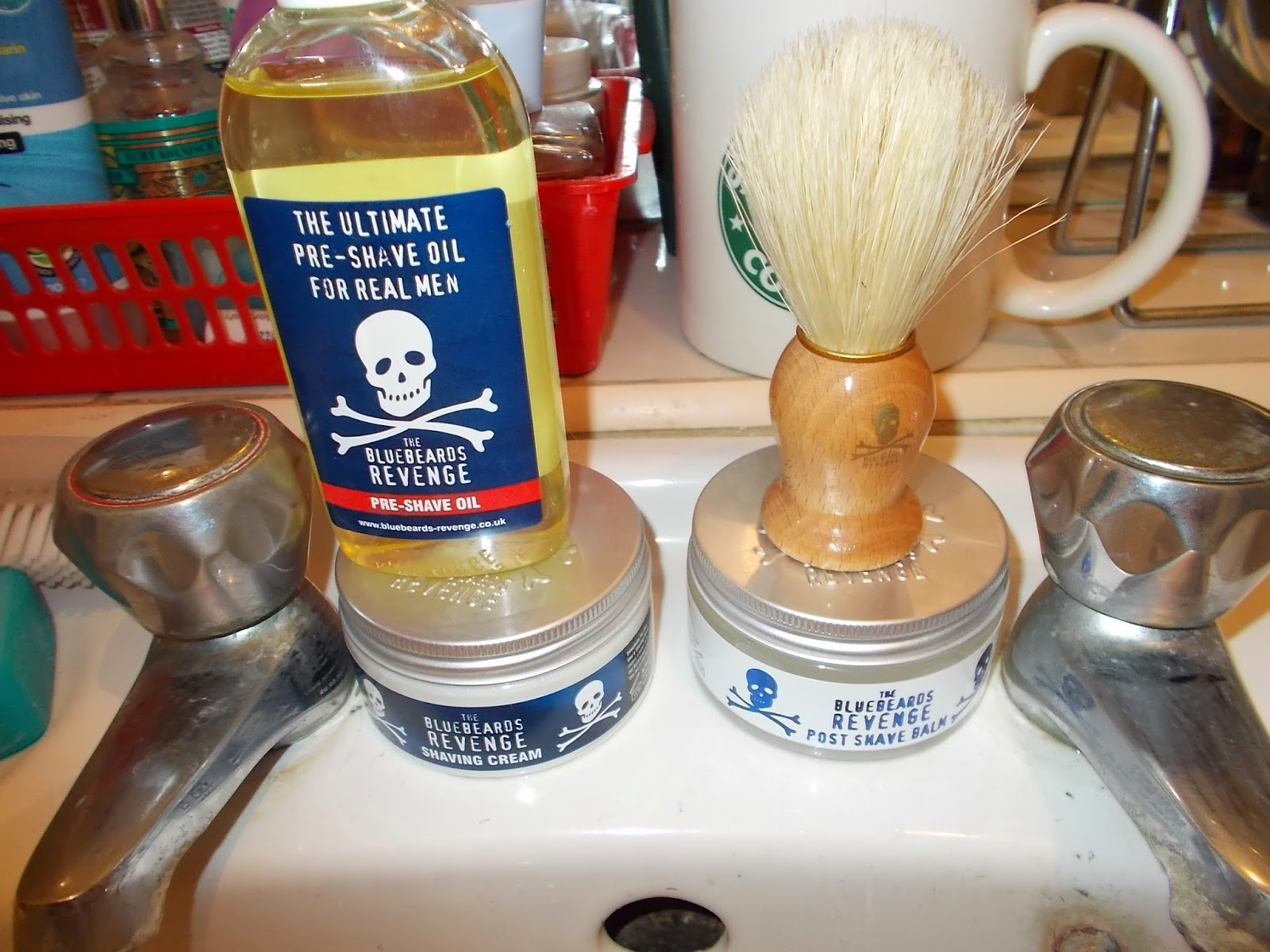 On the whole, I’m reasonably distrustful of anything voted “Best product of the year” in mens magazines, they’re usually the products that offer the most sponsorship or look the trendiest, rather than the products that are the actual best.  The problem is that most people use real shaving gear and cartridge razors, so when they say it’s the best shaving product, it refers to those who tend to use the blades that you can scrape your face a hundred times with and not one slice it.

So, when my little sister (thanks Snoop) got me a whole bunch of bluebeard stuff, I thought to give it the whole hog, start with the oil, use the brush, use the shaving cream, and then the post shave balm (which does look like ectoplasm, fresh from Ghostbusters.)

Starting at the oil, good thick oil, not like spraying your face with water, this was good quality oil, rubbed in well and kept the heat in. The shave cream lathered up better than most things I’ve tried before, and I’ll come to that in the second part of the post.  First shave I gave it the benefit of the doubt and used a Merkur blade, mainly because I’ve never had a bad shave with those.  Good shave, no nicks, no problems, and a thin coating of ectoplasm to finish.

Pleasant shave, nice fragrance, and kept me clear for a good few days afterwards, which was very nice.  However, given the amount of new product being used on the same day, I thought to conduct a second test, this time just using the brush, the oil, and a different shaving cream, my old favourite, Taylors Lemon and Lime. 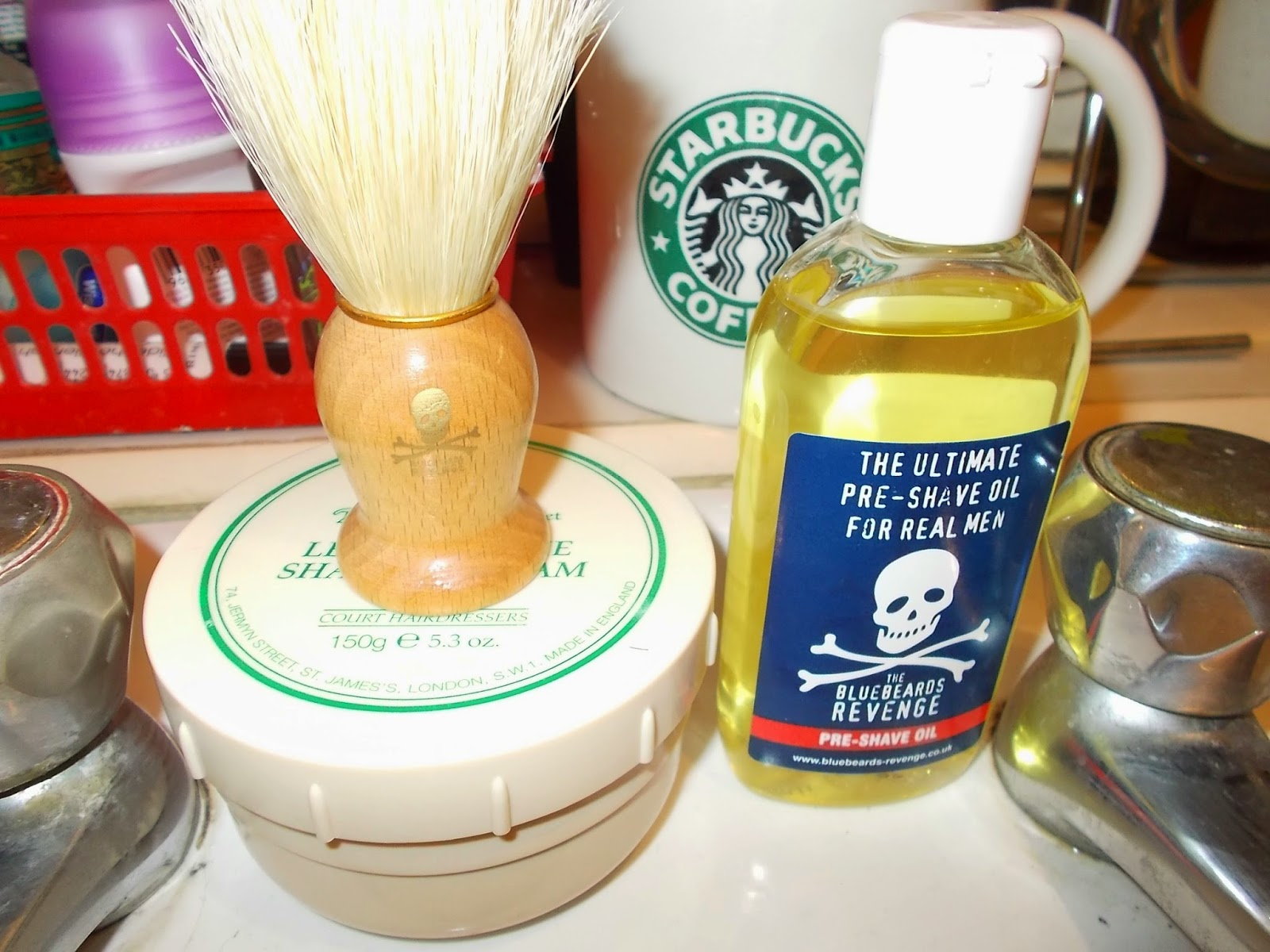 And just to make sure it was a real test, I used my least favourite blade, a Gillette 7 O’clock.  The brush lathered up very well, not quite as frothy as the bluebeards mix, but the bluebeards is a softer mix, so you get more on the tip of the brush when you dip the brush in.  Still, more than enough for a thick first lather and then a thin follow up.  Got a single nick, not deep, but still a single nick, which leads me to believe that the Gillette’s will soon be consigned to the “Never use it again” section of my shaving cabinet, but otherwise good clean shave with no real problems, bit of Ectoplasm afterward and then down here to type this up.

Interestingly enough, I got another shaving brush for my birthday, ostensibly made of the same bristle that the bluebeards doubloon brush is made of, but far thicker and as a result, far more difficult to froth up.  More on that later, for now, the Bluebeards stuff isn’t the very best stuff I’ve ever used, but it’s a very close run for it, and while it’s very expensive, it’s excellent as a present.

And worth a look if you’re buying it for yourself...
Posted by John Dodd at 13:41