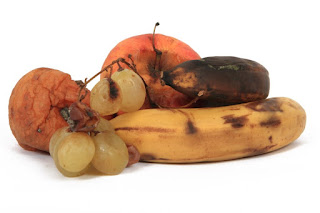 Watch Commander Frith went to the city council and checked for the level of response that they wanted to put in on people who’ve been hoarding food.  Word came back that they wanted to come down hard on all those who’ve been caught hoarding, so for the last week, we’ve had the street teams monitoring the houses who’ve had the most fresh food dumped outside of them, and in each case, we’ve put a team on that house to make sure it’s not some enterprising hoarder who’s decided to leave their rubbish outside someone elses house…

Turns out we were right to keep an eye on things, seems that one of the rich folk had word from the watch that we were going to be keeping an eye on things, so had their servants dropping the food outside of the church halls to throw everyone off.  Now we’re not going to find out any time soon who’s on their payroll in the watch, but we had to take steps so that no one got the briefing before we’d already apprehended them.

Anyone here familiar with Chancellor Tonil?

Yes, that Chancellor Tonil, the same one that voted down our wage rises for the last two years and cut the spending for the street squad because, and I quote, it presented an unacceptable increase in public spending.  There’s about a quarter ton of not so fresh any more fruit and vegetables, and he gets released from the stocks as soon as he’s finished it, his family can volunteer to help with it if they like, but they don’t get fresh food from anywhere until they’ve finished all the excess they kept from everyone else.

Hopefully, those who think the rules don’t apply to them and still have any continuing thoughts about hoarding, they might think twice when they see this.

In other news, south side task force is reporting that the Remian street party is scheduled to go ahead, so I’m going to want a few of you to go along to keep up the social side of things by making sure that no one gets into the party.  You’re going to be the least popular people in the city for a day, but only amongst people who can’t comprehend basic instructions, so the chance of you upsetting someone who’s actually going to cause a problem is not very high at all.

That’s everything for the morning watch, Chancellors and Chancers all over, just remember…