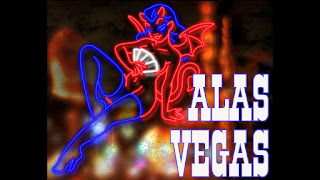 It’s a sad day when I write a Kickstarter off.

It’s not about the money, it never has been, I’m a firm believer in not pledging money that I don’t have free, and in many cases, it’s less than the price of a meal at the local pub, so all I do is skip dinner and feel better about it.  For me, Kickstarter is equal parts looking at interesting new ideas and also supporting people towards making something they want to happen come true.

So on a day when I write off two of them, it is a sad day… 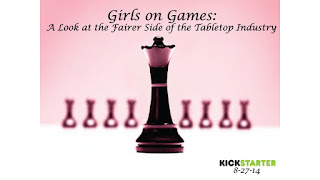 The first one is Girls on Games, the second is Alas Vegas…

And to be fair, they’re both being written off for pretty much the same reason.

Girls on Games was backed because it’s a subject that’s close to my heart, I believe that if there’s a way gamers as a group can have more girls in games, there’s no fail to be had anywhere and that set of essays had the potential to bring a whole lot more women into the industry.

Alas Vegas was backed because I know James personally and wanted to support in any way that I could, I do this for a lot of people I know, because it’s important to show the support when you can with more than happy words on facebook.

Both projects have floundered somewhat, and while no Kickstarter delivers on time, there are signs on both where there’s a clear indication that something is wrong.

First – No updates on the main page, except sporadic notes saying “Soon, SOON.” with deadlines that are never met.

Second – The creator of the project is always on Social Media, and happily engages on a variety of subjects, but never on the delayed project.

Third – The creator has been engaged on a number of other projects, all of which have been completed, and they’re still working on those projects.

The understanding has to be present that everyone needs to make a living, but if something is important to you, you’ll find a way to make it happen.  When it comes to these two projects, I no longer believe that the projects are important to the creators, either they’ve become weary of the constant barrage of people asking “WHEN!!?!???!!” or they no longer have the vision that they once had for the project, and they can’t find the words to explain that it’s no longer in their heads.  In the case of Girls on Games, there hasn’t been an update beyond “It’ll be soon” in six months, with Alas Vegas, there hasn’t been an update in six months.

Whatever the reason, the creator can’t publicly give up on the project because there are people out there who’ll want their money back, so it drags on till all those who backed it just write the money off…

On the one hand, there’s still the possibility that both of these things will deliver, but it’s Toxic to hold out hope for things that show no prospect of ever being completed, because you end up getting annoyed and the negativity spirals, and I’d rather concentrate on the things that still bring me hope.

I’d rather have the people who did the project do something else, so I can think better of them.

Will I ever forget that they took money of mine in return for things that were never delivered?

Will I keep backing others to achieve their dreams?

Will I spend any more time thinking about these two projects?

Do I feel better about that?

And that's how we keep hope going, never concentrate on the bad, be aware of it, but don't let it bring you down...
Posted by John Dodd at 03:50