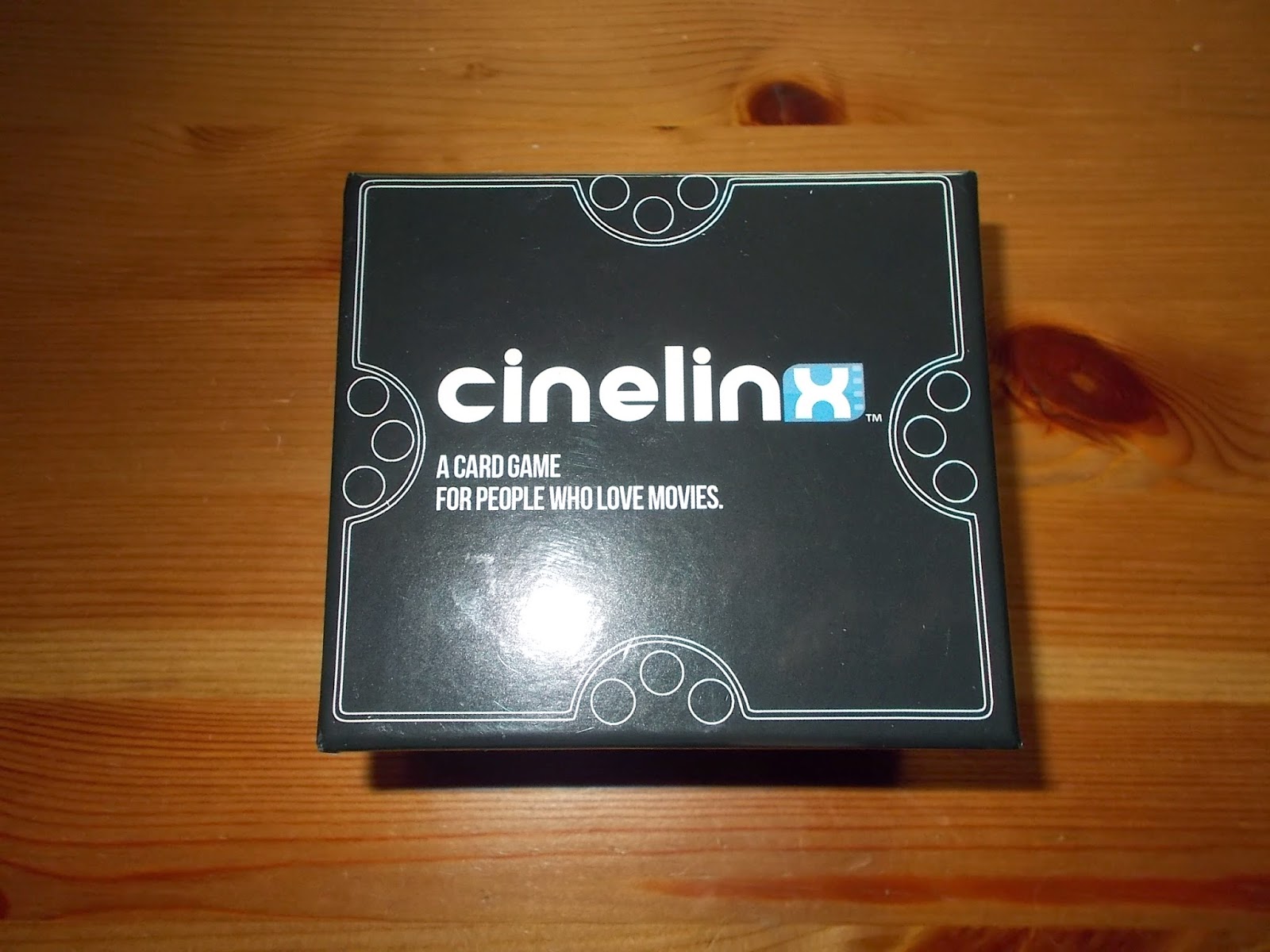 I do like movies, they were always the big treat for me when I was a kid, partly because there was so little else to do, but mostly because they were that gateway into a shinier world where the good guys won and I’ve always been a sucker for that J  Over the years I amassed a good knowledge of films, actors, quotes and other things about films, and it’s only now that I’ve found a game where all that knowledge can actually come in useful... 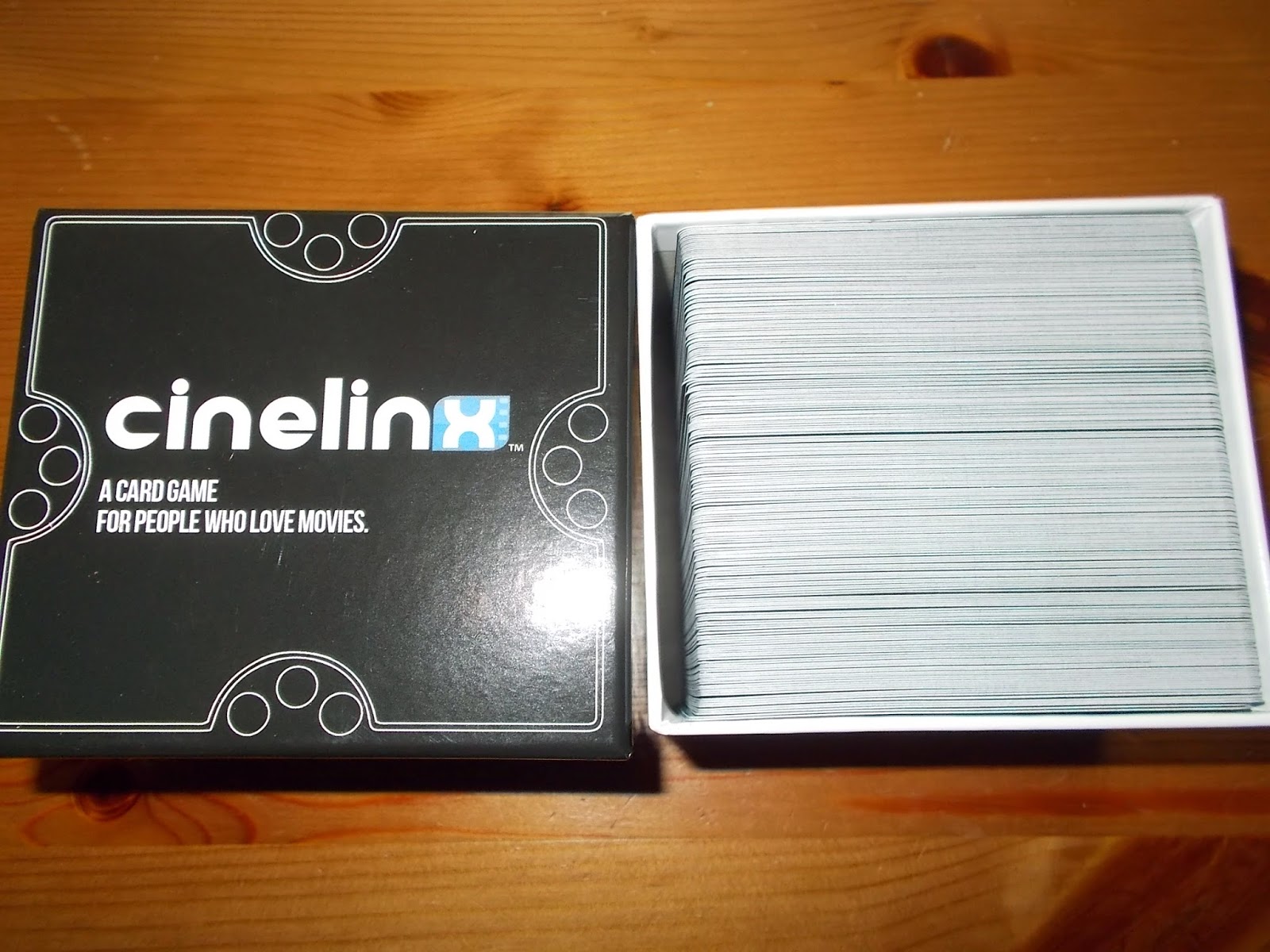 Many of you will have heard of the game that this is based on, where you pick two different actors and then try and link them through the films that they’ve been in and the other people they’ve starred with, this takes it one step further and goes some way towards levelling the playing field from those that know all manner of things about films by giving you a particular set of actors and films to play with.

The idea is a simple one, the game starts with a single card in the middle depicting a Genre, then you build around that, either by placing a film that’s from that Genre, or an actor that’s been in a film of that type. 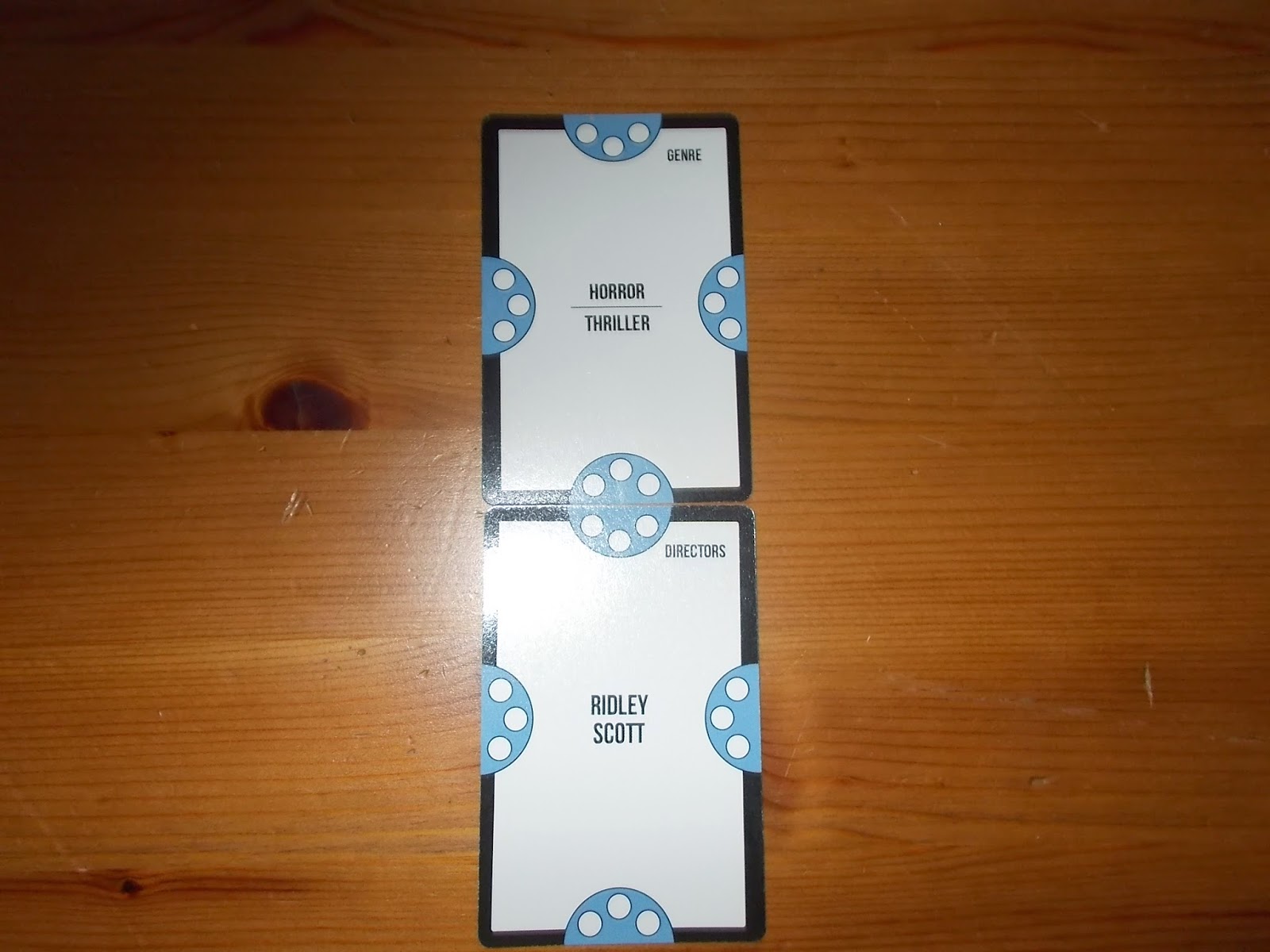 From there you build on each link by taking one of the six different card types, being Actor, Genre, Movie, Director, Quote, and Character.  As long as you can link some element of one of your cards to the cards already on the table, you can play a card.  If you can’t play a card, you draw a card.  First person to use up all their cards wins. 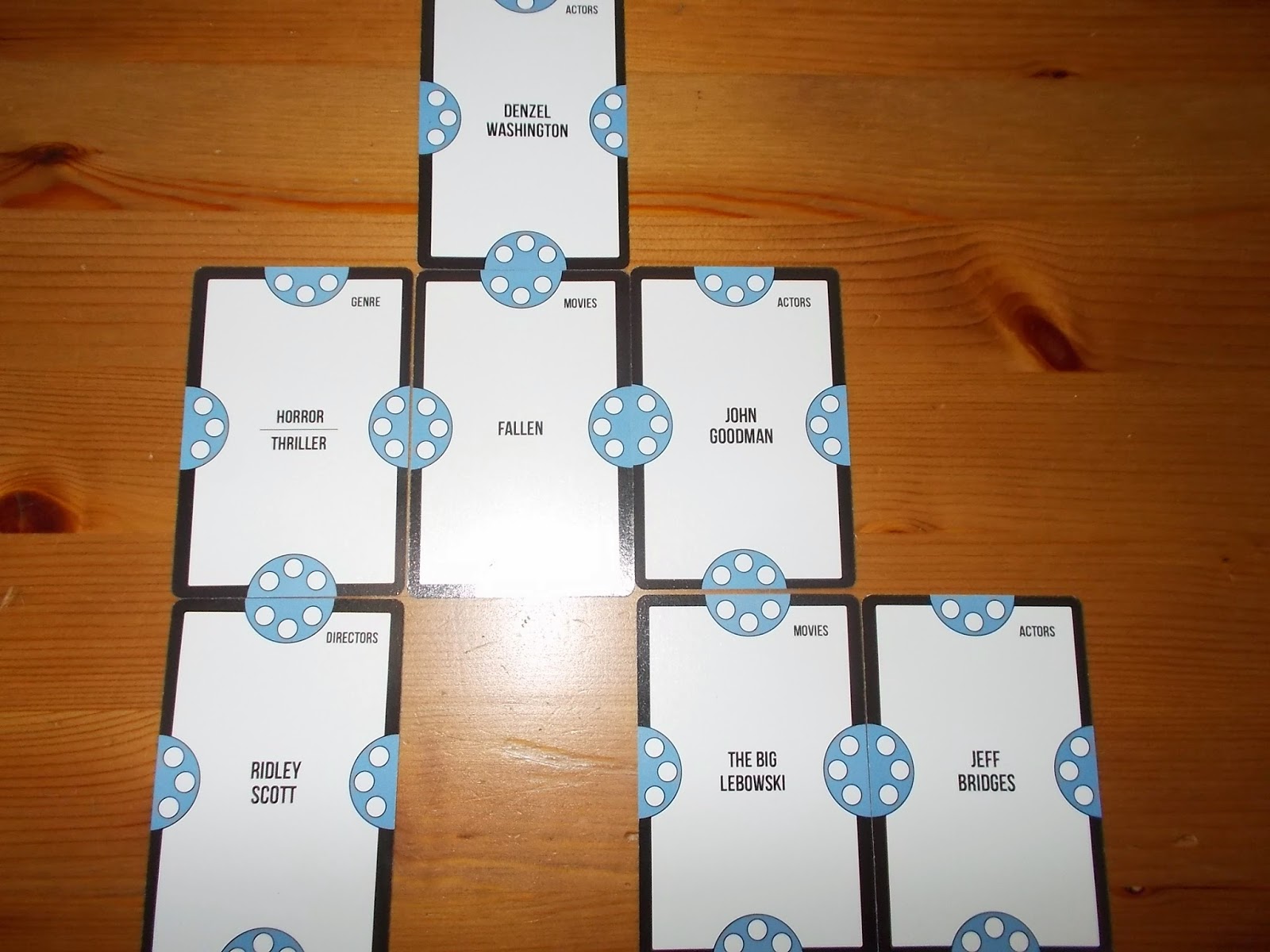 In theory it’s a fairly simple game, and if you’re playing with the entire cast of Hollywood in your head, it really is, but when you’re limited to the cards that are in your hand and those alone, the game becomes a lot more about stretching out your knowledge of films in general.  Before long, the board will resemble something like this, until someone finds the one link that lets you start playing the rest of the cards in quick succession. 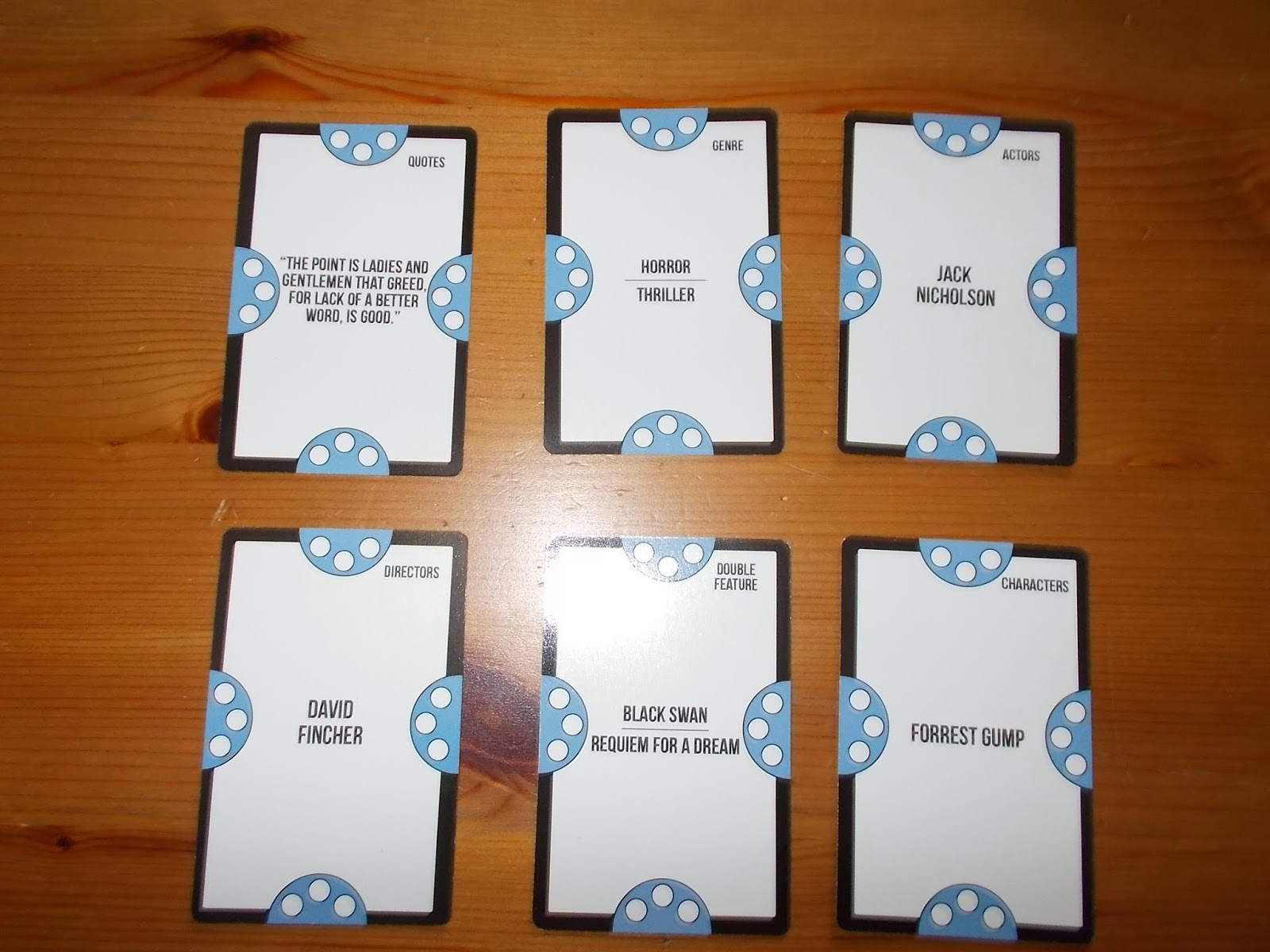 Got it this morning and played it a few times so far, one of the games went very quick, got all the right links and the game was done in five minutes.  On the next one, we just couldn’t get a break on the cards and we ended up running around the set of cards just trying to make a link on the thing, the key point being that even that game didn’t take more than ten minutes because of the speed of play.  It gets a little slower towards the end as you get so many different links to keep track of, but it’s still fast to play and easy to pick up.