Before X Wing, there was Star Warriors 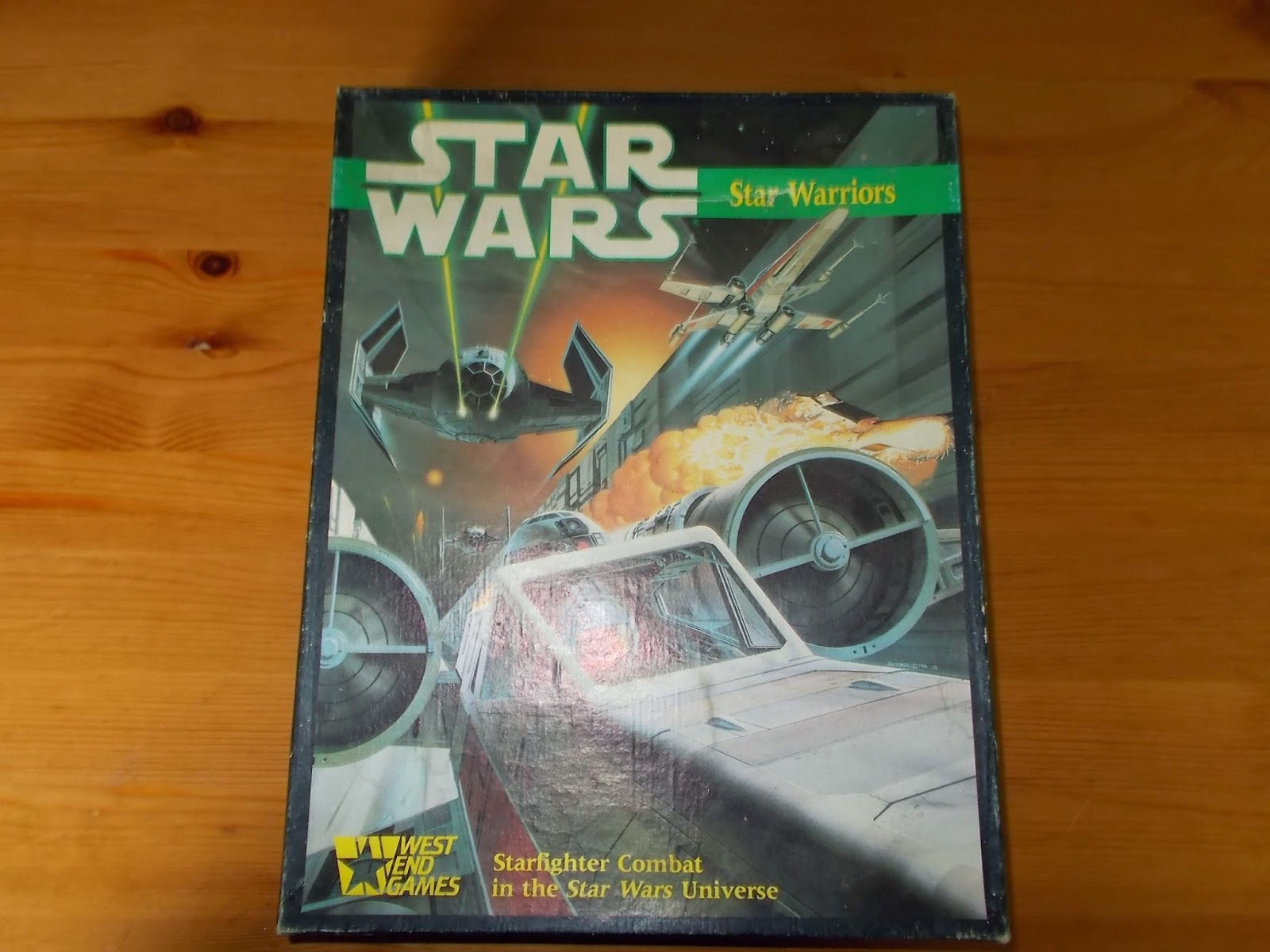 The success of X wing in recent times has shown how much people enjoy a good dogfight in space, but it wasn’t the first game to take on the challenge of space combat in the Star Wars Universe. 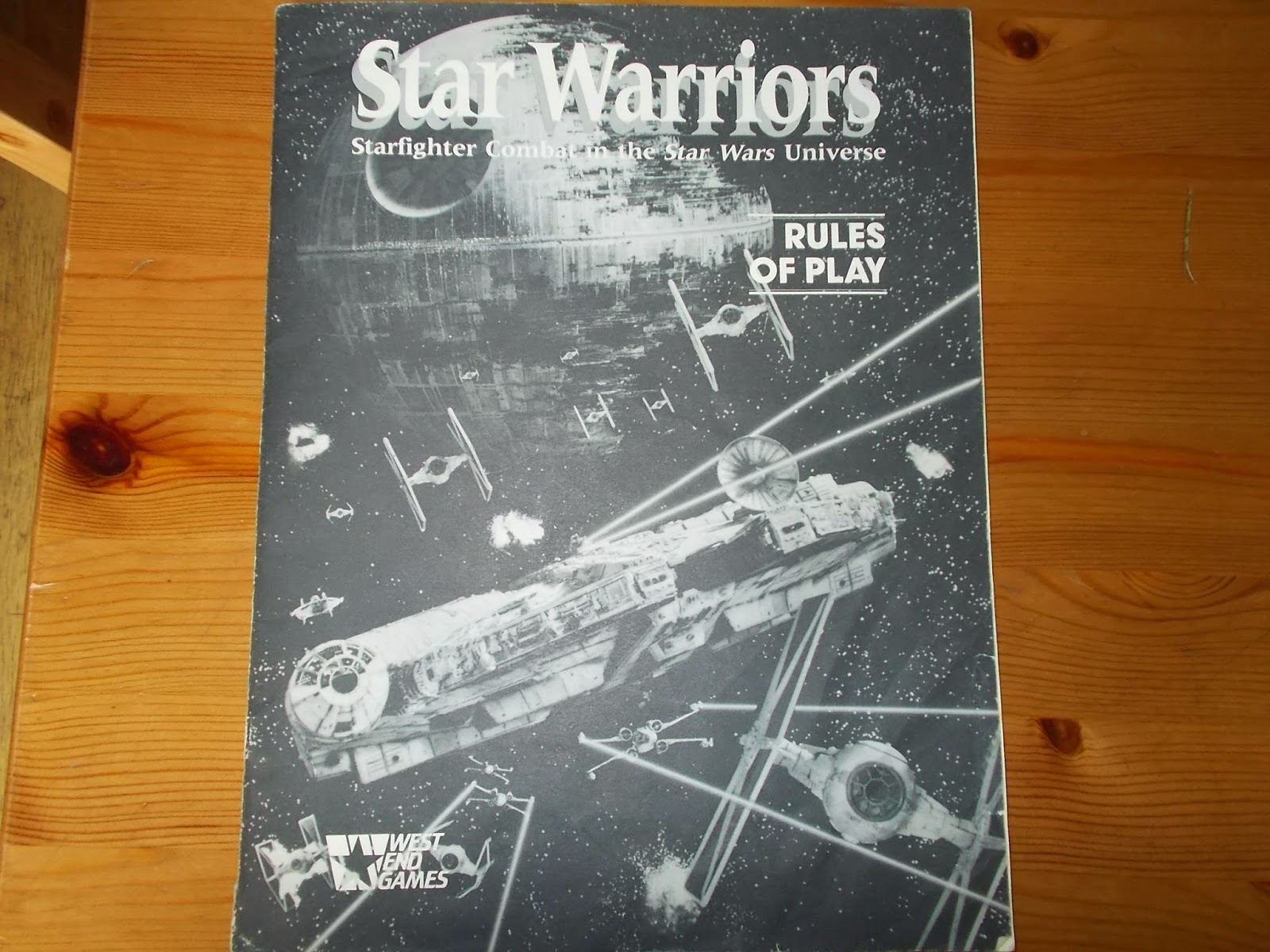 First produced back in 1987, it contained all the rules needed to play any level of conflict, from a small skirmish to a full on engagement against star destroyers.  The production values are consistent with games from the time, there were no full colour miniatures (that you hadn’t painted yourself) to play the game with, but loads of counters, including asteroids and droids to upgrade the ships with. 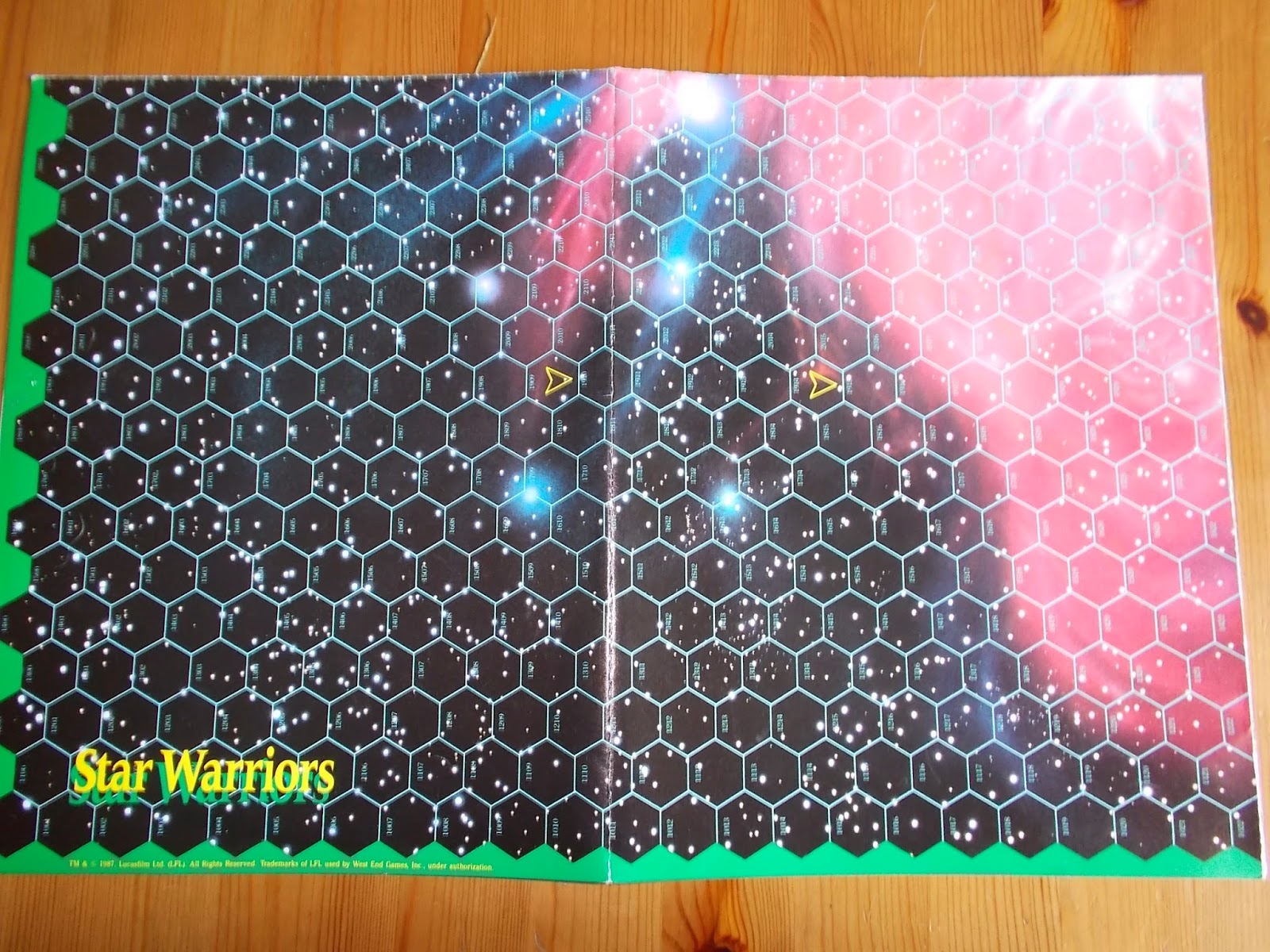 It’s not hard to see that it could easily have been the precursor to the X wing that we play today, but the difference between the two (Production values notwithstanding) lies in the rules and the playing of the game.  X wing has a simple set of rules, templates for moving, cards to cover special actions and a points system that’s been tested to ensure at least some level of balance in the game. 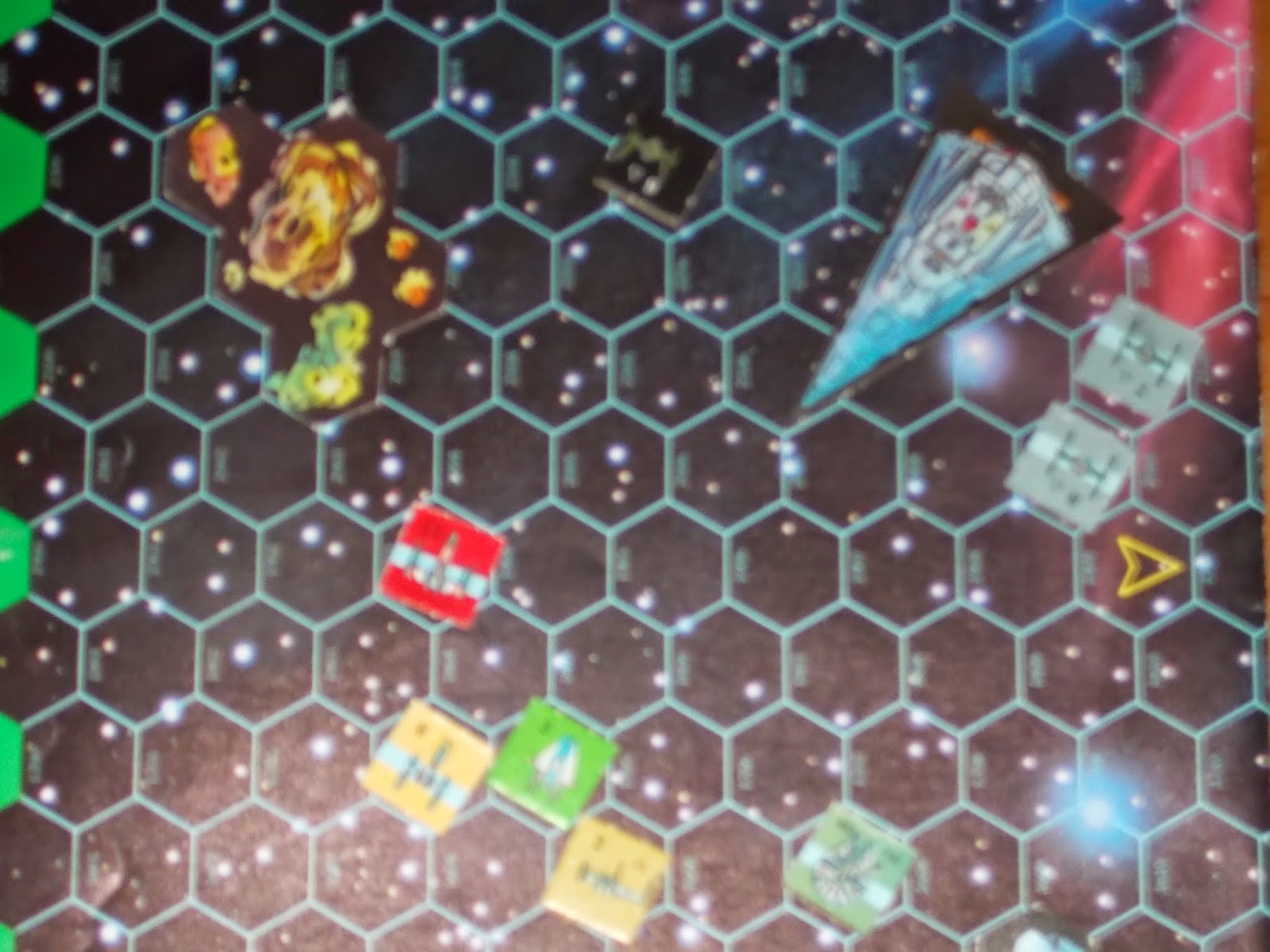 Star Warriors was a very different game, pilots still have a skill rating, but rather than the elegant method of the higher skill getting to move late and fire early, the skill rating in Star Warriors is used to determine how many moves you can make.  It’s possible to load more actions on to your pilots than they’re likely to be able to complete, but if you, there’s every possibility that you’ll fail on one of the actions and find yourself way out of position and in serious trouble the turn after.  The game turn proceeds with each player taking a ship and carrying out its action till all the ships on the boards have had their turn. 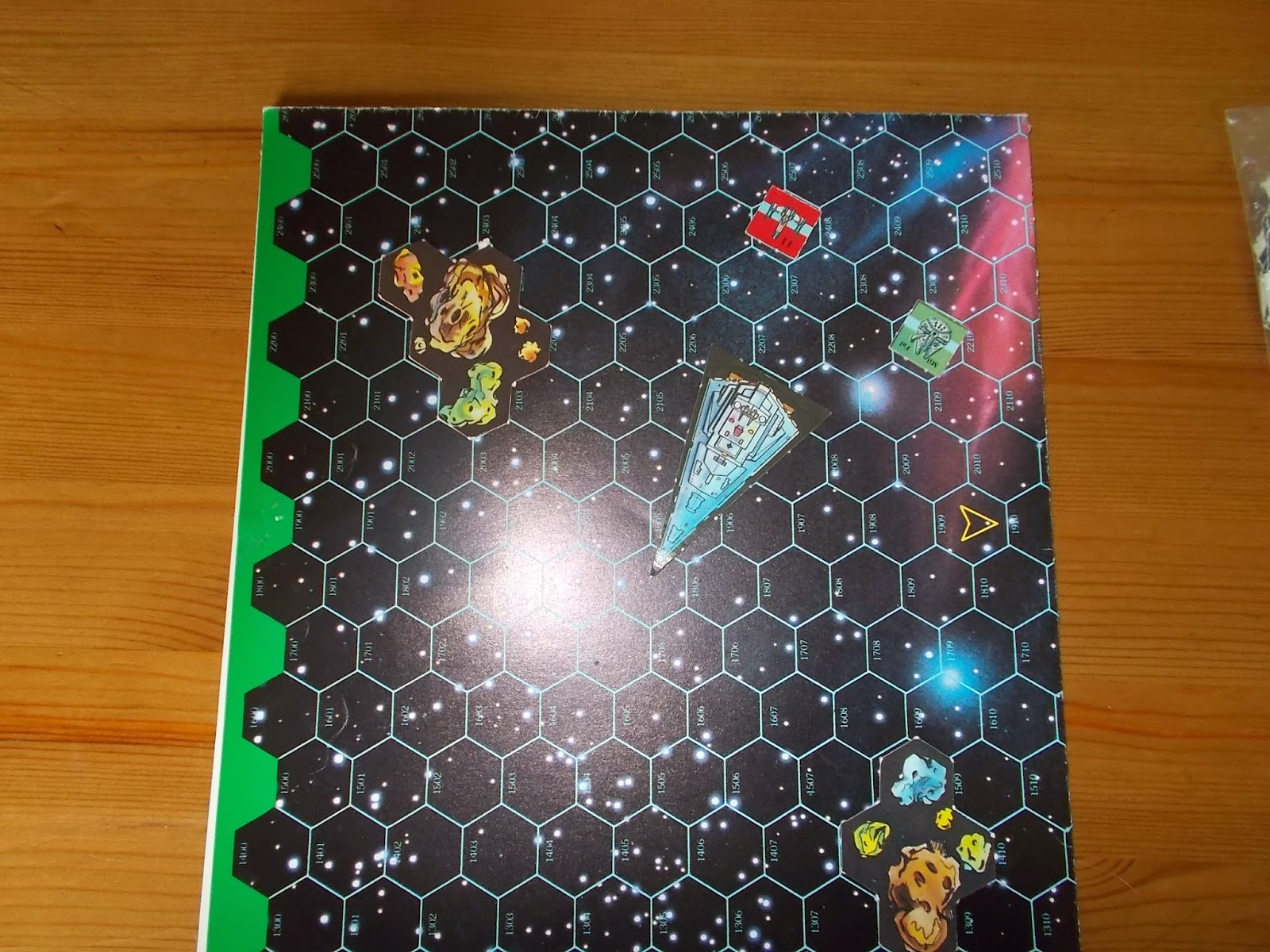 Firing arcs are similar to those used in X wing, but given that the game is played on a board, there’s no confusion to be had with the shooting.  Weapon damages are reduced at greater distances, but if a snub fighter gets hit by a star destroyer, you can be pretty sure that’s it’s going down in bits.

As can be seen from the ship data sheets, it doesn’t set up at the same speed as X wing, and given the twenty five plus years distance in development, that’s to be understood.  The difference in the games is to be had in the playing of it.  X wing is very much about building combinations of ships and tactics to take on the enemy, Star Warriors has a strong element of tactics in it, but also favours occasional moves of boldness and the taking of chances to get the position on your opponent.  It doesn’t always work, but those times when the force is with you, the results can be staggering. 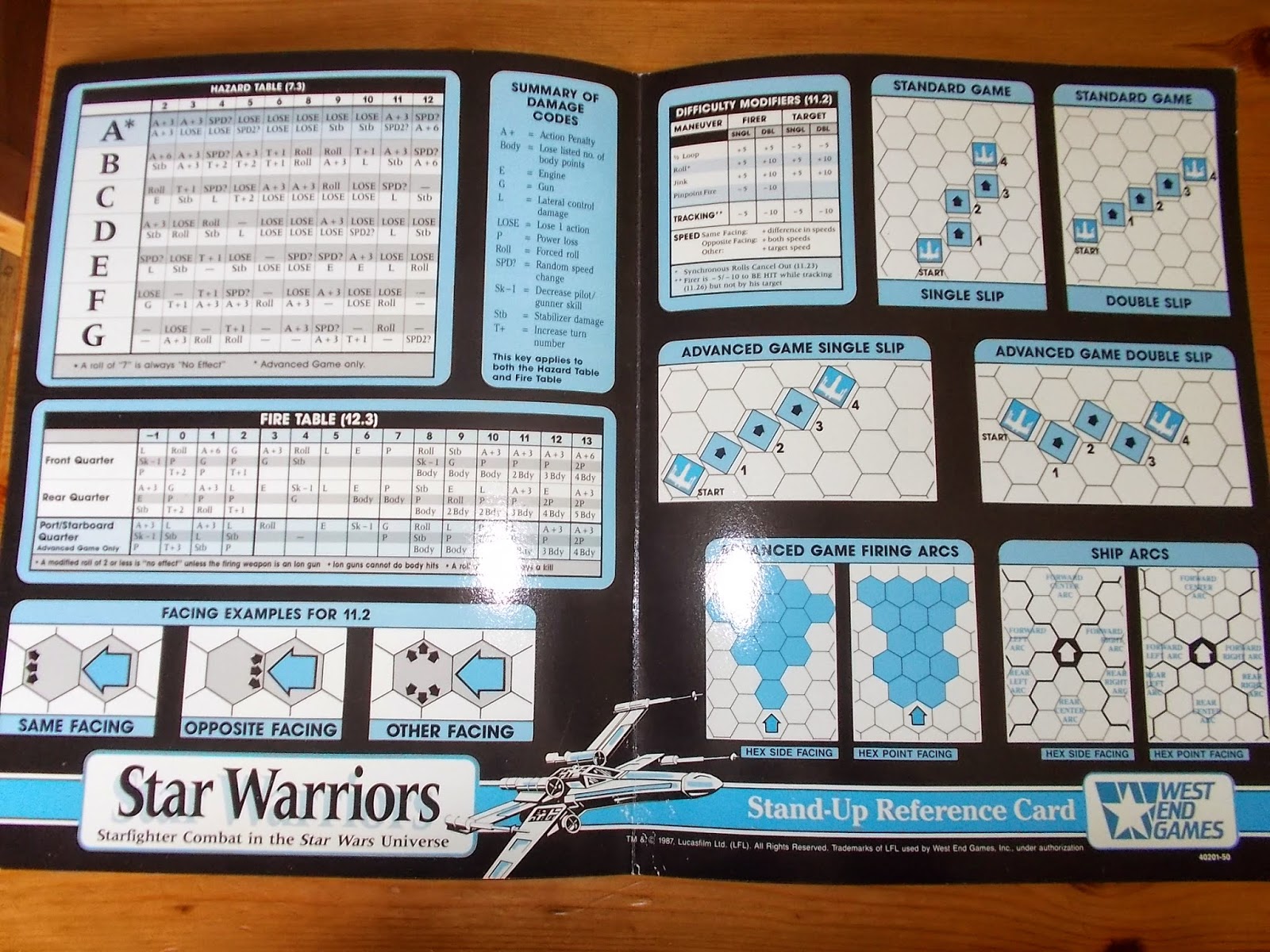 The basic game involves simple moving and firing, and while you could make any move that’s available in X wing, you had to be sure you had the right level of piloting skill to make it.  The advanced rules include options to use torpedoes, bombs, missiles, even the Force itself and while it took a little longer to set the game up, it was just as much fun to play.  The rules used were similar to those found in the roleplaying game by the same company, so much so that if you had a character in the rpg with ship combat skills, you could play through dogfights by just supplanting your character for the pilot that would normally be in the ship.

I like Star Warriors, maybe not as much as I like X wing, but I’m a sucker for shiny models and easy templates. I like the way you can push the models to make more dangerous moves at the risk of possibly failing them, rather than staying within very strict guidelines that your opponent will be aware of and able to anticipate. 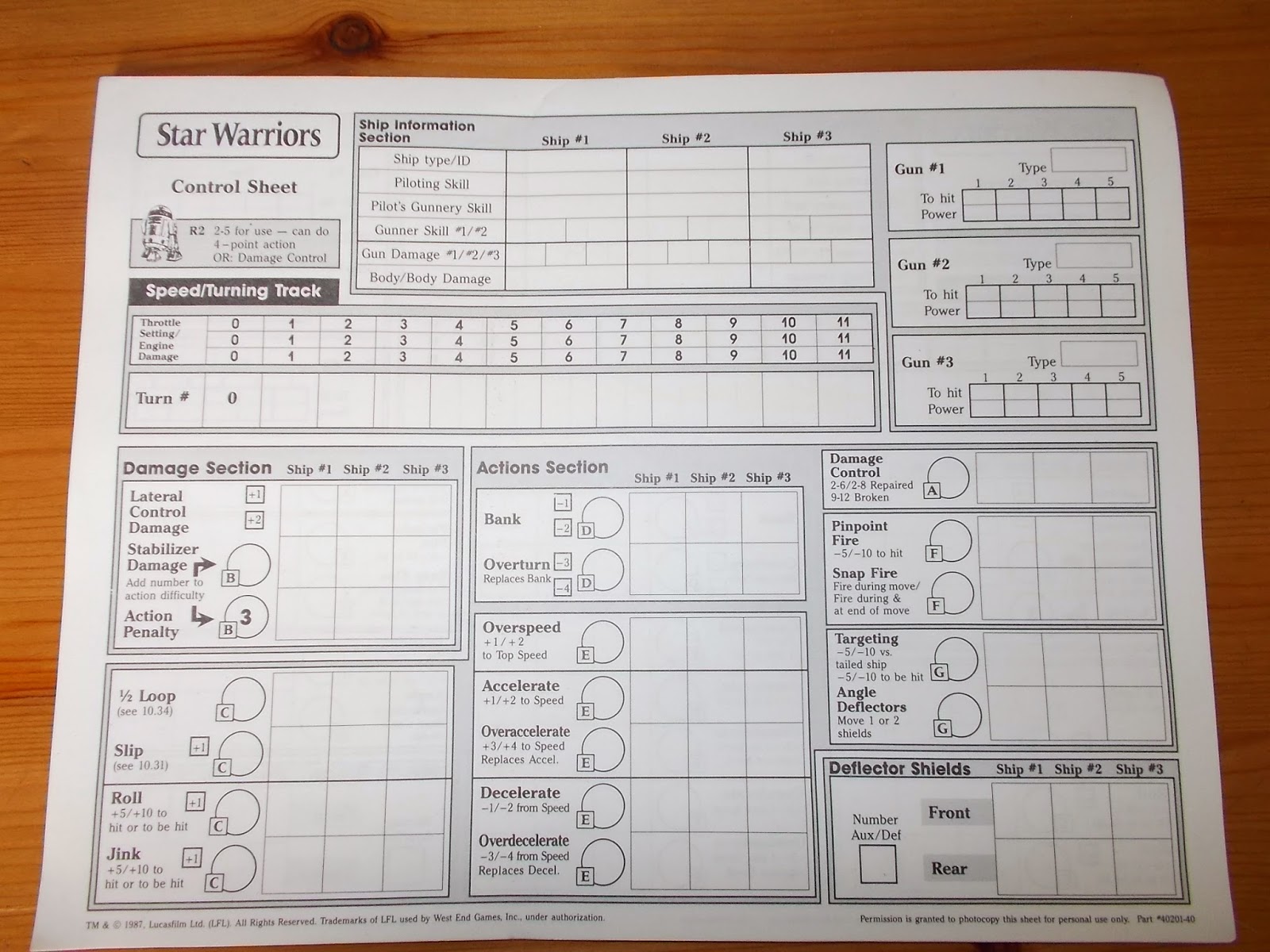 That said, these games are very much of a different time, and while games such as OGRE have had a resurgence in recent times, perhaps for the nostalgia factor of the games of old, it’s possible that something like Star Warriors might be popular once again.  However, given the collectable nature of X wing and the all inclusive nature of Star Warriors, it’s unlikely that any company looking to make serious money out of it would take that particular route.

Still, good to see how things change over the years...
Posted by John Dodd at 13:38