Getting People into Games... 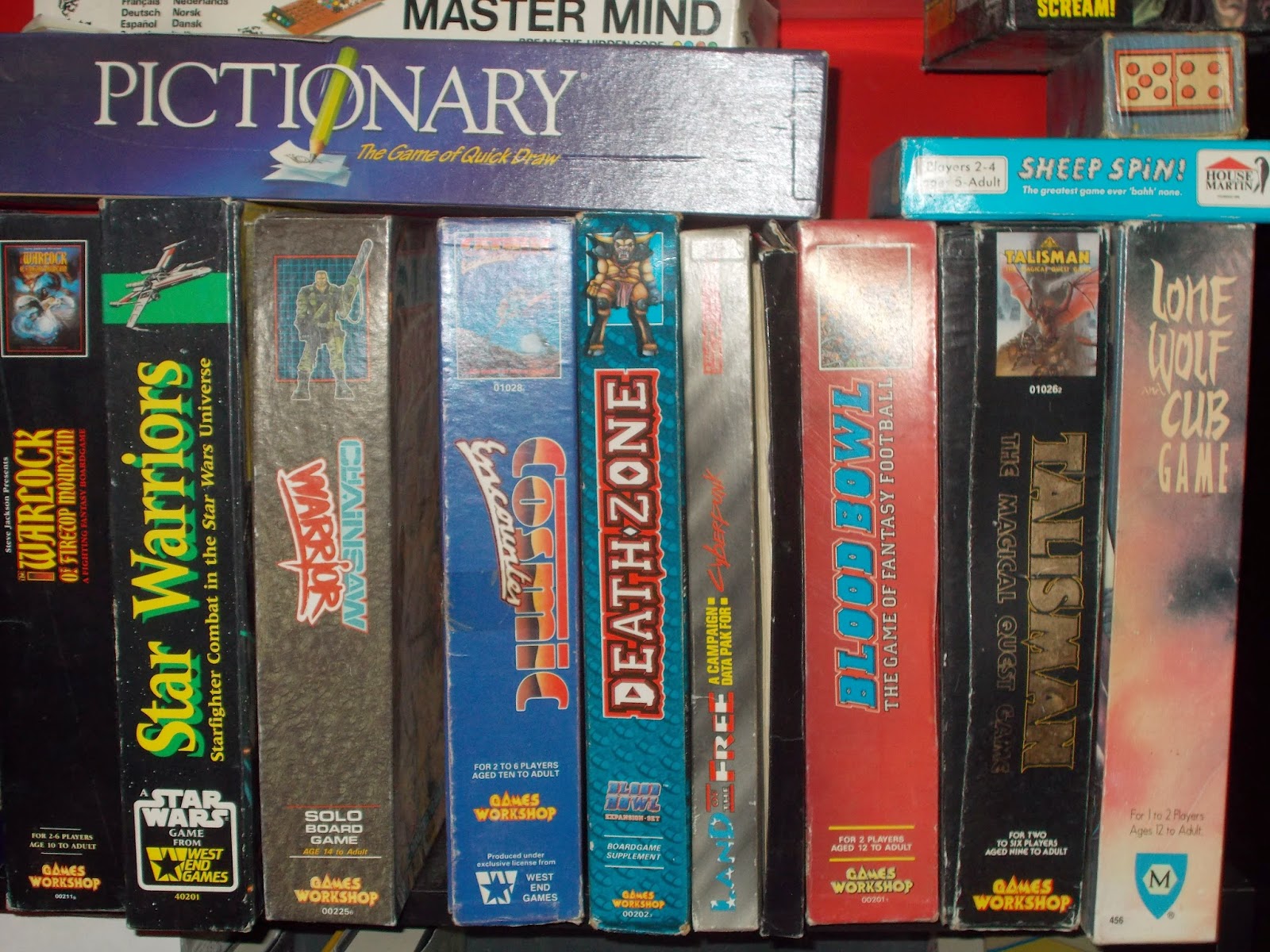 For me, playing games isn’t about the mechanics of the game, although if the mechanics don’t work, I’ll not be playing the game more than a few times.  It’s not about tactics, although if you can’t employ tactical play, it’s about as much fun as flipping coins, and I don’t get emotional about games in general, but If the game doesn’t move me on some level, I also won’t be playing it for very long.

Which led me to thinking that on some level, a game must satisfy on all levels to be something that’s going to succeed as a game, and by succeed I don’t mean sell millions of copies, I mean be a good game, and I wonder sometimes if that message is being overlooked by a lot of people out there who aren’t in the world that we’re in.

And what world is that?

The world where we understand that Monopoly and Risk are not the pinnacle of rolling dice and moving pieces, the world where sometimes the simplest subjects can be made into the best games, and the world where we can see something new based on the same set of rules and still get the same enjoyment out of it as we did when we played the first version.

For me, its games like Smash Up that show the points of what I like about games.  The basic concept is put together any two decks and play the game from there, first to fifteen points wins and any deck can be used with any other deck.  Sure, some decks work better than others, but at the core of the game, any of the decks can win if you use the right tactics.  The reason why it works for me is that while the aim of the game is the same in the end, the tactics and therefore the game change every time unless you play with the same decks all the time. As for the emotional side of things, I find that when I’m playing that game, I’ve played it enough to recognise if my opponent has a particularly good combination of decks and more importantly, if they know how to use it well. Just the thought that they’ve got a deck that will prove difficult for me to beat is enough to get a response from me.

One of my biggest bugbears in games is when the rules are so numerous that you have to spend either a month learning the game or have to refer to the rules book every five minutes to make sure you’re getting it right.  I play games to play them, and I like to introduce new people to games, and that to me is the biggest problem when you’re trying to tell anyone that games are fun, it’s the point when you sit them down after getting them to consider the possibility that games could be fun and then start to set up the board, glancing up to see that the enthusiasm they had might have already starting to wane because while they’ll spend half an hour driving to see a movie that’ll last three hours, the idea of spending half an hour setting up a game to play for three hours is beyond what they signed up for.

And then I thought back to the original article, and I started to ask, what gets people into games in the first place.  All of us started somewhere, for me it was Ludo, then Chess, and from there I got the idea that games with rules and tactics could be something fun.  Then I found Go, and I learned that the simplest rules in the world can make the most tactically complex games if done right, and that’s what I look for now when I look at new games.

1: Can I learn the game in less than ten minutes?
2: Does it take longer to learn the rules than it does to play the game?
3: Will I still be finding something interesting after the fifth game?

If it fulfills all three of these, chances are that I’ll be picking the game up and playing it, if it misses one of them, that’ll put a doubt on it, and if it misses two or more, then I’m likely to leave it on the shelf.

What about everyone else?
Posted by John Dodd at 15:29