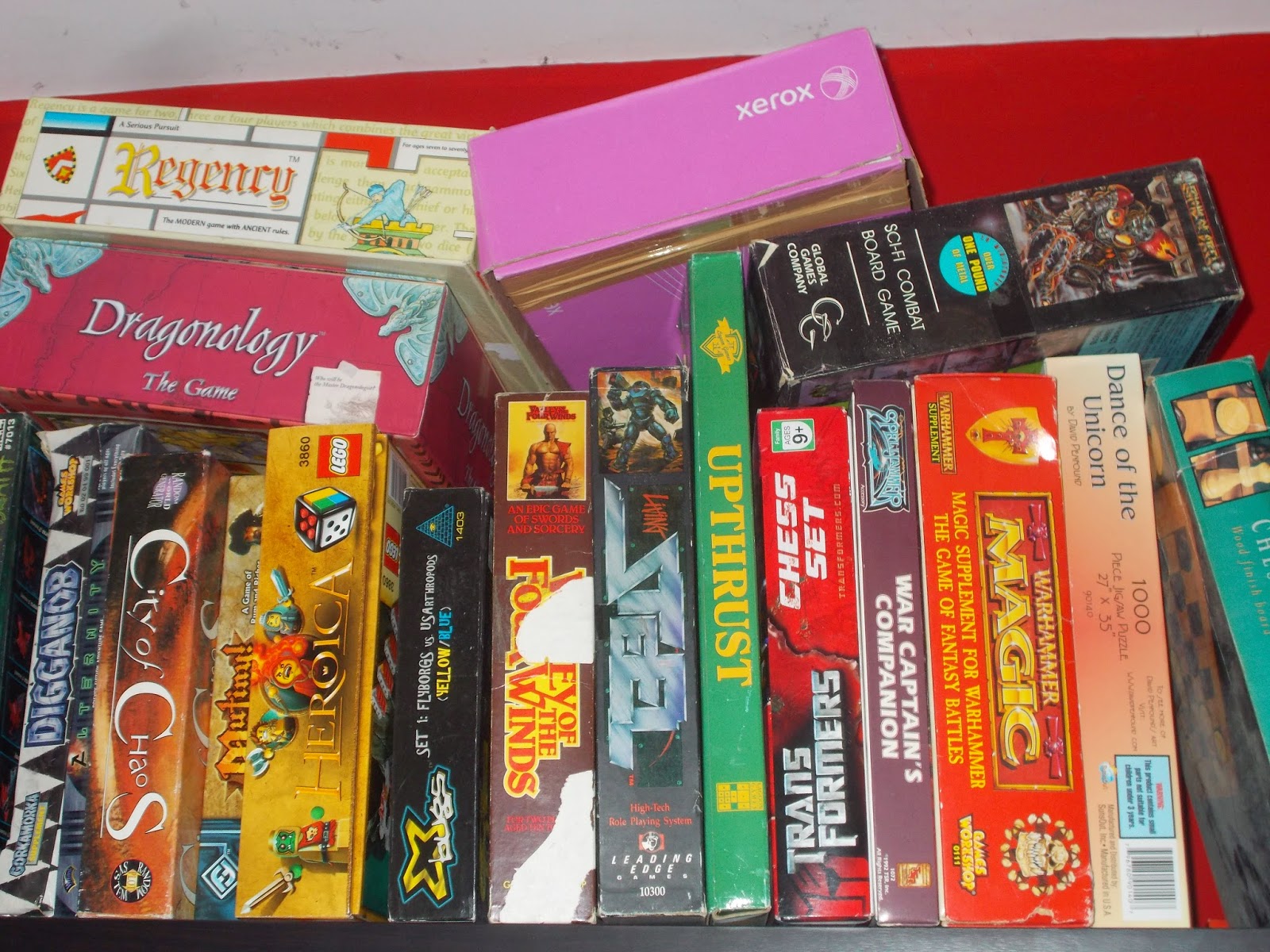 Back in August, Dave Chapman (http://autocratik.blogspot.co.uk/) posted a set of questions about roleplaying games, designed to get people talking more about RPG’s in general and also to get some ideas of what people think when it comes to games. I thought it would be a good thing to do the same thing, but not just about RPG’s, about games in general, and so having spoken to Dave briefly (the list idea was his in the first place, so the credit goes to him), I thought to ask a similar set of questions regarding board and war games in general, but this time to put a little explanation behind each one of the headings as I know that some of the august entries were a little open to interpretation.  I’m going to be doing this list in December on a day by day basis, and I’ve left the list shorter than having one every day, because there are a few days when I expect that people will be doing things other than writing about board and war (and for that matter, RPG) games.

1 – The first game you ever played, literally that, no matter what it may have been, the game that started you out in the world of games.
2 – The first boardgame you ever taught someone else to play
3 – The first game you ever bought with your own money
4 – The most recent game you bought
5 – The game that most exemplifies why you play games
6 – The game in your collection that you’re never likely to play (which is not to say that you haven’t played it before, just that you’re never likely to play it again, and why...)
7 – The most Intellectual game that you’ve ever played, and the reasons why you consider it to be an intellectual game.
8 – Your favourite counters/pieces in a game, and again, why you like them so much
9 – Your favourite premise/concept in a game, little bit more tricky this one, because the question is not whether it’s your favourite game or the best game, but the game you like the idea of the most.
10 – The Weirdest game you own, and why...
11 – An old game that you still play all the time, and for old, I mean from the first half of your gaming life, which I know for some people means last month, but still...
12 – Most memorable game played, which is often less about the game being played and more about the events that took place while you were playing the game, so let us know why it was so memorable.
13 – Best Spur of the moment Convention Purchase – Because we’re all vulnerable to shiny things, and conventions are often the place where the shiny is too much for us to resist.  Sometimes when we get the shiny home, it’s not so shiny anymore, sometimes it is, this question is for the impulse buy that turned out to be gold.
14 – Favourite Convention Game – Either the favourite game you’ve played at a convention, or the game you most enjoy playing at conventions, and why.
15 – Game you wish you owned – But just don’t, Damnit....
16 – Funniest game you’ve ever played – Similar to 12, but more with the humour
17 – Favourite game mechanics – Because if there’s one thing that makes games different, it’s the mechanics we use to play them, here the question is which game mechanic do you like most and why?
18 – Favourite Licensed game – So anything that’s been given a licence from something outside the games world, who do you think has done the best job and why?
19 – Best second hand game purchase – For all those times you went to a yard sale or a car boot sale and came away with something that brightened your whole day, tell us about it.
20 – Coolest looking game – From the designers edition of OGRE to the immense multi boards of Cthulhu wars, some games just look cool, even if they’re not the best in the world to play, here the question is what’s the best eye candy?
21 – Most complicated game – Not to be confused with Intellectual, we’re talking about the games that are so complex you need the rulesbook to get through them, what’s the game that you’ve most needed to refer to the rulebook on?
22 – Favourite game no one else wants to play – Because while you think it’s brilliant, for some reason you’re the only one that does...
23 – Game you’d like to see an improved version of – It doesn’t even have to be out of print at the moment, just let us know which game you want to see a new version of, and why...
24 – Rarest Game owned – Whatever it may be
25 – Favourite game of all time – And why...
26 – What game I got for Christmas this year – Well we need a way to work off all the turkey on boxing day...
27 – What game I would use to introduce someone to gaming – And why