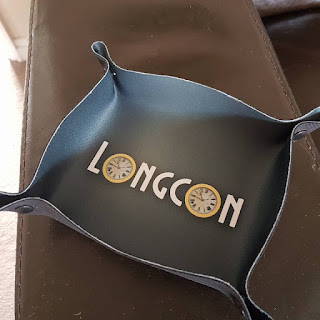 Earlier this morning I sent out the early invites for the GMs who have done scenarios before for Longcon, I know that several of them may have intentions of running things this year already, and I believe in lettin
g those who've helped in the past be the first to help in the future.

That said, I'm also looking at expanding Longcon, it started a few years back as an experiment that I was willing to take a bet on, and it's proven worth the gambit, as the games that we've had there have been some of the best that any of the people who've attended have had.

So, I'm be taking submissions for Longcon effective immediately, those offering a game should get in touch with me here, or at any of my email addresses, let me know the following:
Game Title
Brief write up of game being run
System being used
Number of players

Include with the submission if you already have players you'd like to assign to the scenario so I know to make the necessary amendments.

Last years Gallery can be found at http://www.thedodd.com/gallery