Because not only did they have a good campaign, well executed with clarity, but they were also willing to put their money where their mouth was and release the Print and Play files before the end of the Kickstarter, letting everyone have a go on the game to see if it was something they'd want to back.

All I've done is printed and stuck the cards on, but it's enough to give an idea of what the game is and how it goes.

The concept is that you're all playing time travellers caught in some sort of temporal rift, and you're trying to find the right combination of elements to escape.  In the game this is represented by scoring exactly 21 at the end of any round and the other players not managing to change your score or stop you before the end of that.

Are they often the best...?

Control has a simple mechanism, players have one action a turn, chosen from the list here. 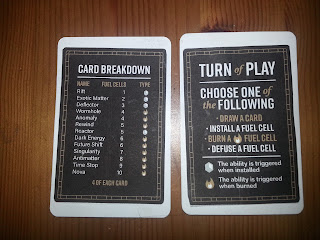 Draw a card speaks for itself, as does installing a fuel cell, but there are two types of fuel cell, teh silvers that work when you install the cell, and the bronze that make up far more of the deck, that trigger when you burn (remove) them from your score. 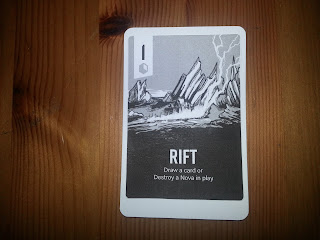 So when you play this one, you can destroy any Nova (10 point bronze) in play and draw a card as well. 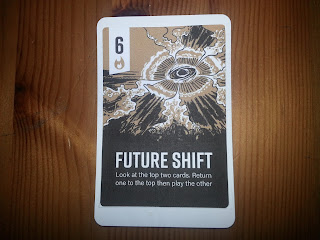 When you burn this one, you get to choose which of the top two cards that you may play, which can lead to other combinations and start a chain reaction of events leading to the win. 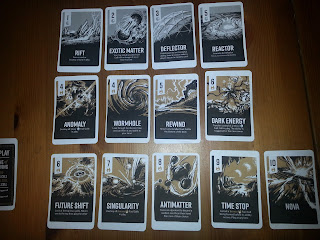 There are a number of different cards involved, all of which have different special abilities and react in different ways, and while it's fun as a two player, it really shines when you get three or four players in at once as the dynamic shifts from just trying to get the score to making sure everyone else doesn't.

It's a fast play, you can get through a game in less than five minutes when you know what all the cards are, but when you've got a group of good players, the game can go on for more than half an hour before someone gets the right combination.

The Kickstarter page can be found at https://www.kickstarter.com/projects/keymastergames/control-a-strategic-card-game, full review when my copy arrives
Posted by John Dodd at 16:04