On the subject of Mind Games 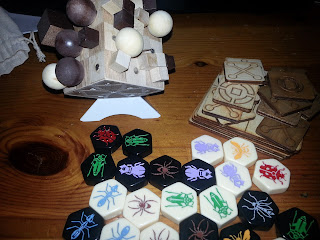 And I don’t mean the sort that humanity plays with itself on a regular basis, I’m referring to games where there’s no element of random chance in the game, where both players start with the exact same resources, and it’s whoever plays best on the day that comes away with the win.

I’ve been looking at this sort of game a fair bit more in recent times, it’s one of the hazards of running conventions, you get to see just how much of a thing random chance can be when there are things like Dice involved in the mechanics of the game.

Now don’t get me wrong, I love dice, but I love them for games where the outcome isn’t a challenge of skill between two (or more) people, and I have no doubt I’ll come to those sorts of games tomorrow.

For now though, I’m looking at games like Go, Chess, Hive, Mijnelieff, and in recent years, like Onitama and 3d pawn, games where the players all have access to the same resources, and so the game becomes a true matching of ability.

There are several things I like about these sorts of games.

The first of which is that in almost all cases, the rules for the games are very simple, but the possibilities when the game is afoot are all but endless.  To me, this makes them the perfect games to get other people into gaming, because they won’t have to spend a year reading up on rules and icons before they can even get to the table, and that makes a world of difference in getting people over their initial hesitation.

Secondly, most of these games are undeniably tactile…

Years ago, I would not have considered this to be something that would enhance the feel of a game…

These days…?  I like playing with good pieces, I like playing with pieces that sum up the feel of the game, I enjoy the clacking of tiles, reminiscent of a Mah Jongg den as the players lay down their pieces.  I like the element of choosing the piece and considering it, it provides a more solid connection to the game for me, particularly when it’s appropriate to the game.  A side effect of this is that many of the mind game I play are also very easy to transport, usually fitting in a small bag. 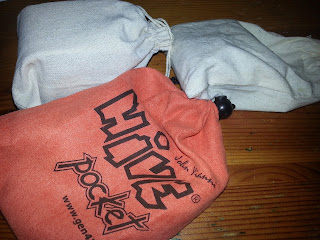 Onitama for example, lovely pieces, all of which are appropriate for the game at hand, because even though it’s a representation of a martial discipline, it’s being done through monks, and all the pieces work well to that effect.
Last, but by no means least is the joyful point that there are far fewer arguments when playing this sort of game.  My personal theory on this is that because there’s no point in the game where you have an outrageous turn of fortune where your 27 attack dice certain win all failed to roll hits and your opponents five die Hail Mary pass turns into certain death.  This in turn leads to more people being accepting of the game result because everyone can see that the moves being made were done within the confines of the rules and neither player has anything to complain about other than their own performance.

I’ve never been to the Mind Olympiad, but I’m giving it some thought for this year, if nothing else, I want to see how these games operate when played at the highest level, if the sportsmanship that I’ve seen at the lower levels extends all the way up.

But I am interested in everyone else’s opinions of this sort of game and if you do play them, which ones are your preferred?
Posted by John Dodd at 14:51