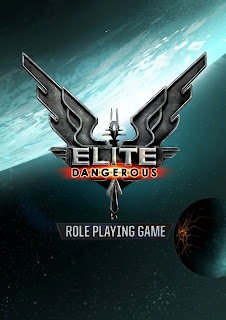 Well, with the discovery of Thargoids earlier this week, I thought it was about time I took a look at the latest itineration of the Elite: Dangerous RPG, specifically the adventure that’s been given for free download on the EDRPG.co.uk site.

It’s got to be said, the initial views look to be encouraging…

System is a D10 base with skill modifiers, simple target number to beat system but with the provision of Karma points that allow you to modify the results.  The trick however is to ensure that you don’t use up all the Karma points, as they could (literally) save your life if you have some remaining.

Layout and artwork is spectacular, all clean lines and sharp images, as you would expect from an official game with the backing of Frontier, but it’s worth mentioning that the people doing the game are a two man team on their first RPG, so the production values are really quite something to be noted.

The adventure itself is linear, the players are part of the Asellus Primus police force, sent to investigate a ship drifting without power in space.  On the way there, they intercept a distress signal from a ship under attack that they have the choice to assist or not, with consequences and bonuses for whichever action they take.  When they beat the pirates (or zip straight past them), they then board the drifting ship and find out that all is not well within system. 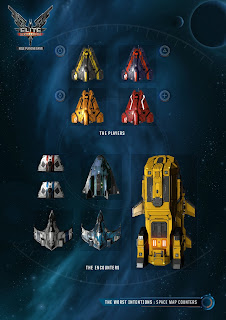 It’s well written, the encounters are clear and the rules are easy to follow.  I haven’t seen the character generation, but it is somewhat reminiscent of the Silhouette core systems used by Jovian Chronicles, which would be a perfect start for this man.

The thing here is that when most people are asked what system they would use to play Elite on the tabletop RPG scene, the immediate answer is Traveller, and you can see why that would be the case. So why would you want to go for something that isn’t Traveller, in order to play something that on the surface appears to be very much like Traveller, and the answer to that comes in the way this adventure has been put together.

Elite: Dangerous is very much an action game, there are those who go out on vast long distance treks into the unknown, but the core of the game has always been trading, getting better ships, and going after that Elite status badge through whatever means.  If this adventure is anything to go by, it gets into the action, doesn’t let up, has plenty of plot and keeps the players occupied and while the space combat rules are never going to match playing the game itself, it captures well the feel of the game and the team making it have lots of ideas on where they want it to go and how they’re going to get there.

More details at www.edrpg.co.uk and we’ll be monitoring the kickstarter from here as it goes live.
Posted by John Dodd at 14:52