New expansions for Era: The Consortium

I've spent the last day or so taking an advance look at the new material for Era: The Consortium, in particular the three books currently being offered up as part of their next kickstarter.  There's already a wealth of material out there for Era, but they just keep on throwing more things out there.  It's a bold model to take, releasing as many different books as they are in smaller bites rather than having a single larger book to look through, but it seems to be working well so far.

The three books in question are Rapier (the Hacking Sourcebook), A New Dawn (Psionics), and The Fifth Race (dealing with the emergence of the Pilangrathilon), and as with the books before them, they share a number of common aspects... 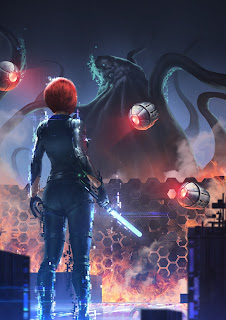 Rapier deals with the aspects of computer security and the breaking of it, together with the nature of the different things that you can encounter while in the electronic world.  It's a small book (31 pages) with ten of those pages being the fiction in the book.  The system works aren't complex, and provide a basic framework for dealing with hacking systems and protecting against hackers.  The understanding has to be present that as with all things in Era, the rules are there to fill a need, not provide a complete overlay of that aspect of the game.  Hacking is a part of the game, but it will never be as essential as it is to games like Cyberpunk and Shadowrun. 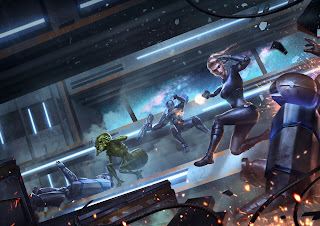 And that brings us to A New Dawn, similar format to Rapier, 31 pages, sixteen of which are fiction with the rest being devoted to the systemworks. Psionic abilities are covered in brief, as are the potential hazards of using them, the potential for madness for those who spend too long playing in the realm of the mind, and the dangers of having a psionic coming after you.  As with Rapier, it's enough to give you something to work with, but not so much that it takes over any aspect of the game. 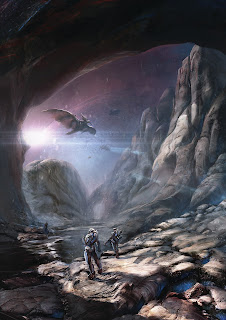 Which brings us to The Fifth Race, largest of the books at 50 pages, with a commensurate amount of fiction (22 pages), describing the first encounter and subsequent emergence of the Pilangrahilon.  A race of small sentient semi-avians, given to belief in the order of things and a persons fate already being decided before they were born.  There are rules for new weapons, new bionics, and new equipment, making this the most immediately usable of the three books and certainly the one most likely to see use in the average campaign.

As always, production values are high, artwork is spectacular as always, my one bugbear remains that I believe there should be more rules and less fiction in a splatbook, but the rules that there are to the point and fit the system well. Overall they're good products that deal with individual subjects well, and if it all comes together in a single rulebook one day, it'll be complete in ways that nothing since Traveller has been.

The Kickstarter is still running at the moment, you can find it at https://www.kickstarter.com/projects/shadesofvengeance/era-the-consortium-expansions
Posted by John Dodd at 14:30