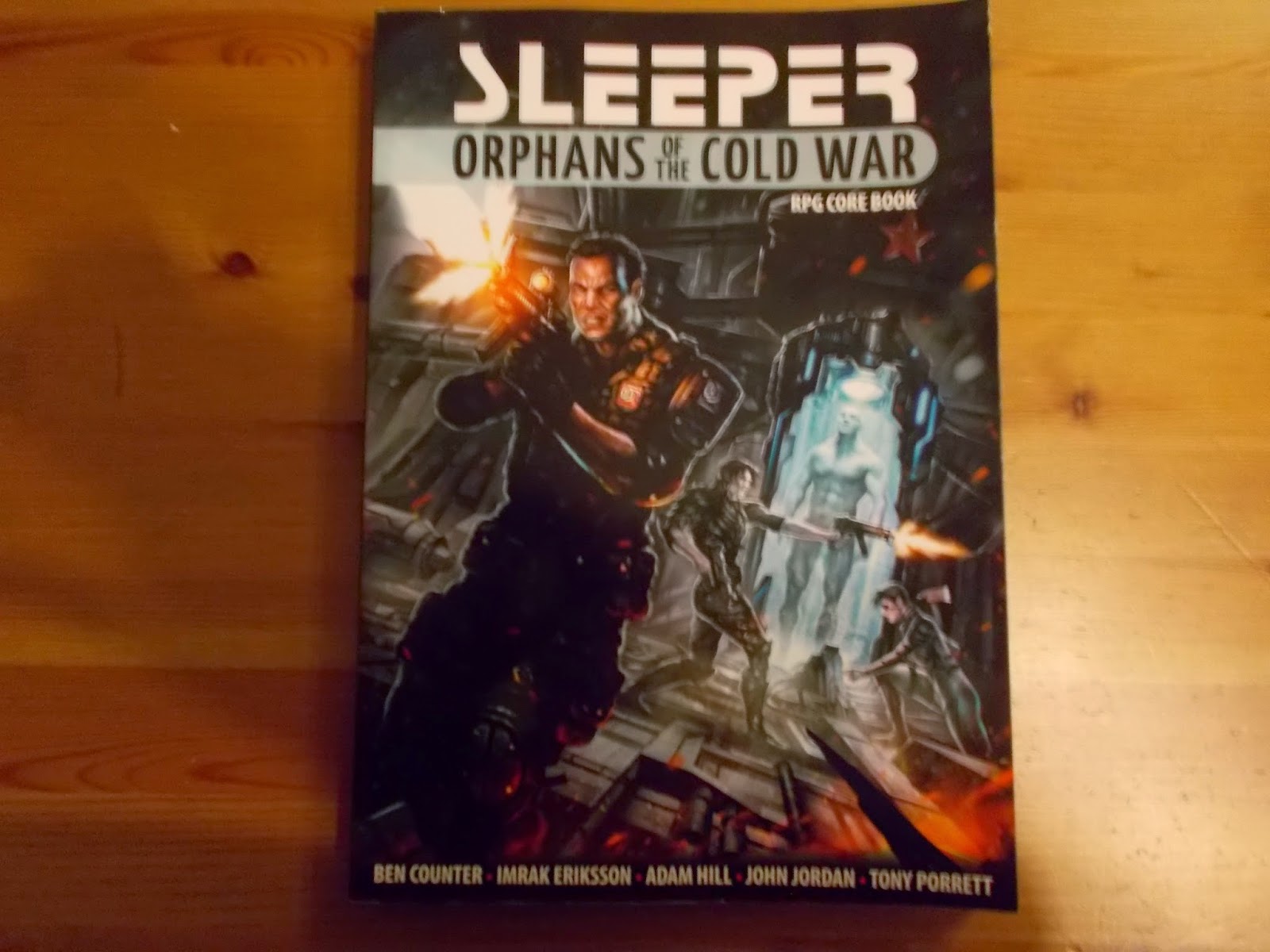 The second entry to the awards this year has been a number of years in development and was one of the RPG entries in the Dragons Den at Expo last year.  Sleeper takes place in a world where the various supersoldier programs that were running at the time of the cold war didn’t come to fruition while the war was still on.

But they’re up and about now the war is over… 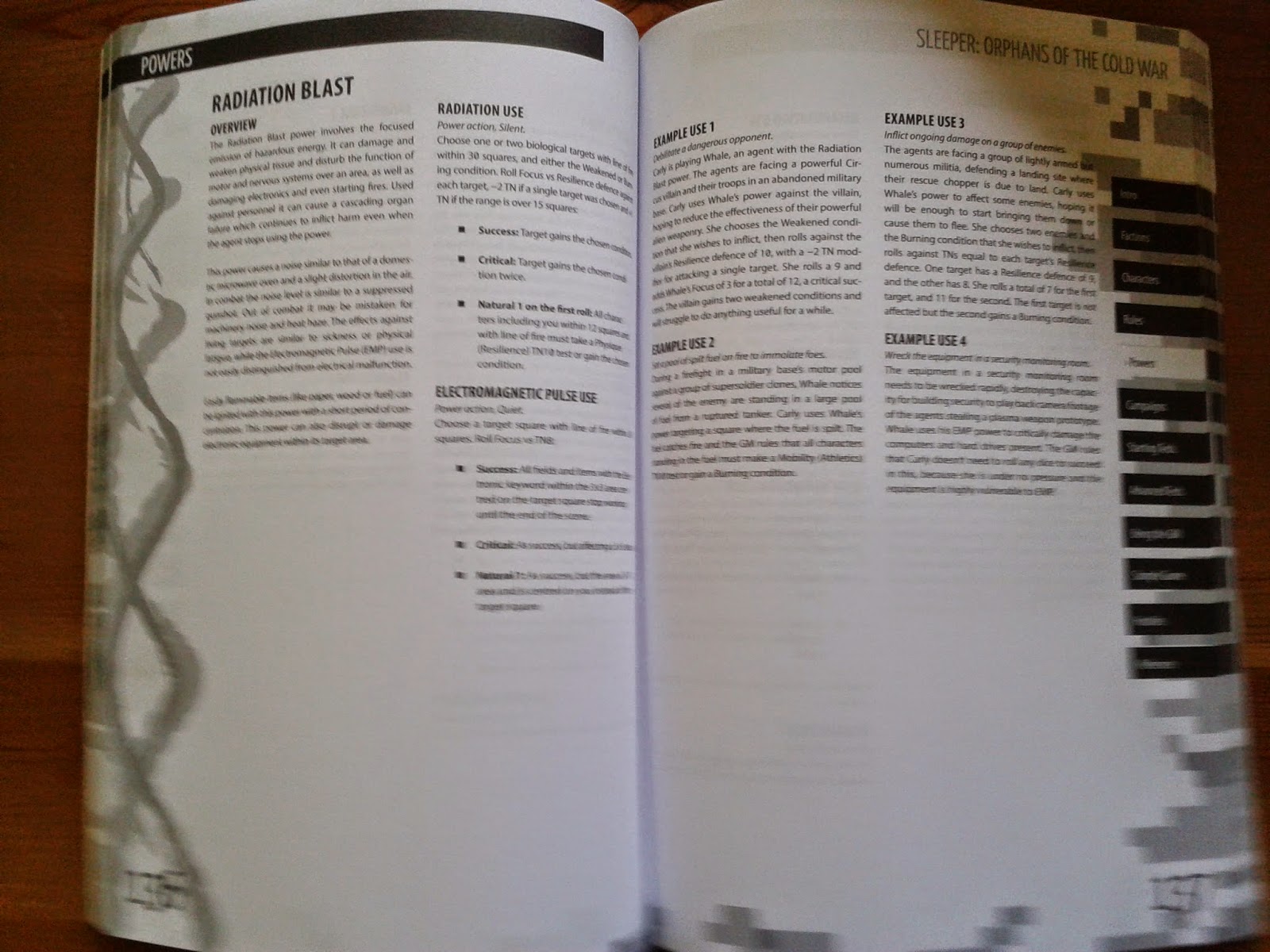 Good premise and written in lively style, the background paints an engaging picture of soldiers with powers beyond those of mortal men engaging in rolling battles over objectives that not even they know the relevance of.  There is an interesting range of powers available through the book and many of them are anything but mundane in their nature.  An example of this would be (and every group picked it out, which is why it’s appearing in these notes) Entrail Burst, wherein the character gets to try and attack the enemy with their own entrails…Or tie them up, using their own entrails…or…

You get the picture… 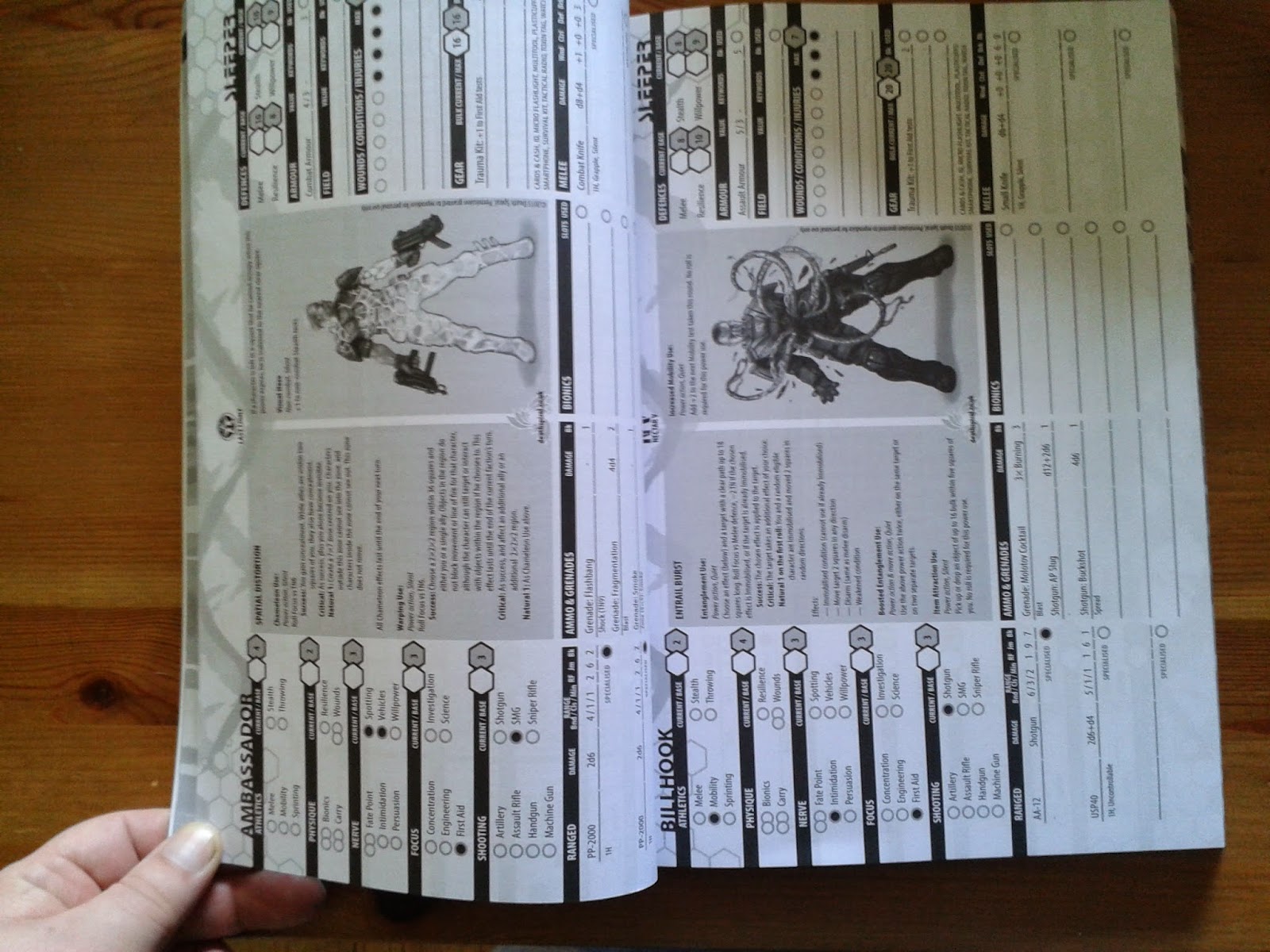 With such imagery present, it can’t be said that the game is for children, and there is a mature players advisory in the opening pages that is well earned by a short read through the background material.  With this in mind, the teams moved on to the rules and found something that polarised the opinions of the judges.  The basic rules for skills are roll versus target number with a variety of modifiers, but it was the combat rules where the difference of opinion occurred.  The combat rules are designed to take place on a board, with modifiers for almost every conceivable possibility that could enter into the equation, and rather than flowing quickly as the single skill roll for the main skills does, the modifiers system does slow combat down to the point where plotting distance and tactical play take up a good portion of each combat round.

Those who were very much in with the flowing nature of the basic skill tree and the background found this to be a little jarring when it came to switching out of Roleplaying mode and going into Wargame mode (to put it in perspective, there’s less rules in Warhammer 40k than there are here), whereas those who saw the game as an extension of how these agents would be trained to fight thought that it was an excellent addition and well matched the idea of the game. 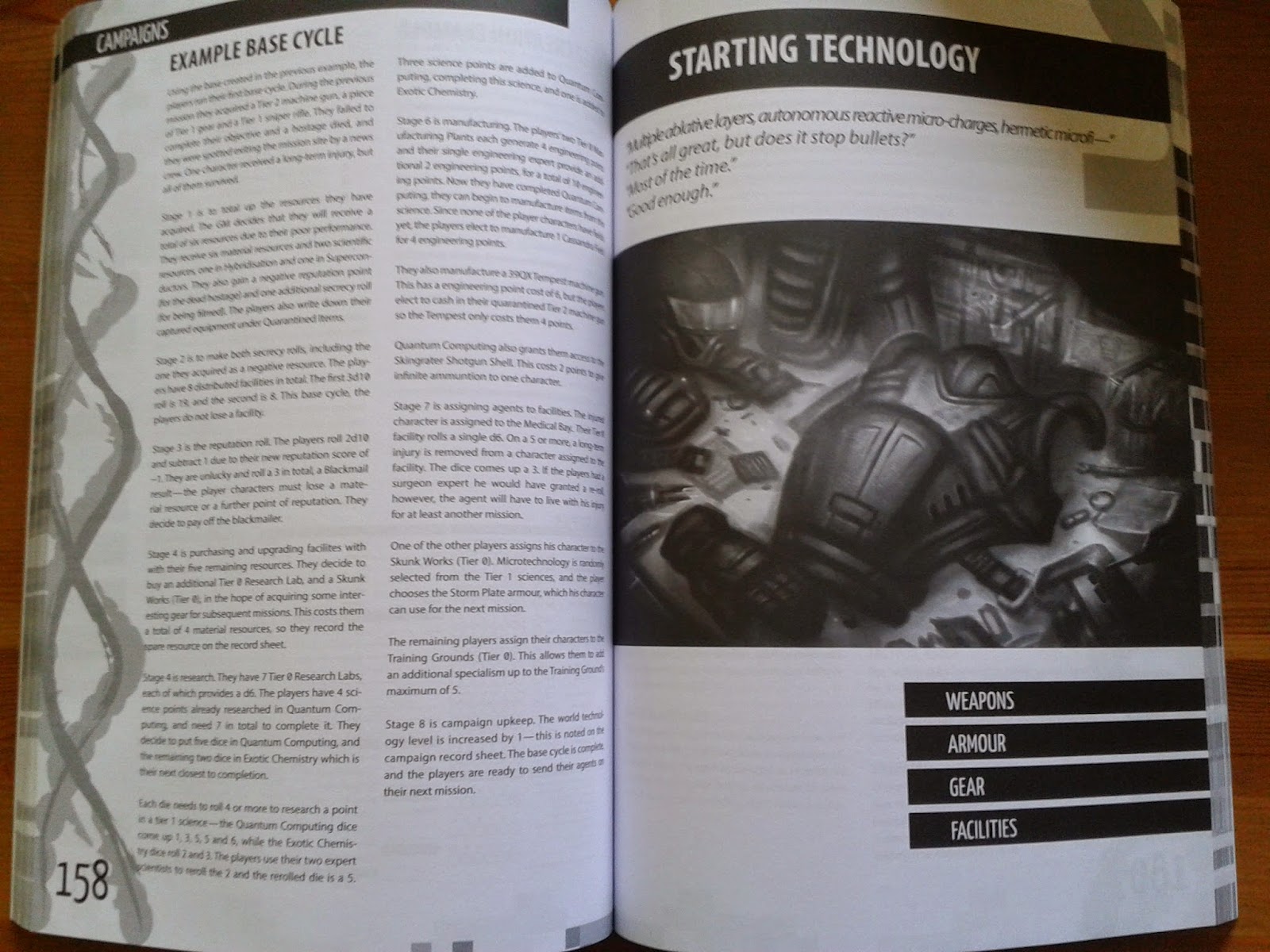 On the subject of artwork, the teams were aware that the copy sent to us for the awards was an advance release, and that the finished product may have more artwork in it, but there was a level of disappointment after seeing the excellent front and rear covers to find that most of the artwork in the book was either of the characters, or of a single scene that gets repeated at another point in the book.  Layout is otherwise well done, plenty of content in the near three hundred pages.

And with that, we’re on to the Judges comments

Fantastic premise, plenty of atmosphere, doesn’t flinch from presenting the world as a dark place full of shadows.

Not sure If it’s a tactical game with roleplaying elements or a roleplaying game with tactical elements, It’s possible to do combat without the board, but it doesn’t work as well.

If there’s going to be a miniatures game to support this, I’ll be buying it, but a lot of crunch for an RPG.