The Butcher and the Cleric - Acolyte Miniatures Review

I like games with interesting pieces, from the hundreds of different types of chess sets out there, to the millions of miniatures for wargames, all the way up to the massive pieces used in Cthulhu wars.  I like the idea that the pieces you use to play the game are not only relevant to the game, but also accurate for their use. 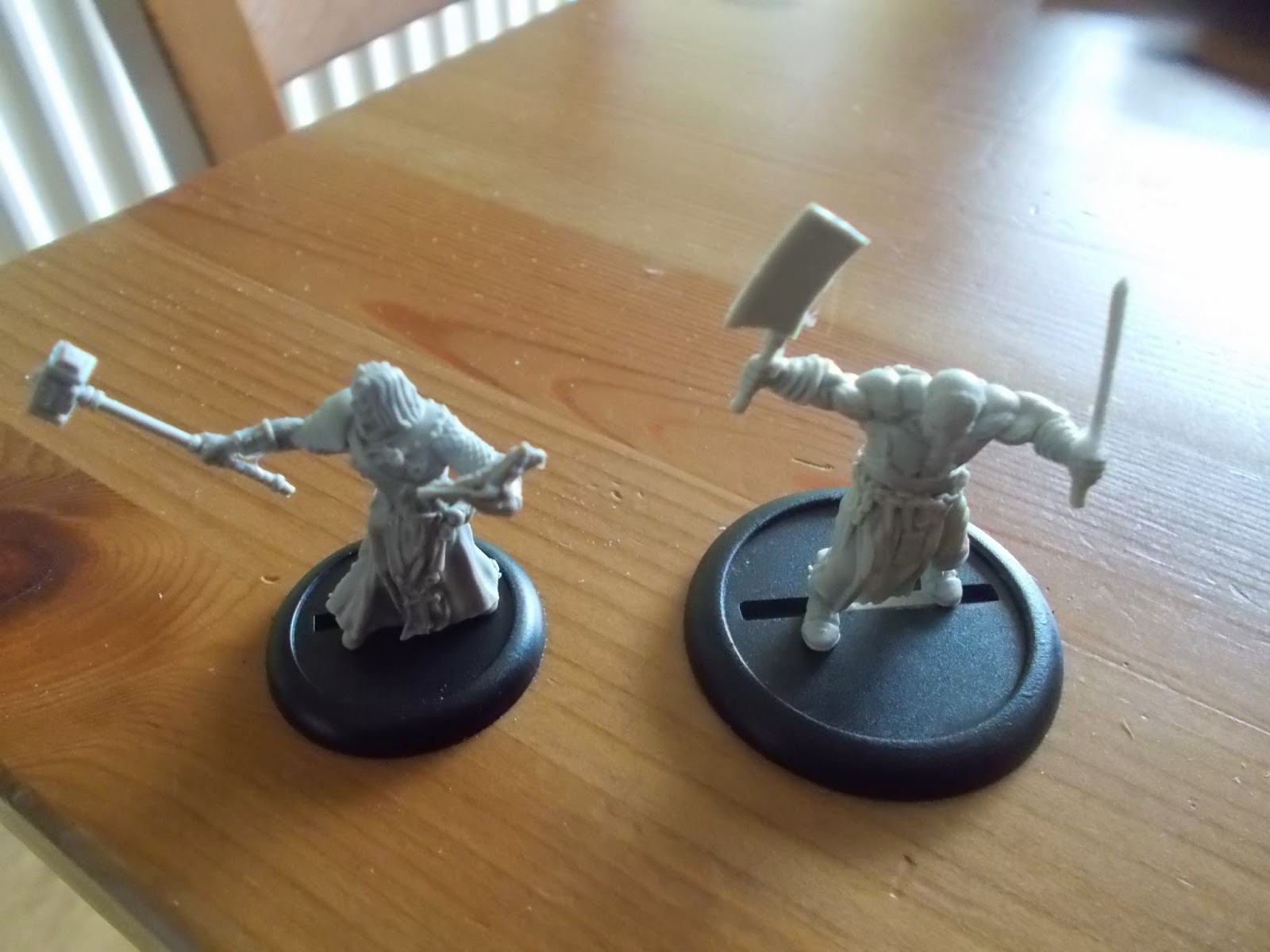 That said, there’s a great deal to be said for well crafted miniatures that you can use in a variety of different games, and it’s there that we find the latest offerings from Acolyte Miniatures, the Butcher and Cleric Roberto de Foresta, both ostensibly for a series called the House of Lies and Bones, which by itself sounds intriguing, but which has yet to be expanded on, so I’ll stay to the review of the miniatures themselves.

Both of these mini’s were provided by Acolyte miniatures for review purposes.

Not for Beginners says the packaging

I’d be inclined to agree

The immediate point I’d make is that the detail on both figures is fantastic, the lines are clean, the casting is immaculate, and the main body of both miniatures is sturdy and likely to last well.  I started out with the Butcher, which is cast in 32mm and is larger than the Cleric (down to needing a larger base, which I’ll come to in a minute), but still only has three parts to the whole of the mini, so construction shouldn’t have been a problem. 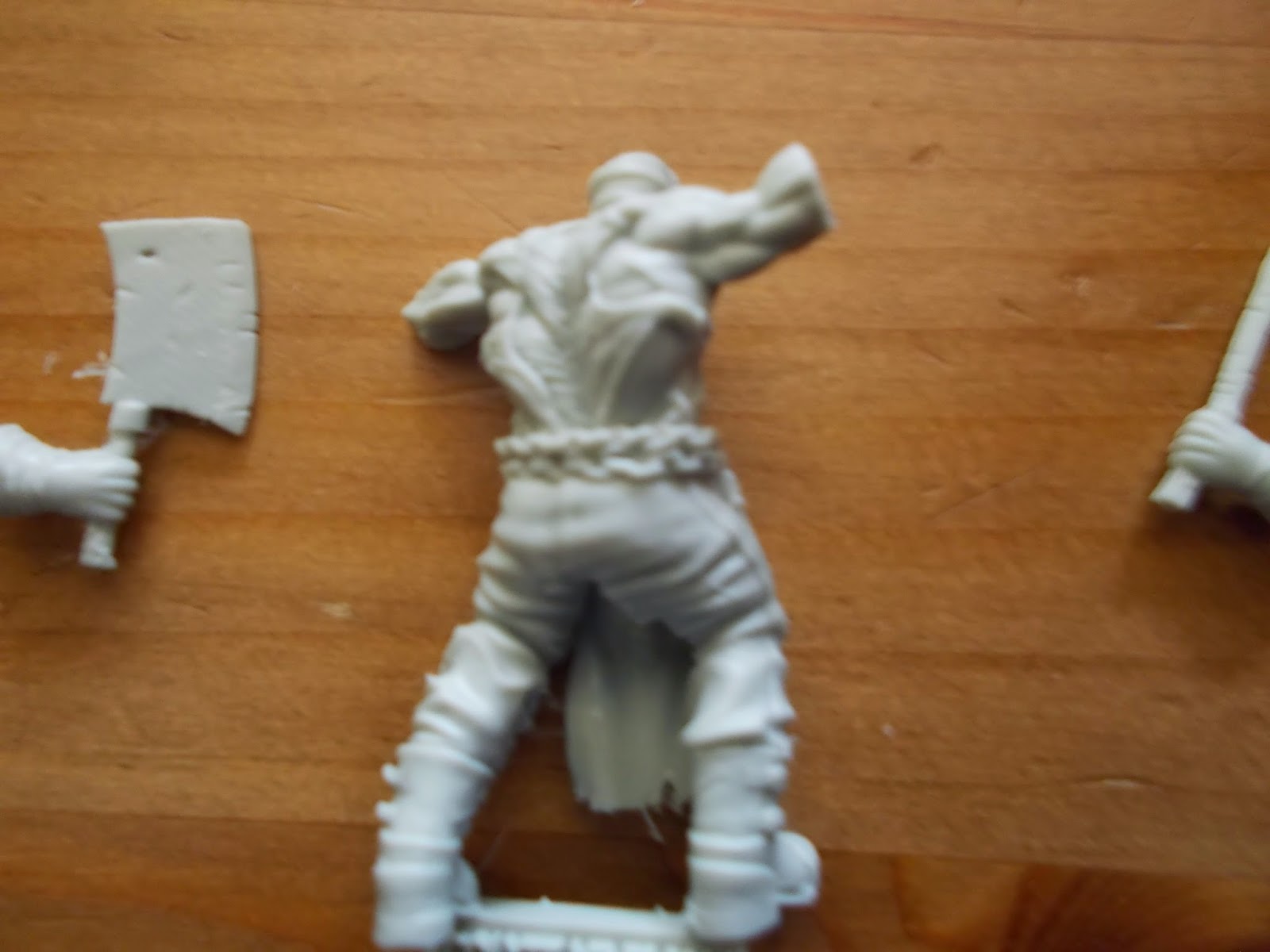 Looking at the way the figure is put together, with drilled points at the end of both arms, I expected that the hands would probably have a counterpart section so that they could be fitted into said drill points to make putting the figure together easier. 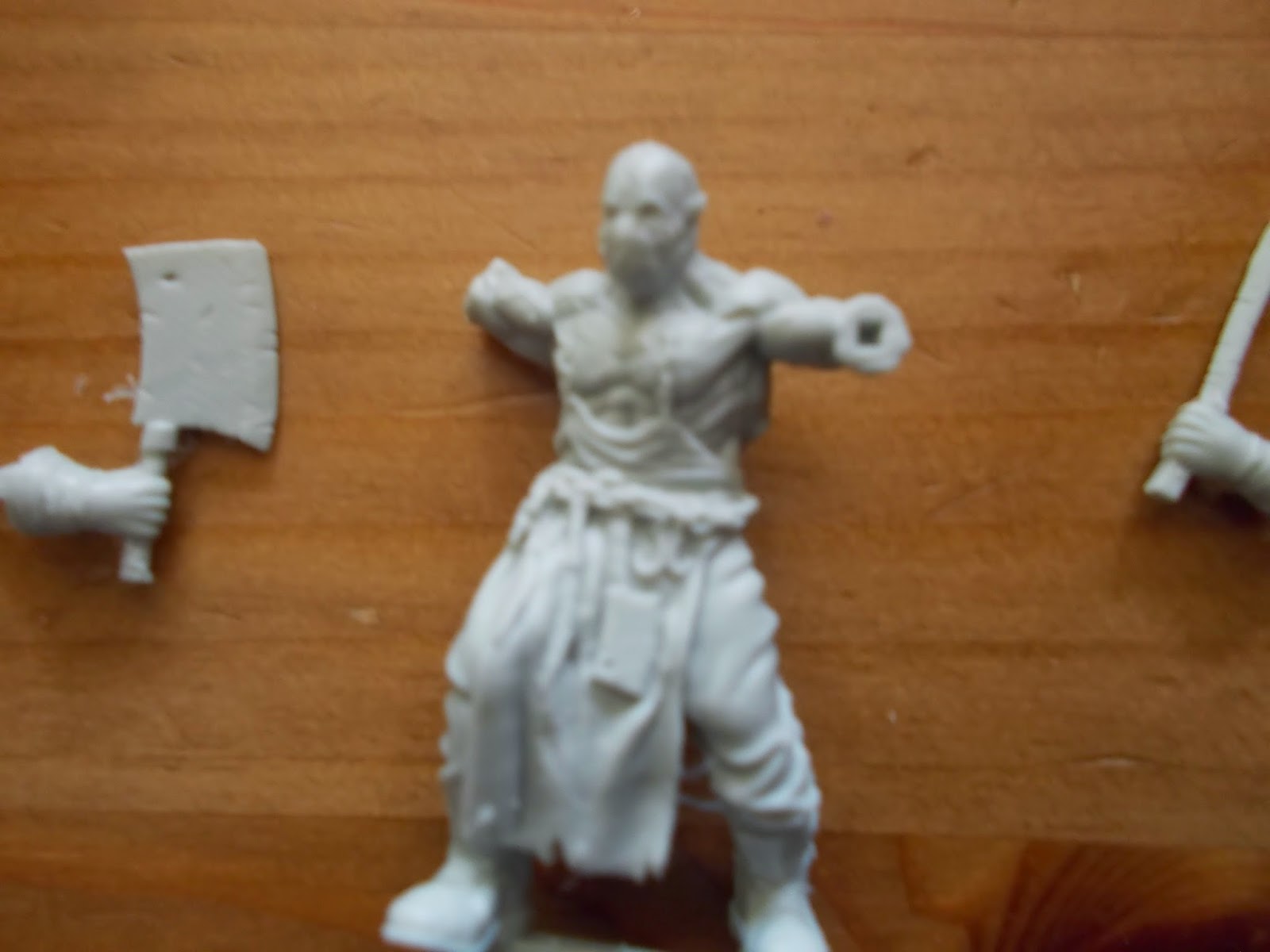 No problem though, out with the modelling kit, snipped off the spare from the end of the hand and tried to fit it... 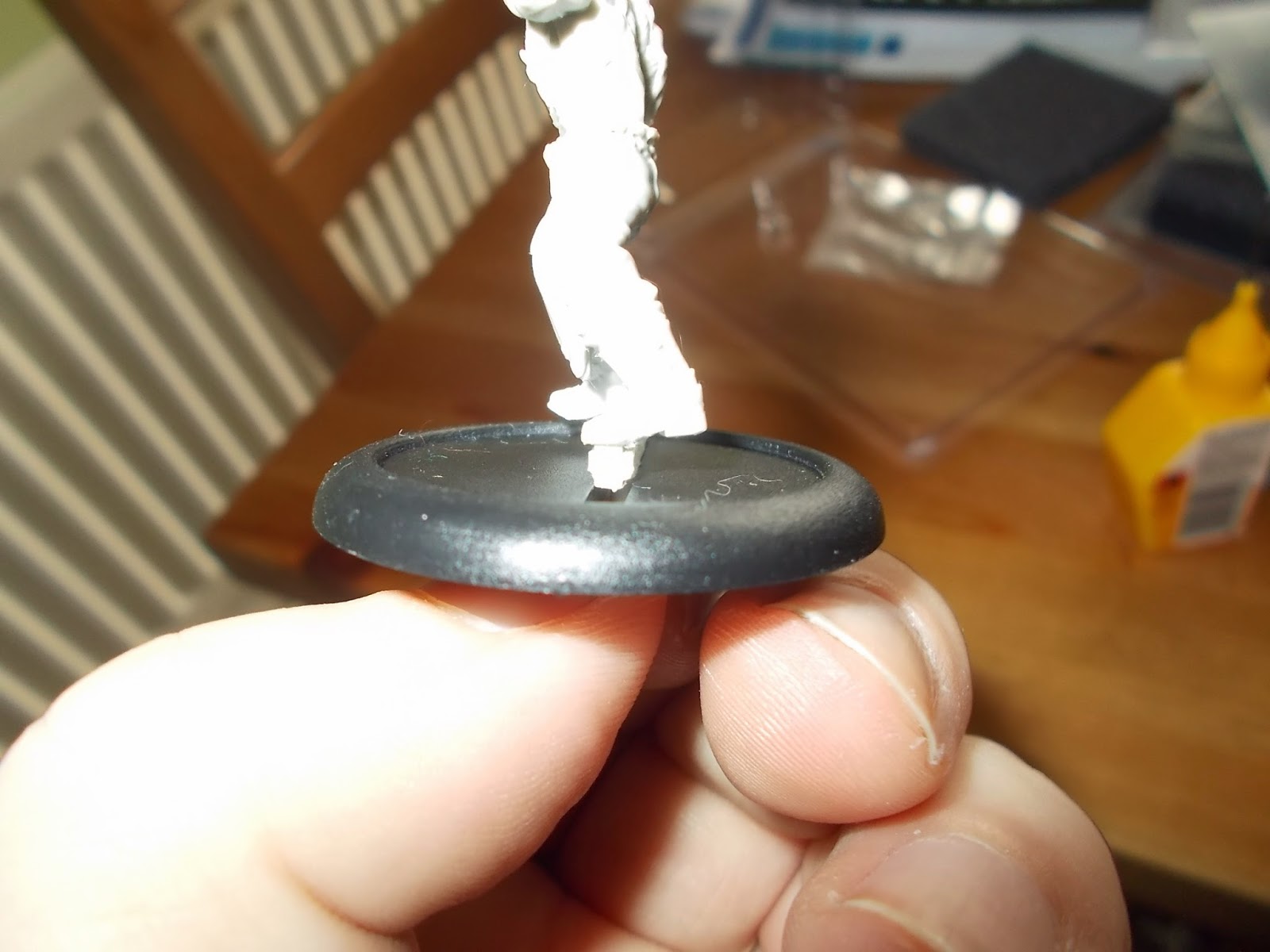 Sanded it down to flat and fitted it on that way, no problem, and then came to fitting the mini to the base, and that’s where I encountered the problem that it didn’t fit into the base provided, the wording on the mini stood proud of the slot and wouldn’t let the figure descend, sanded it down and it fitted fine, then I took a look on the website to see that the Butcher miniature on the website at

had the same profile, and figured that they must have sent me the same model for my review, particularly as I had one more figure to review...

Which brings me to the Cleric... 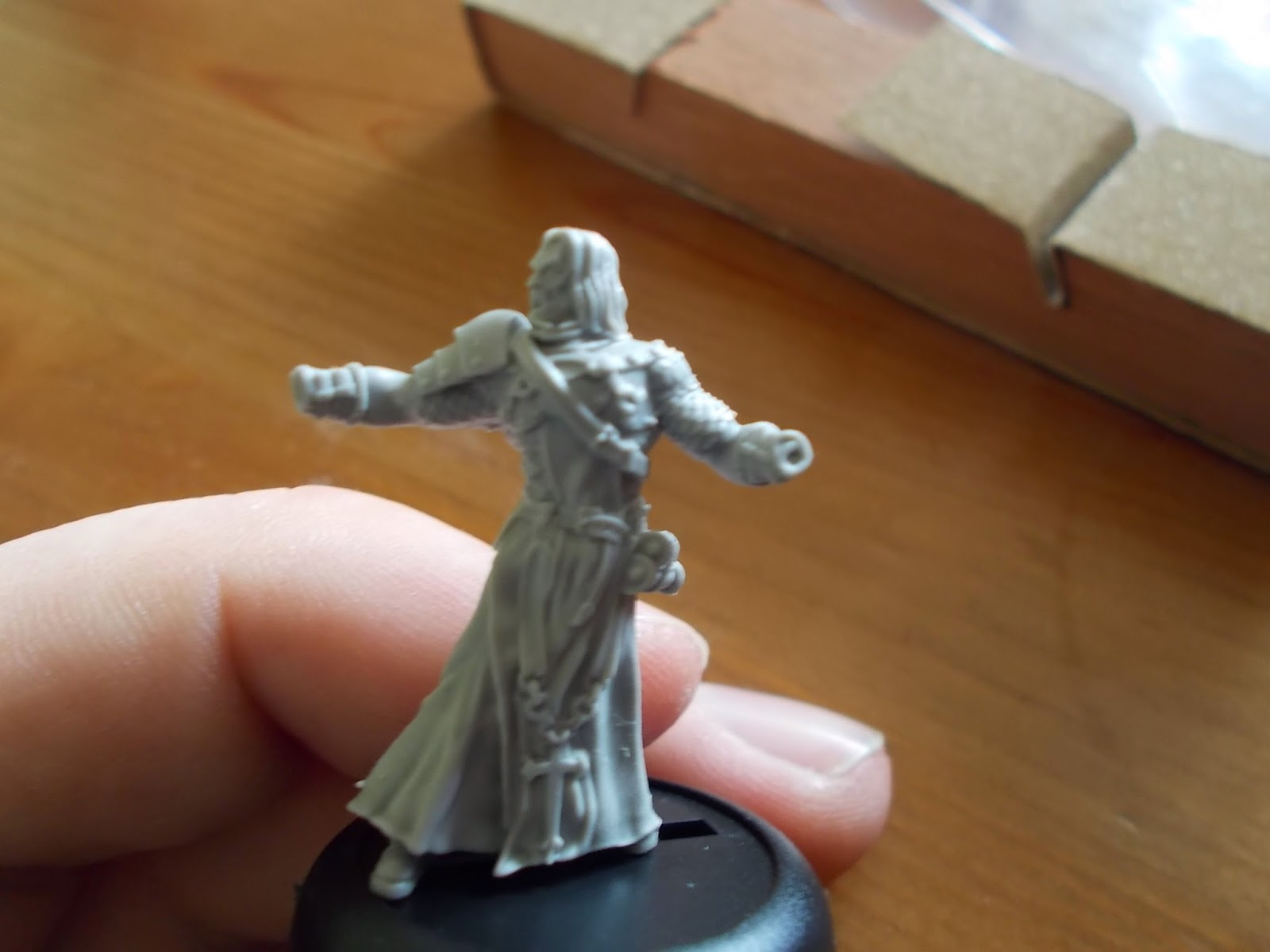 Excellent news, this one fit in the base without any problems, very fine detailing on the figure and all the component parts of it (of which there are many).  I considered going with the sword, but considering that the sword was the only one of the weapons that didn’t have a hand already attached to it to attach to the arm and the hand provided wasn’t positioned in such a way that it would hold the sword properly, I went with the hammer. 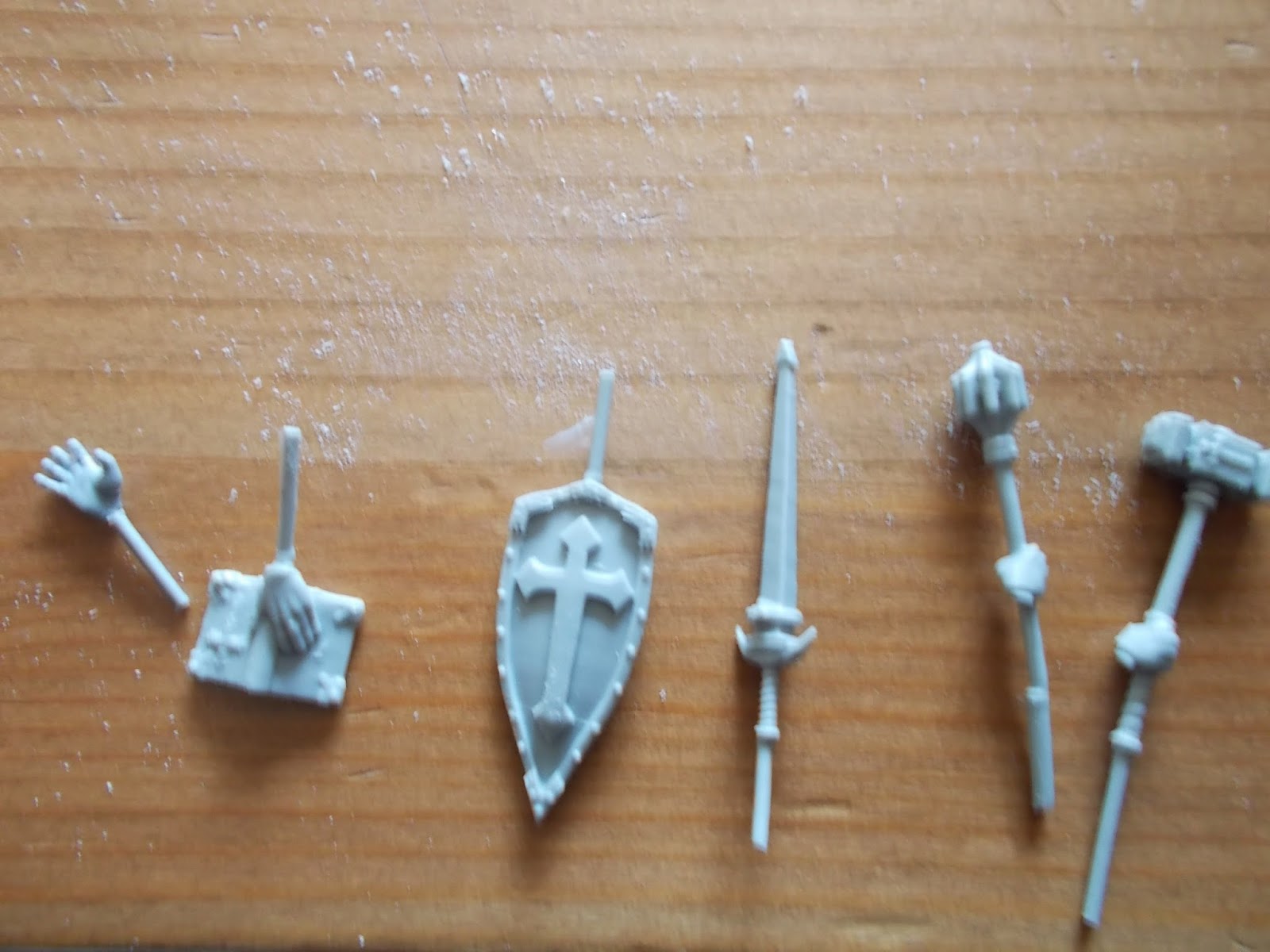 Easy to put together this time, and both figures are now finished and ready to be painted (which I will not show the results of as I’m sure my painting isn’t up to professional standard) for use in any game I see fit. 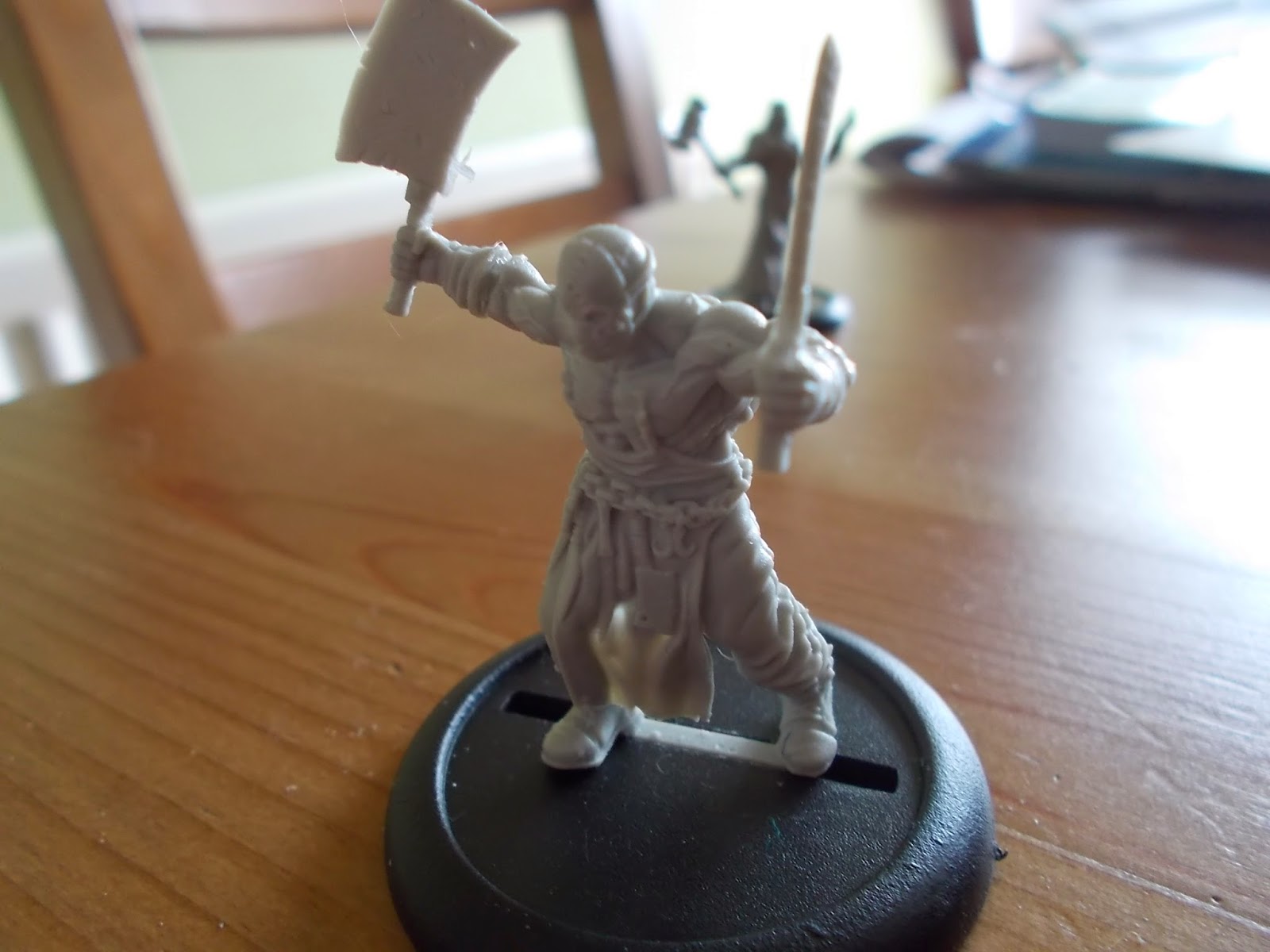 The greatest strength of these figures is the detailing that’s been done, they really have gone to town getting all the individual lines and contours well cast, and well painted, these figures would be a boon to any game that’s played with them.  The attachments aren’t the strongest I’ve ever encountered, which is a problem you run with anything that’s very finely cast, but when assembled, you’re never going to be picking them up by the extremities, so that shouldn’t be an issue. 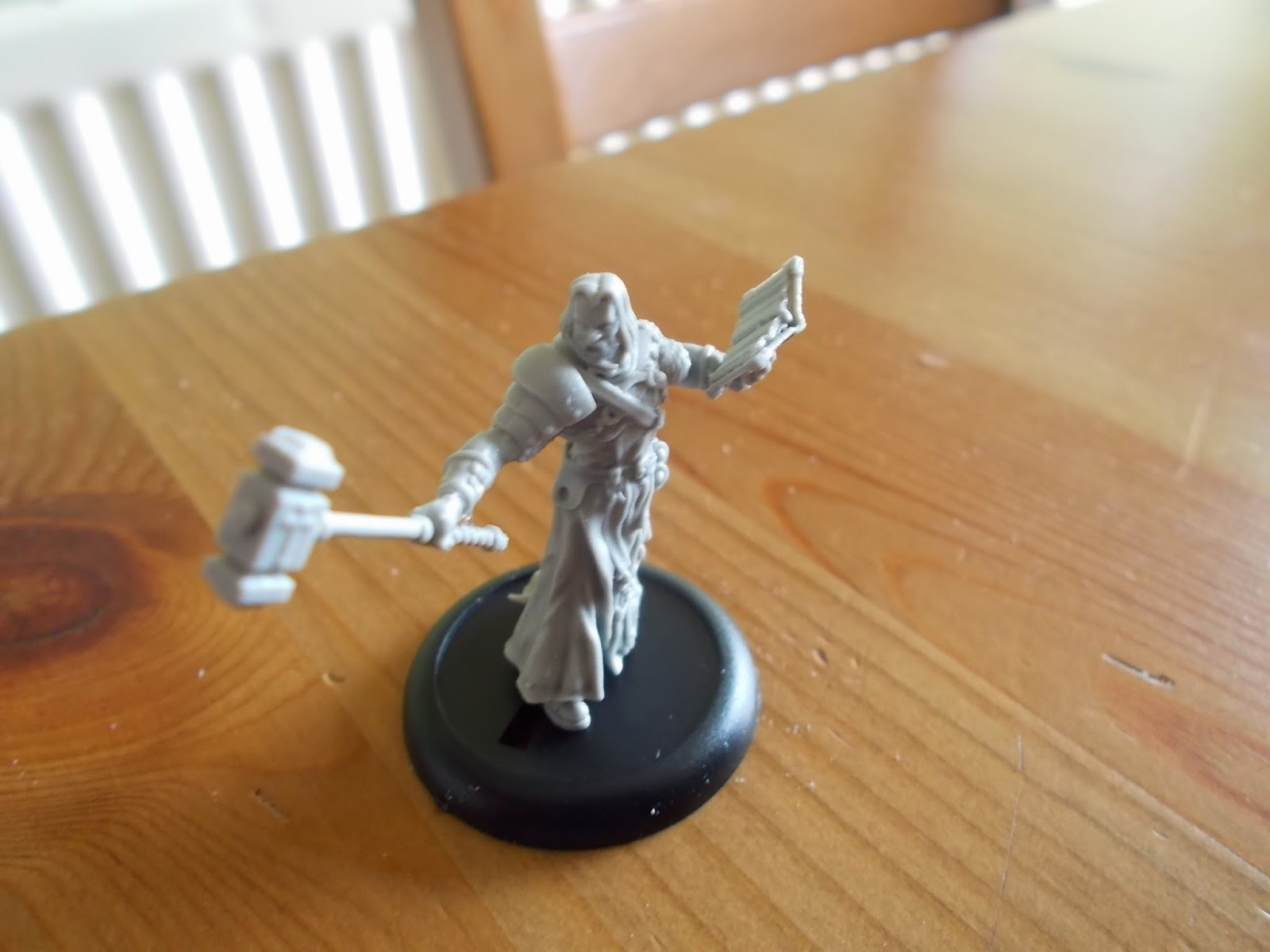 Which brings me to the matter of costing.

Acolyte are presently offering either of the figures on their website for £12 plus postage, which puts them at less expensive than smaller models in the GW finecast range, delivery is noted as 4-6 weeks from point of order, but the packaging that the two I have arrived in was well sealed and properly foam protected so the figures would arrive safely. 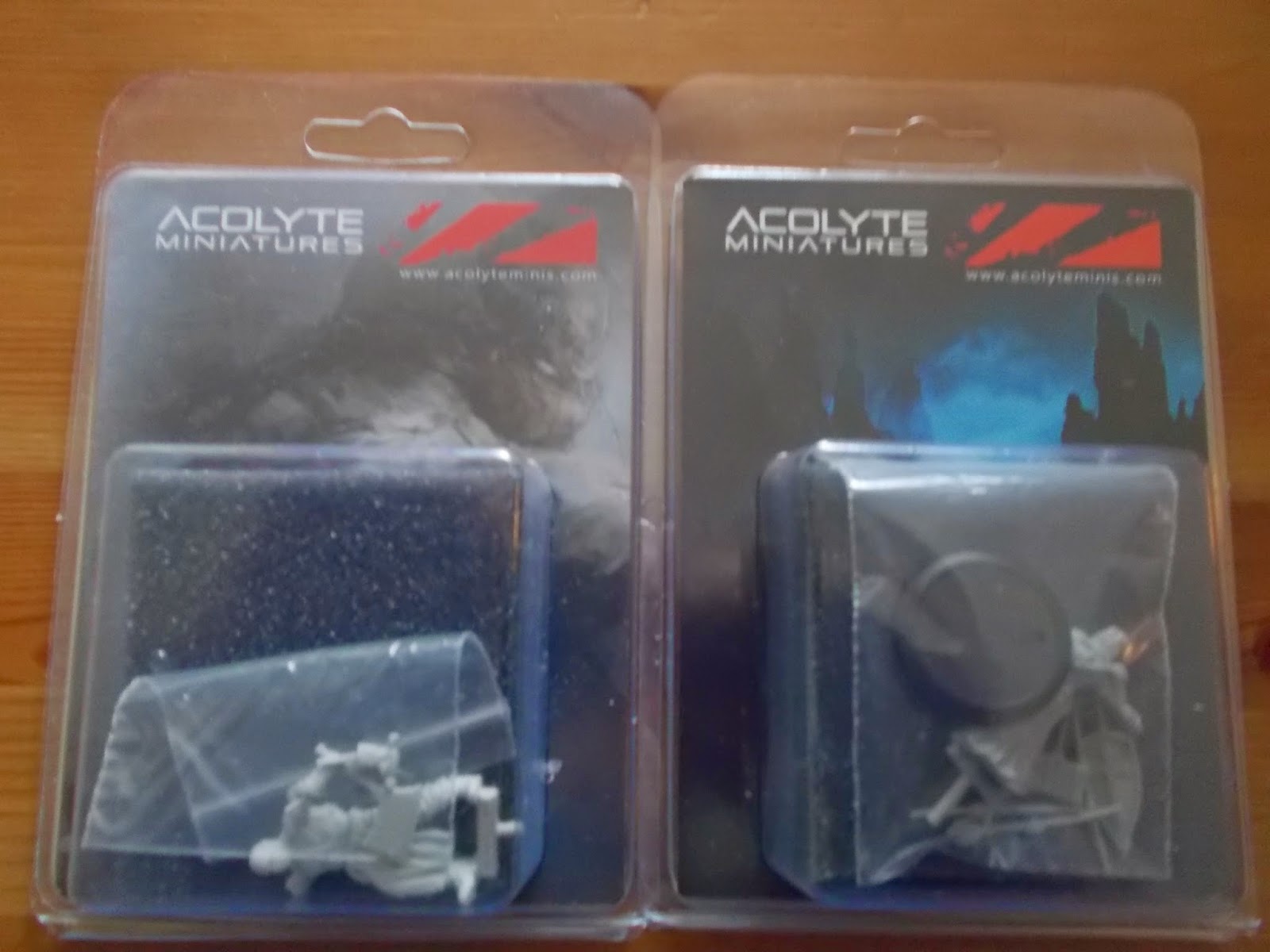 Overall, they’re very nice figures and there’s clearly been a lot of thought go into them.  I’d like to know more about the storyline that they both come from and I’d like to see more on the website regarding what’s coming next (as there appears to be 54mm and 72mm figures coming up as well), but as a start into the market, they’re excellent quality and will certainly find use in a number of games I run.
Posted by John Dodd at 12:03